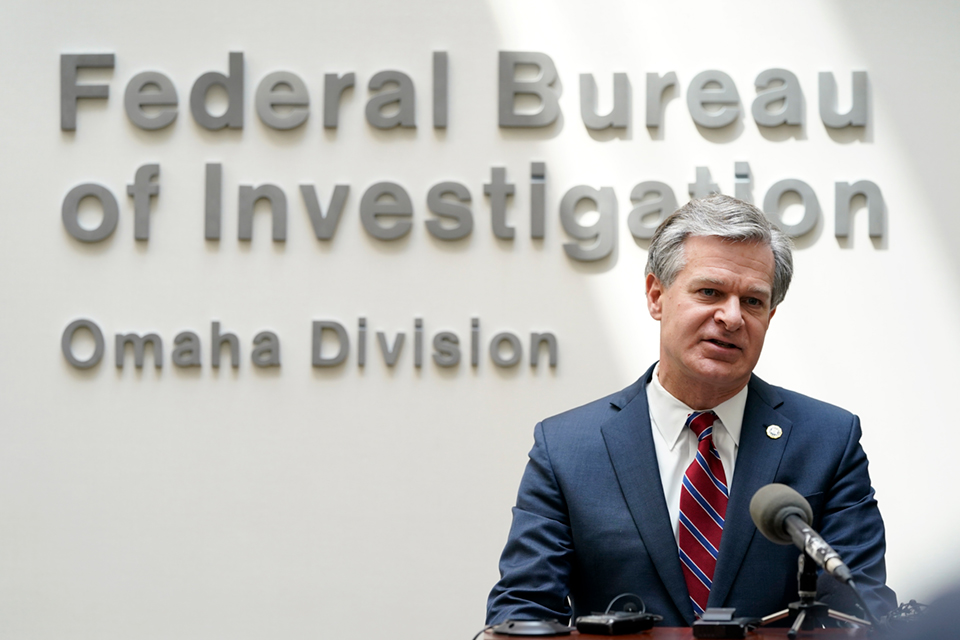 WASHINGTON (AP) — A U.S. senator is pressing the FBI for more information after a whistleblower alleged that an internal review found 665 FBI personnel have resigned or retired to avoid accountability in misconduct probes over the past two decades.

The whistleblower told the office of Iowa Sen. Chuck Grassley, the top Republican on the Senate Judiciary Committee, that the Justice Department launched the review of the FBI’s disciplinary database in 2020 following an Associated Press investigation into sexual misconduct allegations involving at least six senior FBI officials.

The follow-up review found 665 FBI employees, including 45 senior-level officials, resigned or retired between 2004 and 2020 following a misconduct probe but before a final disciplinary letter could be issued, according to a letter this week from Grassley to FBI Director Christopher Wray and Attorney General Merrick Garland.

It was not clear how many of those cases involved sexual misconduct. Grassley’s office, which declined to make the whistleblower or underlying documents available to protect the person’s identity, said in its letter it was still seeking that information but also characterized that number as possibly being in the “hundreds.”

“It’s been alleged to my office that the data involved an element of sexual misconduct, which comports with the purpose of the ... review that was done because of the Associated Press article,” Grassley wrote in his letter that was first shared with the AP. “The committee welcomes any clarity the Justice Department is able to provide.”

Asked for its response, the FBI told AP it intended to respond to the oversight committee first. It declined to comment specifically on the whistleblower’s allegation or to provide its own tally of disciplinary cases and how many of them involved sexual misconduct.

It instead issued a statement saying it has a zero-tolerance policy toward sexual harassment. “The FBI looks critically at ourselves and will continue to make improvements. The bottom line is, employees who commit gross misconduct and sexual harassment have no place in the FBI,” it said.

The AP investigation in December 2020 identified at least six sexual misconduct allegations involving senior FBI officials over the prior five years ranging from unwanted touching and advances to coercion.

It found that several senior FBI officials have avoided discipline — quietly transferring or retiring with full benefits — even after claims of sexual misconduct against them were substantiated. In one case, an FBI assistant director retired after the inspector general’s office concluded that he had harassed a female subordinate and sought an improper relationship with her.

In its statement, the FBI said that since establishing a working group just days after the AP story was published, the bureau has implemented a series of changes, including a 24/7 tip line with a licensed clinician where employees can report abuse, and a working group of senior executives to review policies and procedures on harassment and victim support.

Grassley asked in his letter for updates on other changes recommended by the Justice Department, including that it fast-track investigations to reduce the chance an accused employee could become eligible for retirement and leave the FBI before a probe can be completed.

The FBI noted that it cannot legally prevent someone from resigning or retiring. “It is infuriating that we are left with little disciplinary recourse when people leave before their case is adjudicated,” the statement said.

David J. Shaffer, a Washington attorney who represents several victims of sexual misconduct in the FBI, called on lawmakers to examine how often the bureau opens internal investigations against women who come forward.

“The most serious abuse of the FBI disciplinary system is to retaliate against the very women who complain by starting investigations against them after they report sexual misconduct,” he said, “thereby discouraging reporting in the FBI due to fear of retaliation.”

Tracy Walder, a former FBI agent who left the bureau in 2006 after she filed a sexual harassment complaint, said she believes such misconduct is pervasive and is glad it is finally being taken seriously.

“I do not believe that the entirety of the FBI behaves this way. In fact, there are many excellent agents. However, because of the way I was treated, I feel a sense of shame and ‘What if?’ And this behavior has been allowed to continue for decades.”