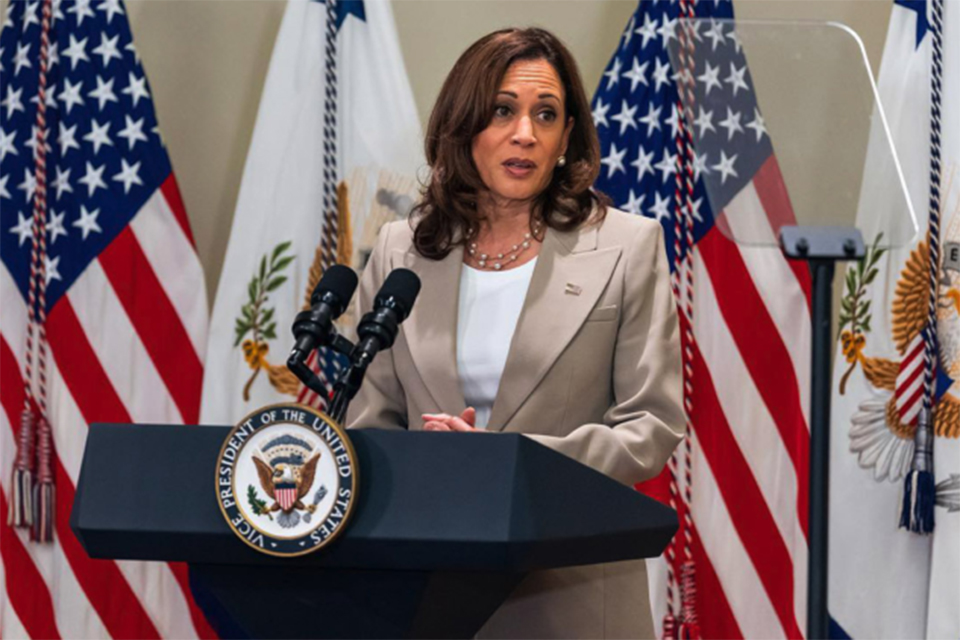 Harris said the administration recognizes the continued difficulty that Black-owned businesses have in finding funding.

She acknowledged that they routinely are the first to suffer during an economic downturn.

The SBA & the MDBA

Among a slate of new actions by the Biden-Harris administration, the vice president announced that the Small Business Administration (SBA) would propose a rule this fall to expand its lender base by lifting the moratorium on new Small Business Lending Companies.

The action would allow new lenders to apply for a license to offer SBA-backed 7(a) small business loans.

Harris said to facilitate greater availability of small-balance mortgages, and HUD would issue requests to solicit specific and actionable feedback on the barriers that prevent the origination of these mortgages and recommendations for increasing the volume of small-mortgage loans in federal programs.

The White House said these and a host of other new policy steps follow two recent announcements by the administration of billions of dollars in investments for Community Development Financial Institutions (CDFIs) and Minority Depository Institutions (MDIs).The actions aim to deliver capital and resources to underserved small businesses and the community lenders who serve them, Harris stated.

“Small businesses are the engines of our economy and the path to economic prosperity for countless Americans in underserved communities,” the vice president asserted.

“Community lenders – including CDFIs, MDIs, and others – are vital to unlocking the full economic potential of these communities, turning previously sidelined talent into a source of economic growth and shared prosperity for all.”

Earlier, Janet Yellen, the U.S. Department of Treasury secretary, said the White House sought to use the Freedman’s Bank Forum to shine a spotlight on how the administration’s pandemic relief efforts supported Black – and minority-owned businesses.

The forum, launched in 2015, seeks to develop strategies to help stamp out and overcome systemic racism in the financial industry.

“Unfortunately, for too long, the small business ecosystem in underserved communities has struggled to keep up with better-funded businesses and entrepreneurs in more prosperous communities,” Harris stated.

“Entrepreneurs of color regularly report being turned away by traditional financial institutions for loans at higher rates than their white counterparts. And the community lenders committed to filling that gap similarly report that shortfalls in capital and technical capacity limit their ability to invest in the communities that need them the most.”

Click here to view a White House Fact Sheet on the Biden-Harris initiatives to help Black-owned and minority businesses.

This article was first published on the NNPA