Biden on Ending Hunger in US: 'I Know We Can Do This' 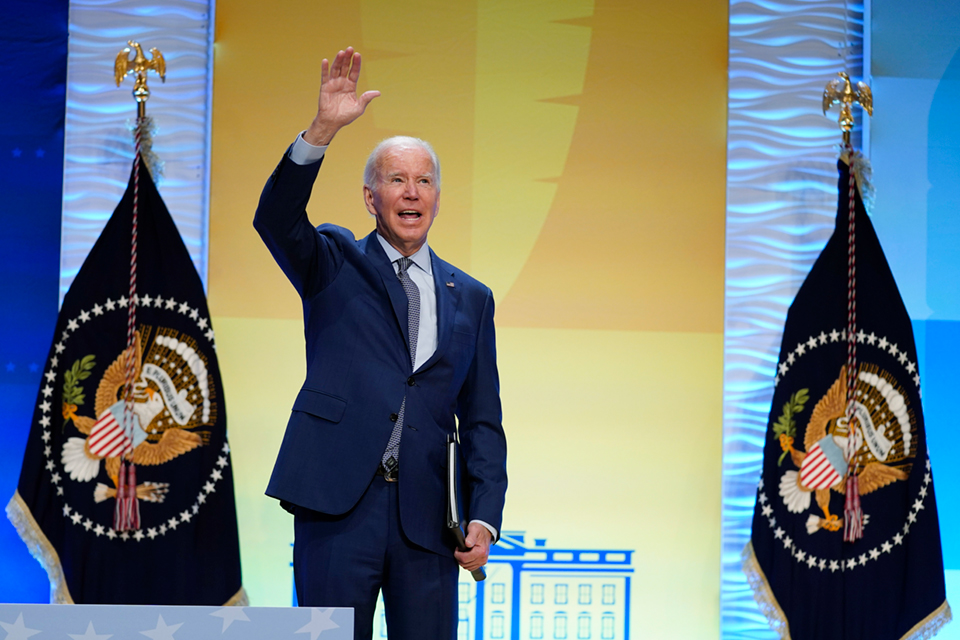 WASHINGTON (AP) — President Joe Biden said Wednesday his administration's goal of ending hunger in the U.S. by the end of the decade was ambitious but doable, if only the nation would work together toward achieving it.

“I know we can do this," Biden told an auditorium full of public health officials, private companies and Americans who have experienced hunger. They were gathered for the first White House conference on hunger, nutrition and health since 1969.

It was the president at his most optimistic, sketching out a future where no child in the U.S. would go hungry, and diet-related diseases would diminish because of better, healthier food alternatives and access to vast outdoor spaces.

“That’s why we’re here today, to harness our greatest resource: our fellow Americans," Biden said. “Everyone, everyone has an important role to play.”

He's counting on a variety of private-sector partnerships to help fund and implement his ambitious goal of ending hunger in America by 2030.

The 1969 hunger conference, hosted President Richard Nixon, was a pivotal moment that influenced the U.S. food policy agenda for 50 years. It led to a major expansion of the Supplemental Nutrition Assistance Program, commonly known as food stamps, and gave rise to the Women, Infants and Children program, which serves half the babies born in the U.S. by providing their mothers with parenting advice, breastfeeding support and food assistance.

And yet, 10% of U.S. households in 2021 suffered food insecurity, meaning they were uncertain they could get enough food to feed themselves or their families because they lacked money or resources for food, according to the Food and Drug Administration.

Scientific advances have helped Americans better understand how the foods they eat contribute to disease. One of the administration’s goals is to decrease obesity and diet-related disease like diabetes and hypertension through better promotion of healthy eating, good nutrition and physical activity.

Sen. Cory Booker, D.-N.J., one of the congressional sponsors of the conference, said the key is to address food insecurity while also steering away from the "massively processed foods” that are often a dietary staple of low-income Americans.

“Eighty percent of our health care problems are preventable,”

Referring to the Food and Drug Administration, Booker said, “We need to put the F back in FDA.” 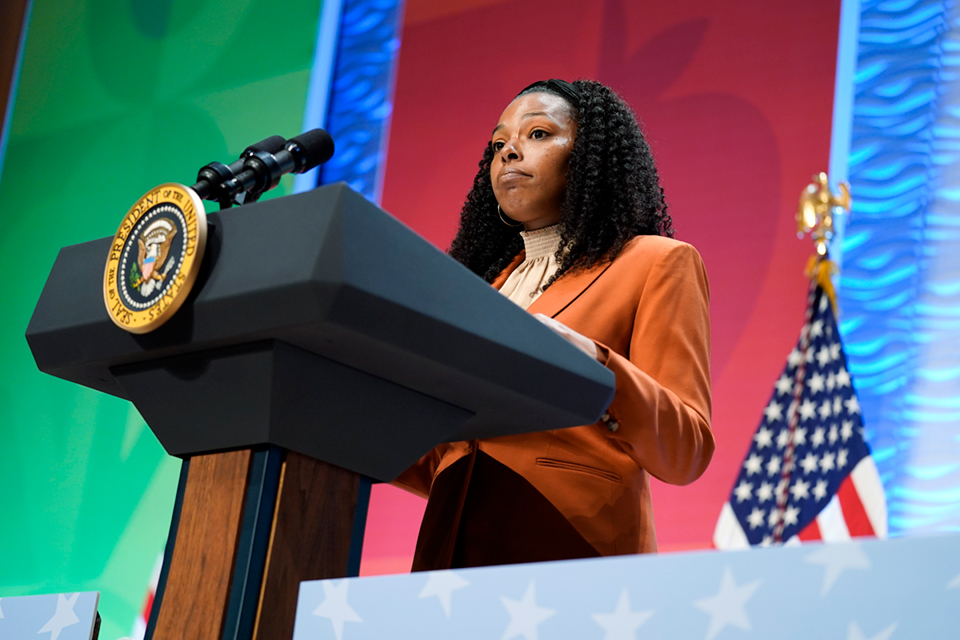 Some of the conference attendees have known hunger. Jimmieka Mills, co-founder of Equitable Spaces, a nonprofit that connects those working on hunger solutions with people who have experienced hunger, said it was “an historic opportunity for us to learn directly from those impacted.”

She spoke of growing up and experiencing first-hand the impact of poverty, hunger and homelessness.

“I know what it’s like to not know where your next meal will come from,"

she said, adding she wanted solutions so that no one in the “country with the most abundant food system in the world ever goes hungry again.”

Rep. James McGovern, D-Mass., a driving organizational force behind the summit, sounded a similar note. He said the goal was nothing short of “transforming America ... into a country where hunger is illegal.”

But McGovern also warned against complacency and self-congratulation, saying that merely organizing a successful summit wasn't much of an accomplishment.

“We need to leave here with an assignment for tomorrow, for next week, for the week after,” he said.

Before the kickoff, the administration released a list of more than $8 billion in commitments to the cause from private companies, charitable foundations and industry groups. They range from outright donations to in-kind contributions of services and include:

While Biden is touting the successful buy-in campaign from the private sector, some of the strongest potential obstacles to his proposals lie in the increasingly partisan Congress.

Proposed policy changes include an expansion of SNAP eligibility, expanding access to free meals in schools and extending summer meal benefits to more schoolchildren. All those changes would require congressional approval.

In a likely harbinger of congressional battles to come, the summit featured a steady stream of Democratic calls to revive and make permanent the expanded child tax credit. Part of Biden's American Rescue Plan, the CTC expansion provided monthly cash payments to millions of parents to use as they saw fit. But it expired after six months during negotiations over Biden's Build Back Better act — largely due to opposition from holdout Democratic Sen. Joe Manchin of West Virginia.

Biden drew applause by calling for its permanent return, saying the number of children in America living in poverty jumped dramatically after just one month following its expiration. The issue came up multiple times in different sessions and speeches throughout the day.

“It accomplished so much in such a short amount of time,” said Rep. Rosa DeLauro, D-Conn., chair of the House Appropriations Committee. “It HAS to be made permanent.”