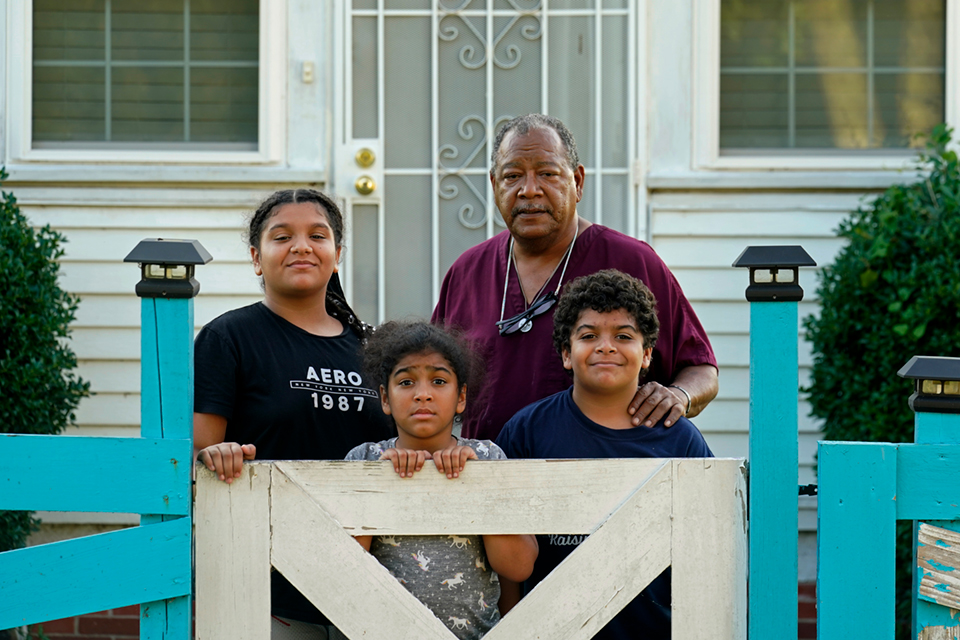 RESERVE, La. (AP) — Sprawling industrial complexes line the drive east along the Mississippi River to the majority-Black town of Reserve, Louisiana. In the last seven miles the road passes a massive, rust-colored aluminum-oxide refinery, then the Evonik chemical plant, then rows of white tanks at the Marathon oil refinery.

But it’s the Denka chemical plant that is under scrutiny from federal officials. Less than a half mile from an elementary school in Reserve, it makes synthetic rubber, emitting chloroprene, listed as a carcinogen in California, and a likely one by the Environmental Protection Agency.

Angelo Bernard is a grandfather whose family has lived in Reserve for generations. His three grandkids used to attend the school, Fifth Ward Elementary. Hurricane Ida forced them to move.

said Bernard. “I feel for the kids that have to go to school that close to the plant.”

The investigation is part of a push by the Biden administration to prioritize environmental enforcement in communities overburdened by pollution. On Saturday, that push ratcheted up a notch when EPA administrator Michael Regan announced the creation of a new office at EPA focused on environmental justice.

"We are embedding environmental justice and civil rights into the DNA of EPA," Regan said.

Regan visited Reserve last year and said “we will do better.” Now the EPA is investigating whether Louisiana regulators are discriminating against Black residents by failing to control air pollution in parishes packed with refineries and petrochemical plants, a region some call “cancer alley.”

To do it, they are using an old tool in a new way. Title VI of the Civil Rights Act of 1964 forbids anyone who receives federal funds from discriminating based on race or national origin. It’s been used in housing and transportation, but rarely on environmental matters.

The Biden administration said that must change. 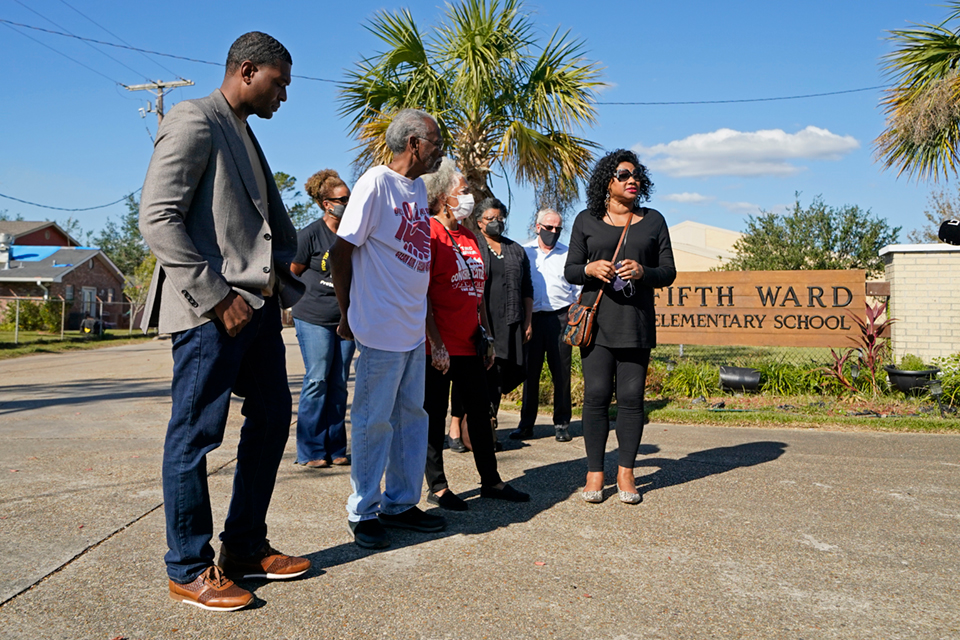 FILE - EPA Administrator Michael Regan, left, arrives at the Fifth Ward Elementary School, which is near the Denka plant, with Robert Taylor, second left, founder of Concerned Citizens of St. John's Parish, and Lydia Gerard, third left, a member of the group, in Reserve, La., Nov. 16, 2021. On Saturday, Sept. 24, 2022, Regan announced the creation of a new office at EPA focused on environmental justice. "We are embedding environmental justice and civil rights into the DNA of EPA," Regan said. (AP Photo/Gerald Herbert)

The U.S. Department of Justice last fall opened its first-ever environmental Title VI investigation into state and local officials in Alabama over chronic wastewater problems in majority-Black Lowndes County. Another is looking into illegal dumping in Houston. The EPA initiated its own investigation into Colorado's air program, also a first. Activists are taking notice and filing more complaints. Experts say the EPA is addressing them more quickly than in the past. 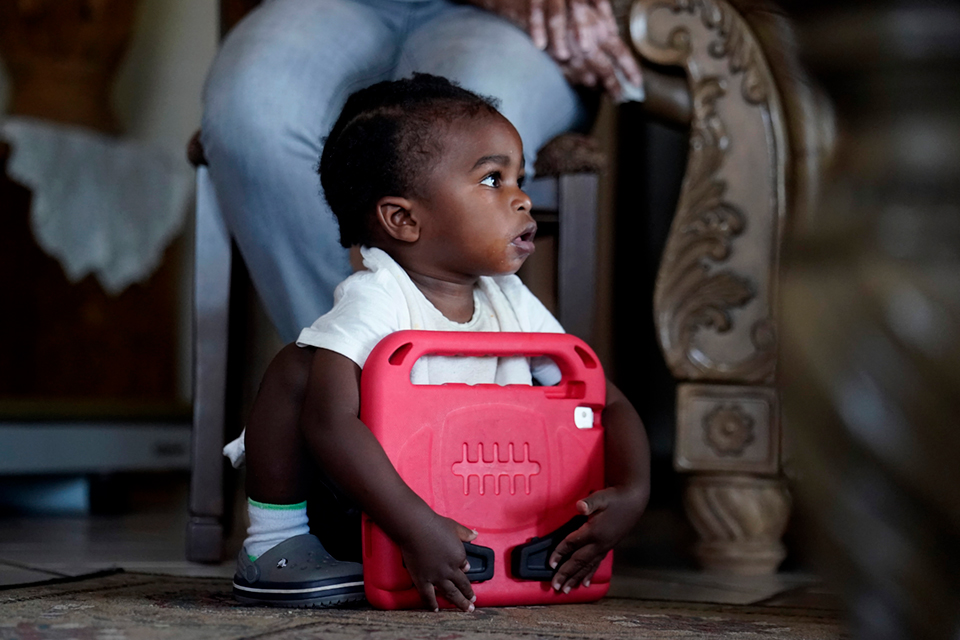 Kole Jones, great grandson of Lydia Gerard, a member of Concerned Citizens of St. John the Baptist Parish, holds a toy as she and residents speak to The Associated Press in Reserve, La., near the Denka Performance Elastomer Plant on Thursday, Sept. 15, 2022. The investigation of the plant is part of a push by the Biden administration to prioritize environmental enforcement in communities overburdened by pollution. (AP Photo/Gerald Herbert)

The EPA accepted three complaints from activists to investigate Louisiana’s regulation of air emissions. The agency could pull federal funds if they find a civil rights violation, but local governments more commonly agree to make changes.

Bernard said some nights he smells something like benzene when he steps out of his home in Reserve. He is skeptical that the Title VI complaint will force Denka to cut its emissions further – there’s too much money at stake.

“If this was California, maybe they would shut it down. But this is Louisiana – no way,” he said.

The Denka plant’s emissions have gone down significantly in recent years, but EPA monitoring found chloroprene levels higher than what activists say is safe.

A Denka spokesperson said advocates were describing a crisis that “simply does not exist.” The state said it has worked to help the company emit less, denying it was taking too long to do more.

And as the Biden administration takes credit for its environmental justice push, some say it's also working at cross purposes. The oil and gas industry that is concentrated in Louisiana received a boost with the Inflation Reduction Act signed into law this summer. It requires auctions of new offshore oil and gas leases.

On Saturday, Regan announced the creation of the Office of Environmental Justice and External Civil Rights in the same spot where the environmental justice movement started: Warren County, North Carolina, where hundreds were arrested in the early 1980s protesting plans to dump hazardous waste in the predominantly Black community.

“Creating the separate office is a very visible step that puts a spotlight on these issues and demonstrates how important they are to the administration,” Dunn said.

About 30 miles upriver from Reserve is Welcome, a sparsely populated stretch of St. James Parish. It’s an area of heavy industry and sugarcane fields. Many of its mostly Black residents have deep local roots and family nearby. 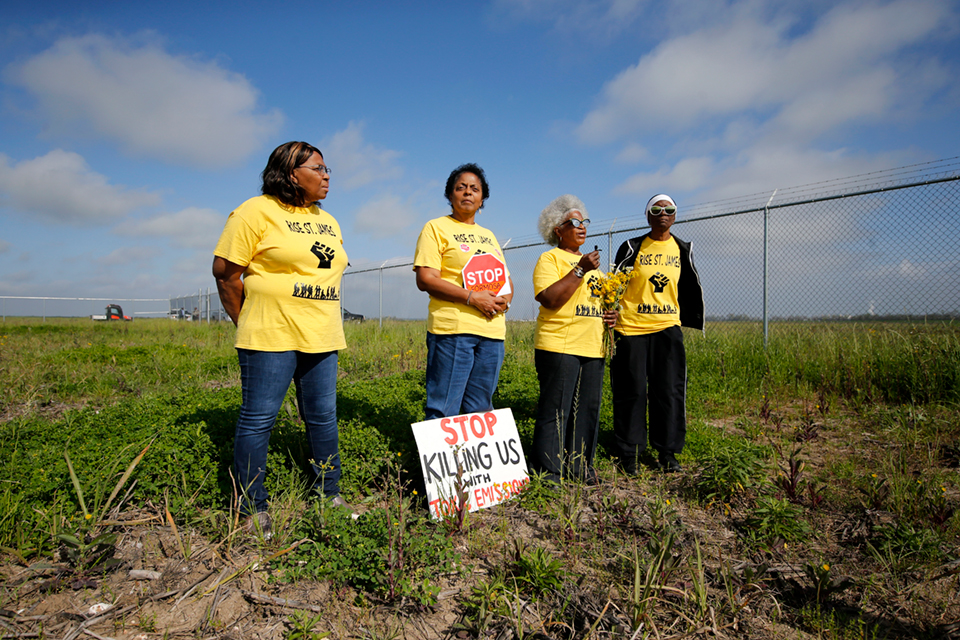 The other Louisiana community complaint accepted by the EPA concerns a local affiliate of Formosa Plastics called FG LA. It plans to build a $9.4 billion petrochemical complex in the area. The complaint says the Louisiana Department of Environmental Quality is ignoring the threat that new industrial facilities like Formosa’s pose to already polluted areas. It says too often residents, especially Black residents, are left out of the permitting process.

In a recent setback for Formosa's plans, a Louisiana judge threw out the 14 air permits the state issued for the complex, saying environmental justice issues were “at the very heart of this case.”

Creating jobs at the expense of lives

Gloria Johnson is 61, has lived in the area her whole life and said there are many elderly and disabled residents who are vulnerable if a new industrial complex makes the air quality worse.

“It’s too close to the neighborhood,” she said, adding that she didn't know about Formosa's plans until it felt like a done deal.

The company said the complex would create 1,200 jobs, generate millions in taxes and fund improvements in the community. It emphasized that local parish officials voted to support the complex. Democratic Gov. John Bel Edwards has said it would continue the “tremendous industrial growth” that’s occurred along the Mississippi River.

Louisiana environmental regulators said they did not discriminate — companies want to locate in the region because key infrastructure already exists here. Air permitting decisions are based on well-established requirements and the public is informed when major projects are being considered, the state told the EPA in its response to the Formosa complaint. 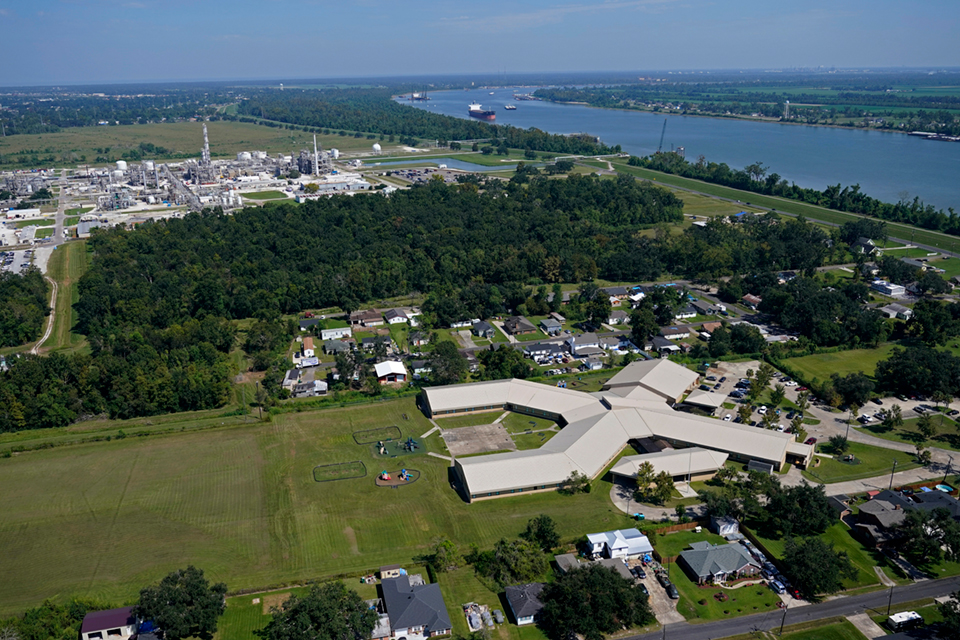 The Fifth Ward Elementary School and residential neighborhoods sit near the Denka Performance Elastomer Plant, back left, in Reserve, La., Friday, Sept. 23, 2022. Less than a half mile away from the elementary school the plant, which is under scrutiny from federal officials, makes synthetic rubber, emitting chloroprene, listed as a carcinogen in California, and a likely one by the Environmental Protection Agency. (AP Photo/Gerald Herbert)

Mary Hampton lives in Reserve. She grew up during segregation. Her father helped her obtain property so she could build and own her home. She didn’t want a job cleaning kitchens or mopping floors.

“I wanted to get a job where I could make money,” she said.

Eventually, she became one of the first Black women to work at a nearby chemical plant, walking in on her first day to a sea of white faces shocked by her presence.

But over time she has come to worry about what was coming out of the Denka plant.

“My main concern was that we had been smelling things for years and years and years and we never even knew what we were living next to,” she said. Hampton is the president of Concerned Citizens of St. John the Baptist Parish, which raised civil rights concerns about the state’s handling of Denka.

She worries about the health of her family and friends and is frustrated that the environmental consequences fall on this community.

“We want EPA to set rules, and stick to it.”