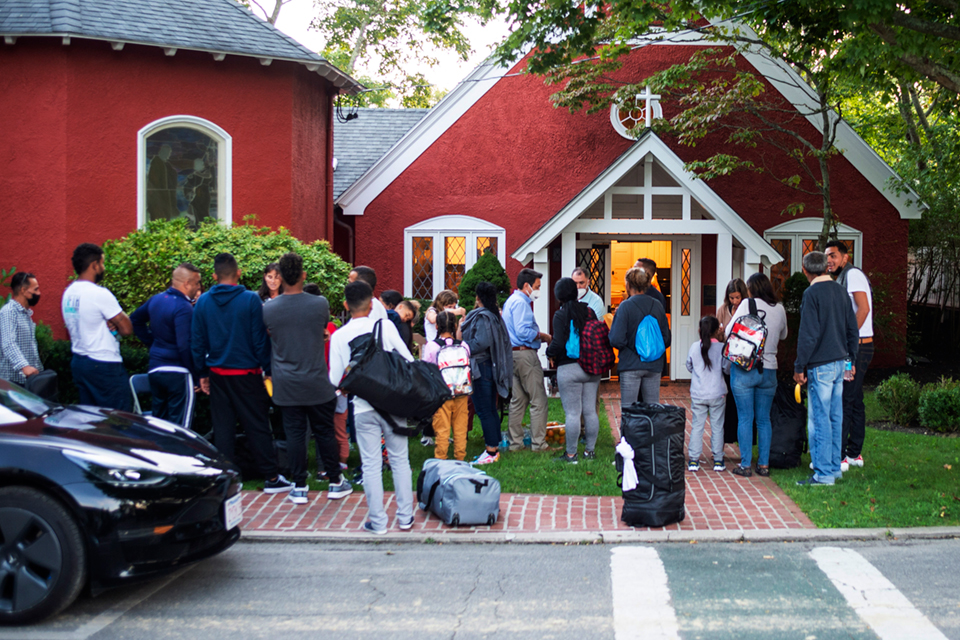 BOSTON (AP) — Venezuelan migrants flown to the upscale Massachusetts island of Martha's Vineyard sued Florida Gov. Ron DeSantis and his transportation secretary Tuesday for engaging in a “fraudulent and discriminatory scheme” to relocate them.

The lawsuit, filed in federal court in Boston, alleges that the migrants were told they were going to Boston or Washington, “which was completely false," and were induced with perks such as $10 McDonald's gift certificates.

“No human being should be used as a political pawn,” said Ivan Espinoza-Madrigal, executive director of Lawyers for Civil Rights, which is seeking class-action status in the lawsuit filed on behalf of several migrants who were aboard last week's flights and Alianza Americas, a network of advocacy groups.

“It is opportunistic that activists would use illegal immigrants for political theater,”

The lawsuit, which also names Secretary of Transportation Jared W. Perdue as a defendant, alleges that migrants were induced to cross state lines under false pretenses, a line that some Democratic officials are using to urge a federal investigation.

Speculating another send of

On Monday, Javier Salazar, the sheriff of Bexar County, which includes San Antonio, opened an investigation into the flights, but the elected Democrat did not say what laws may have been broken. California Gov. Gavin Newsom and U.S. Rep. Joaquin Castro, whose district includes San Antonio, have asked the Justice Department to begin a probe.

Guesswork was rampant among government officials, advocates and journalists Tuesday about DeSantis’ next move, consistent with the element of surprise that he and another Republican governor, Greg Abbott of Texas, have sought to achieve by busing and flying migrants across the country to Democratic strongholds with little or no notice. 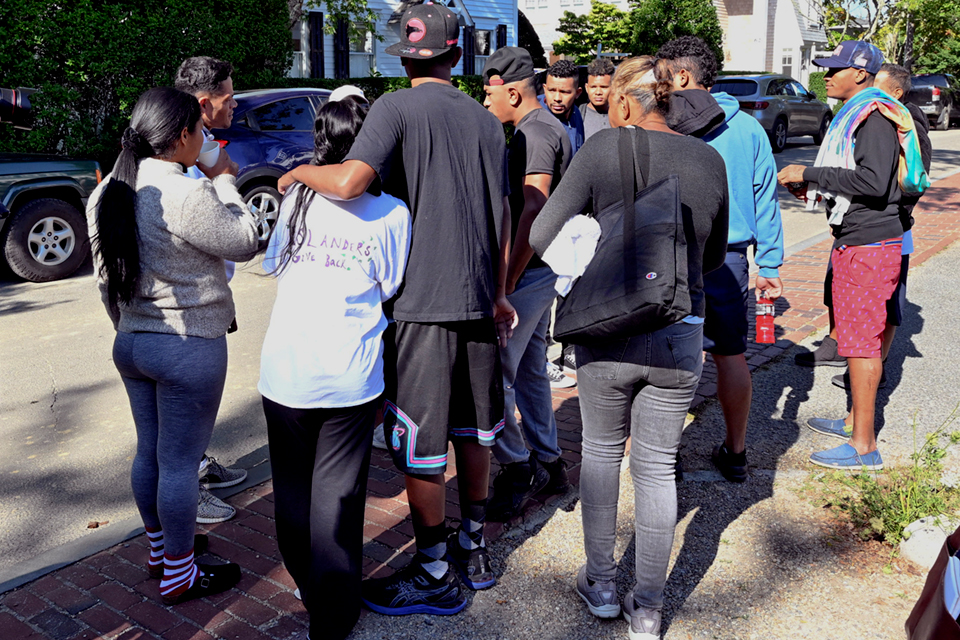 A group of immigrants gather outside St. Andrews Episcopal Church, Thursday Sept. 15, 2022, in Edgartown, Mass., on Martha's Vineyard. Florida Gov. Ron DeSantis on Wednesday flew two planes of immigrants to Martha's Vineyard, escalating a tactic by Republican governors to draw attention to what they consider to be the Biden administration's failed border policies. (Ron Schloerb/The Cape Cod Times via AP)

Asked Tuesday about speculation that DeSantis may send migrants to his home state of Delaware, President Joe Biden said: “He should come visit. We have a beautiful shoreline.”

DeSantis declined to confirm speculation, based on flight-tracking software, that more migrants were on the move. He again defended his decision to fly about 50 Venezuelans to Martha’s Vineyard, saying their decisions were completely voluntary and, without evidence, that they were in awful condition when Florida got involved.