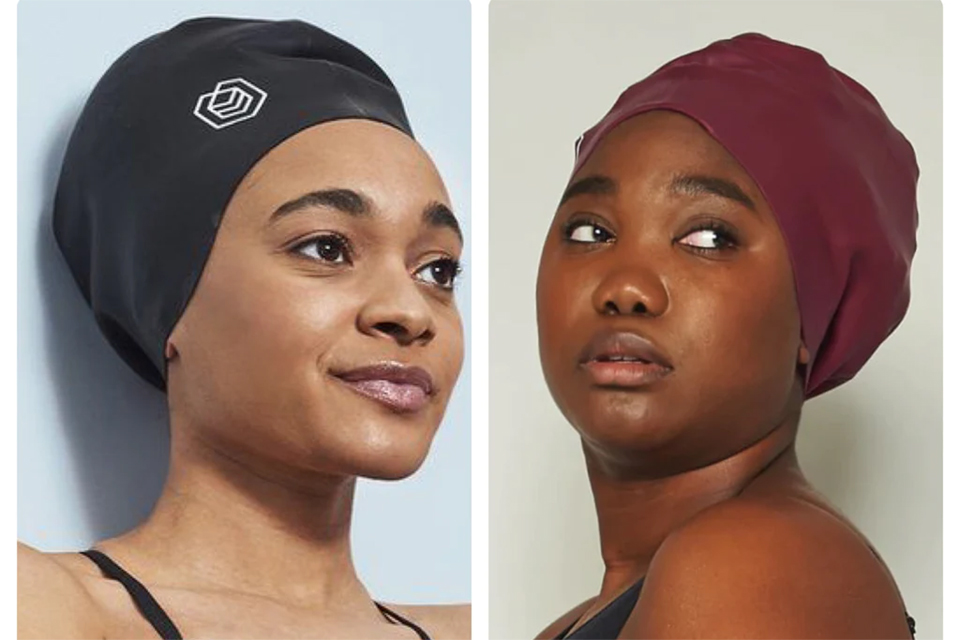 We want one in every color!

Michael and Toks, best friends and founders of Soul Cap, just made swimming a sport for everyone. Designed for ethnic hair types, the swimming cap has been approved by the Fédération Internationale De Natation (FINA) for use in top-level competitive races. TheGrio, reports.

One size can't fit all

Never learning to swim as kids, Michael and Toks noticed the barriers for Black people when trying to learn as adults. That’s how this London-based brand was born! From newbie swimmers to champion athletes, Soul Cap was designed to make sure everyone has access to swimwear that supports their journey. The swim caps are big enough to cover hair that's "blessed with volume." The large and XL swim caps offers full protection for long hair while the regular-sized caps ensure protection against chlorine damage for natural hair. No more unmet promises that "one size fits all." Whether you have braids, dreadlocks, afros, or weaves, Soul Cap has a size that will protect your hair no matter where you are in your swimming journey. It's more than a brand - it’s a movement!

According to Stop Drowning Now, 64% of African-Americans cannot swim; 78% of African-American children ages 5 to 19 drown in swimming pools at rates 5.5 times higher than Caucasian children in the same age range. Not only does Soul Cap protects hair, but the inclusivity is refreshing and motivates Black people to learn how to swim!

The Black community's history with swimming is one that is deeply rooted in racism and segregation. Rachel Martin's interview with Dr. Jeff Wiltse explains the barriers Black people faced when trying to learn how to swim. "...And so, a city like Pittsburgh, it did not pass an official policy of racial segregation at its pools. But rather, the police and the city officials allowed, and in some cases encouraged, white swimmers to literally beat black swimmers out of the water, as a means of segregating pools."

With Black Olympians such as Cullen Jones, Simone Manuel, and Alice Dearing making history and inspiring young swimmers, the number of Black swimmers is starting to grow! From people like Paulana Lamonier and 7-year-old Massiah Browne utilizing their skills to lend a helping hand, and HBCUs like Howard University getting rid of the stereotype by making swim class a requirement to graduate, we'll continue to overcome these obstacles and stigmas.

Alice Dearing, the first Black female swimmer to represent Great Britain at the Olympics, was not allowed to wear her Soul Cap during the Olympics last year. FINA banned it after deeming it unsuitable because it "didn't follow the natural form of the head." The decision was followed by backlash and disappointment, some claiming that it would discourage Black people from participating in the sport. After a petition with over 74,000 signatures, the 24-year-old said in an interview with Sky News, "It's brilliant to see so many people passionate about this and want to make sure that swimming is open and available to everyone because that is the goal. I'm really hoping to see that this story would have a happy ending and I'm pretty sure it will." And it does!

After much deliberation, Soul Caps have been officially approved as appropriate swimwear for competition use all over the world. Executive director of FINA, Brent Nowicki, issued a statement saying, “Promoting diversity and inclusivity is at the heart of FINA’s work, and it is very important that all aquatic athletes have access to the appropriate swimwear.”

Soul Cap took to Instagram to announce their latest win calling it “a huge step in the right direction.” The post received an enormous amount of support and love. Soul Cap also said in a statement, “For a long time, conventional swim caps have been an obstacle for swimmers with thick, curly, or volume-blessed hair, they can’t always find a cap that fits their hair type, and that often means that swimmers from some backgrounds end up avoiding competitions, or giving up the sport entirely. We’re excited to see the future of a sport that’s becoming more inclusive for the next generation of young swimmers.” The standard swimming cap for the Olympics was designed by Speedo and made to keep Caucasian hair out of the swimmer's face. Soul Cap and Alice Darling has officially fought and won for other hair types to be considered!

A post shared by SOUL CAP | Swim For All (@soulcapofficial)

What may seem like a small feat to some is a huge deal for the Black community. It marks a new chapter in our history book of swimming!

To learn more about Soul Cap, their journey, and to purchase click here.

This article was published on BOTWC