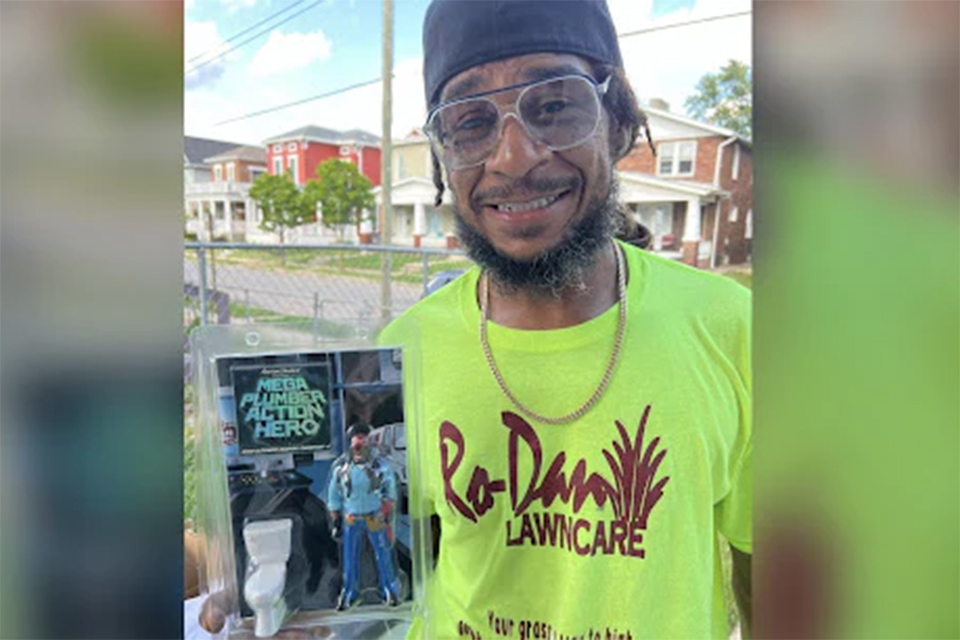 An Ohio writer and Black joy advocate gifted a friend with his very own action figure and the moment is all the joy you’ll need this week!

Damon Mosley is an Ohio-based writer, producer, and creator of #SmileForWe, an online photo campaign he started post-pandemic to highlight Black men actively participating in joy.

“Black men are the easiest targets in the world. I wanted to 'shoot' us a different way…Photography finds the beauty in everything. So I grabbed my camera and went outside to find the beauty in US…The scary bad guy on the street corner is not the TRUE FACE of Black men in America, but it is the dominant one on TV. With all the Black men slander going on in the world and after two years under masks, I’m excited to show our smiles in the best possible light,” Mosley wrote on his site.

His work centers on humanizing Black men and showing them at their very best, a stark contrast to the skewed media representation of Black men and boys. Recently, Mosley took to LinkedIn to show his most recent act of kindness, a video of Mosley gifting a close friend with his own action figure.

“On today’s episode of Black Men Are Human, I surprise a childhood friend with a custom action figure of himself,” he wrote.

In the video, Mosley is off camera. He comes out of his house just as his friend arrives, quickly handing him some sort of object. The object turns out to be a gift from Mosley, an action figure made in his friend’s likeness, complete with accessories.

“What the? Uh Uh, Uh Uh!... No!,” the friend screams in complete shock and excitement.

After running away in amazement, he returns to Mosley to ask in disbelief, “This is unreal, I have a doll?” 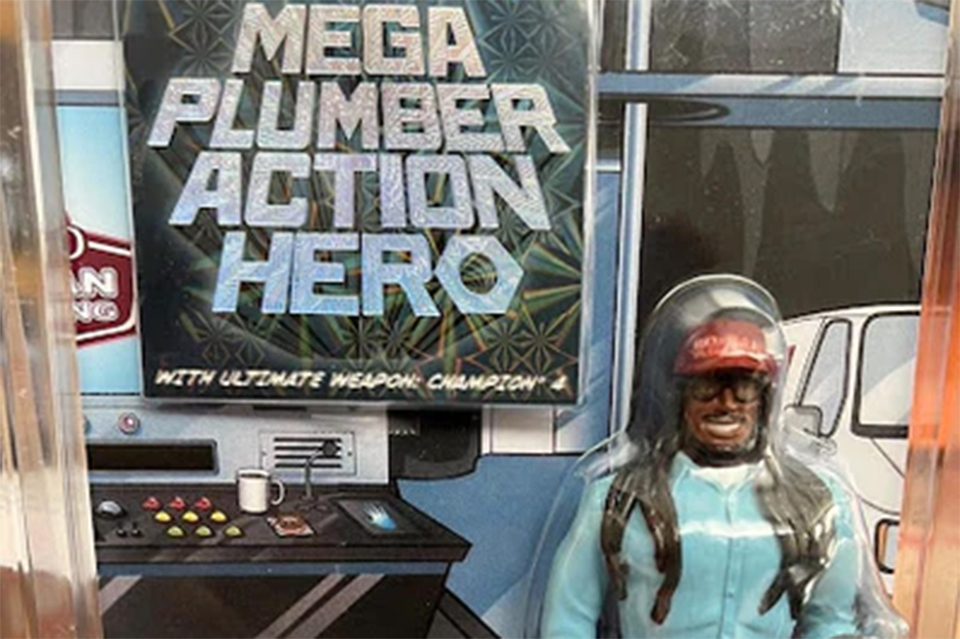 The toy, named “Mega Plumber Action Hero,” is a complete replica of his friend. Mosley can be heard laughing and clapping off camera, completely satisfied with the 15-second moment of joy he brought to his buddy. He explains in his post the inspiration behind the gift and why he plans to continue his work of reclaiming Black boy joy.

Not classified by stereotypes

“His reaction is what Smile For We is all about... Statistically speaking, Black men are doing better now than ever before. So why are we always associated with negativity? Time to change the narrative,” Mosley wrote.

He goes on to explain the importance of disrupting these negative stereotypes and paying homage to the everyday superheroes that walk among us.

“The truth is, Black men are individuals, not types. Fully capable of giving and receiving love. And contrary to popular belief, we actually excel at all things, not just sports and entertainment. So shout out to the everyday heroes among us,” he added.

Mosley’s goal is to spark a movement that adds to a better and more empowering narrative surrounding Black men. And since joy is contagious, he just might be onto something. Check out the heartwarming video below and keep up with Mosley’s work at www.smileforwe.com.

Thank you for all you’re doing Damon! Because of you, we can!