What's in the Democrats Big Climate and Health Care Bill? 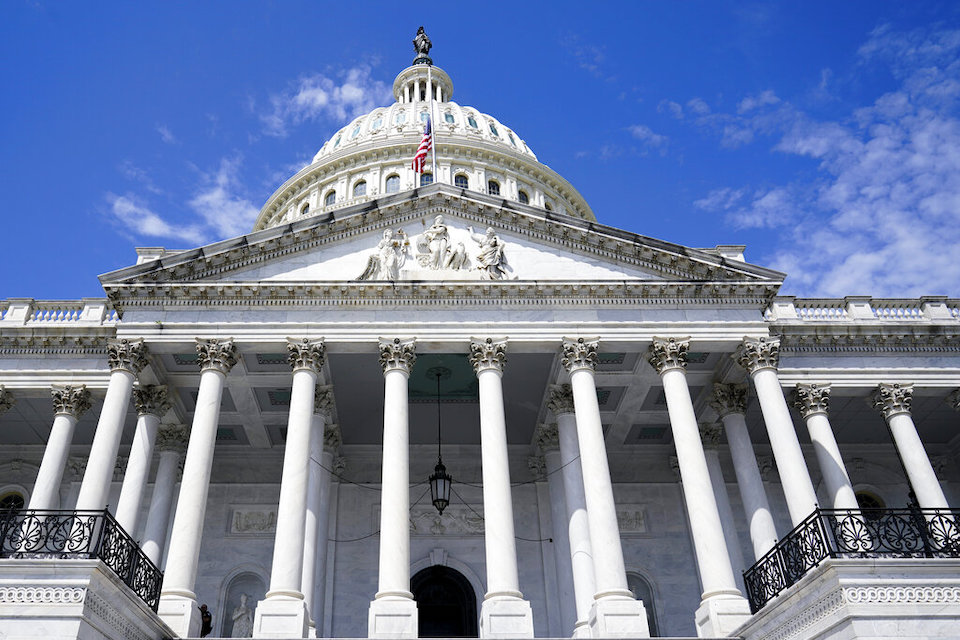 WASHINGTON (AP) — Not as robust as the $4 trillion proposal President Joe Biden once envisioned to rebuild America's public infrastructure and family support systems, the Democrats' compromise of health care, climate change and deficit-reduction strategies is still a substantial undertaking, was on track for Senate passage Sunday.

The estimated $740 billion package is full of party priorities — including capping prescription drug costs at $2,000 out of pocket for seniors, helping Americans pay for private health insurance and what Democrats are calling the most substantial investment in history to fight climate change.

Almost half the money, $300 billion, will go toward paying down federal deficits.

It's all paid for largely with new corporate taxes, including a 15% minimum tax on big corporations to ensure they don't skip out on paying any taxes at all.

Called the “Inflation Reduction Act of 2022,” it's not at all clear the 755-page bill will substantially ease inflationary pressures, though millions of Americans are expected to see some relief in health care and other costs.

Votes are expected to fall along party lines, with all Senate Democrats in favor, and all Republicans opposed. Once the bill clears the Senate, the House is expected to vote next week. Here's a look at what's in and out of the final package.

Launching a long-sought goal, the bill would allow the Medicare program to negotiate prescription drug prices with pharmaceutical companies, saving the federal government some $288 billion over the 10-year budget window.

Those new revenues would be put back into lower costs for seniors on medications, including a $2,000 out-of-pocket cap for older adults buying prescriptions from pharmacies.

The money would also be used to provide free vaccinations for seniors, who now are among the few not guaranteed free access, according to a summary document.

Seniors would also have insulin prices capped at $35 a dose, though a provision to extend that price cap on insulin to Americans with private health insurances was out of line with Senate budget rules and Republicans stripped it from the final bill.

The bill would extend the subsidies provided during the COVID-19 pandemic to help some Americans who buy health insurance on their own.

Under earlier pandemic relief, the extra help was set to expire this year. But the bill would allow the assistance to keep going for three more years, lowering insurance premiums for people who are purchasing their own health care policies.

The bill would invest nearly $375 billion over the decade in climate change-fighting strategies including investments in renewable energy production and tax rebates for consumers to buy new or used electric vehicles.

It's broken down to include $60 billion for a clean energy manufacturing tax credit and $30 billion for a production tax credit for wind and solar, seen as ways to boost and support the industries that can help curb the country's dependence on fossil fuels. The bill also gives tax credits for nuclear power and carbon capture technology that oil companies such as Exxon Mobil have invested millions of dollars to advance.

The bill would impose a new fee on excess methane emissions from oil and gas drilling while giving fossil fuel companies access to more leases on federal lands and waters.

A late addition pushed by Sen. Kyrsten Sinema, D-Ariz., and other Democrats in Arizona, Nevada and Colorado would designate $4 billion to combat a mega-drought in the West, including conservation efforts in the Colorado River Basin, which nearly 40 million Americans rely on for drinking water.

In all, Democrats believe the strategy could put the country on a path to cut greenhouse gas emissions 40% by 2030, and “would represent the single biggest climate investment in U.S. history, by far.”

HOW TO PAY FOR ALL OF THIS?

The biggest revenue-raiser in the bill is a new 15% minimum tax on corporations that earn more than $1 billion in annual profits.

It's a way to clamp down on some 200 U.S. companies that avoid paying the standard 21% corporate tax rate, including some that end up paying no taxes at all.

The new corporate minimum tax would kick in after the 2022 tax year and raise some $258 billion over the decade.

The revenue would have been $313 billion, but Sinema insisted on one change to the 15% corporate minimum, allowing a depreciation deduction used by manufacturing industries. That shaves about $55 billion off the total revenue.

To win over Sinema, Democrats dropped plans to close a tax loophole long enjoyed by wealthier Americans — the so-called “carried interest,” which under current law taxes wealthy hedge fund managers and others at a 20% rate.

The left has for years sought to boost the carried interest tax rate, hiked to 37% in the original bill, more in line with upper-income earners. Sinema wouldn’t allow it.

Keeping the tax break for the wealthy deprives the party of $14 billion in revenue they were counting on to help pay for the package.

In its place, Democrats, with Sinema’s nod, will impose a 1% excise tax on stock buybacks, raising some $74 billion over the decade.

Money is also raised by boosting the Internal Revenue Service to go after tax cheats. The bill proposes an $80 billion investment in taxpayer services, enforcement and modernization, which is projected to raise $203 billion in new revenue — a net gain of $124 billion over the decade.

The bill sticks with Biden's original pledge not to raise taxes on families or businesses making less than $400,000 a year.

The lower drug prices for seniors are paid for with savings from Medicare's negotiations with the drug companies.

EXTRA MONEY TO PAY DOWN DEFICITS

Federal deficits spiked during the COVID-19 pandemic when federal spending soared and tax revenues fell as the nation's economy churned through shutdowns, closed offices and other massive changes.

The nation has seen deficits rise and fall in recent years. But overall federal budgeting is on an unsustainable path, according to the Congressional Budget Office, which put out a new report this week on long-term projections.

This latest package emerged suddenly at the end of July after 18 months of start-stop negotiations leaves behind many of Biden's more ambitious goals.

Senate Majority Leader Chuck Schumer, D-N.Y., struck a deal with Sen. Joe Manchin to revive Biden’s package, slimming it down to bring the West Virginia Democrat back to the negotiating table. Next, they drew Sinema, the remaining party holdout, with additional changes.

The package remains robust, by typical standards, but nowhere near the sweeping Build Back Better program Biden once envisioned.

While Congress did pass a $1 trillion bipartisan infrastructure billfor highways, broadband and other investments that Biden signed into law last year, the president's and the party's other key priorities have slipped away.

Among them is a continuation of a $300 monthly child tax credit that was sending money directly to families during the pandemic and is believed to have widely reduced child poverty.

Also gone, for now, are plans for free pre-kindergarten and community college, as well as the nation's first paid family leave program that would have provided up to $4,000 a month for births, deaths and other pivotal needs.