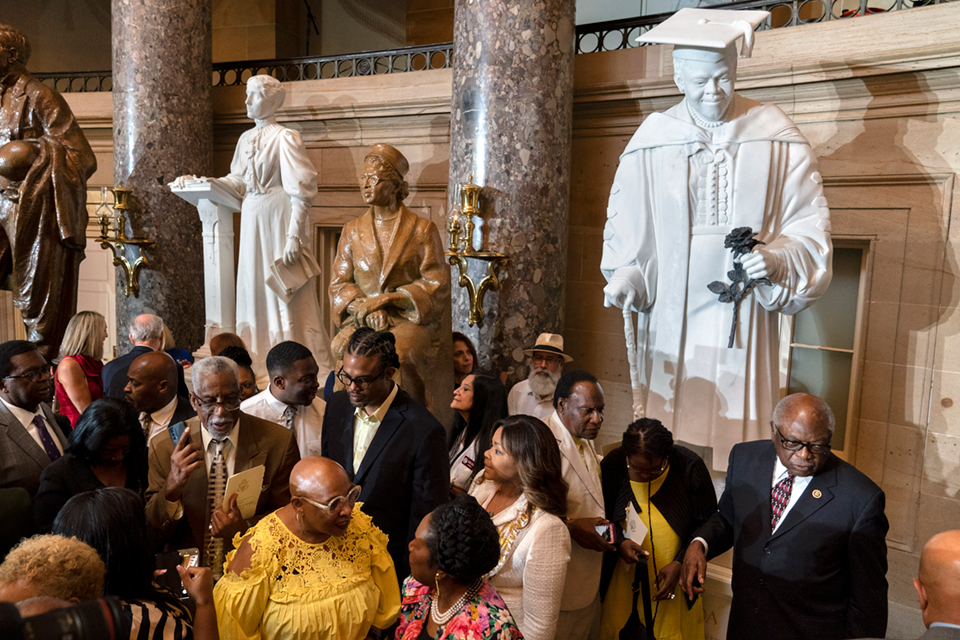 Florida commissioned the project after a grassroots campaign succeeded last year in removing a statue of Edmund Kirby Smith, among the last Confederate generals to surrender after the Civil War. Bethune joins John Gorrie, a pioneer in air conditioning and refrigeration, in representing Florida.

Bethune was born in South Carolina in 1875, seven years after the ratification of the 14th Amendment, with its guarantee of equal protection under the law for all in the United States. She died in 1955, having helped to lay the groundwork for the civil rights movement.

“To have her statue here is quite phenomenal, absolutely, as a reminder of what our democracy is about,” said granddaughter Evelyn Bethune.

Mary McLeod Bethune is perhaps most remembered for founding the school now known as Bethune-Cookman University in Daytona Beach, Florida, which she started as a girls school in 1904. She also was one of the founders of the United Negro College Fund, which became a financial backbone for predominantly Black higher institutions nationwide. 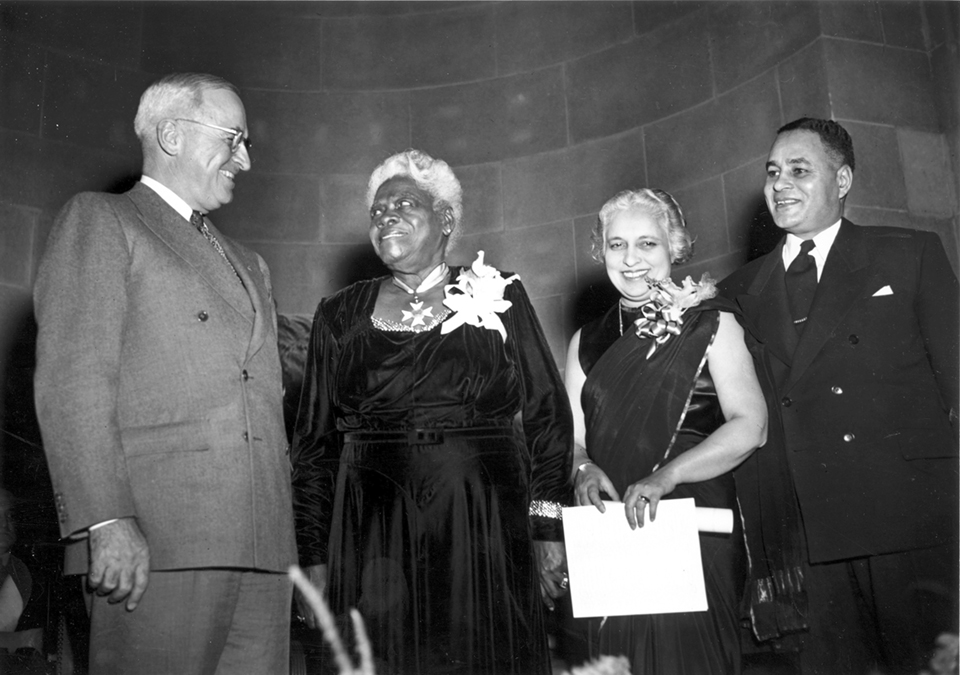 After forming a strong friendship with Eleanor Roosevelt, Bethune became director of the Negro Affairs Division for the National Youth Administration, a New Deal-era program.

Sen. Marco Rubio, R-Fla., said that “in the face of the ignorance, the cruelty and the prejudice of others, she refused to surrender to bitterness, cynicism, or despair.”

To Democratic Rep. Val Demings, who is running against Rubio this year, Bethune “made what seemed impossible, possible.”

The white marble statue shows Bethune in academic robes, holding a black rose. She endearingly called her students “black roses,” Preston said, after visiting a garden in Europe where she saw black roses growing among the yellows and reds.

Books stacked at the statue’s feet are inscribed with some of the core values from her last will and testament: love, hope, faith, racial dignity, a thirst for education, courage and peace.

The statue of Kirby Smith — who fled to Mexico fearing treason charges after surrendering in Galveston, Texas, on May 26, 1865 — was installed in the Capitol in 1922, during a decade when Black people in Florida were being lynched for trying to vote and white mobs burned down entire towns.

The Southern Poverty Law Center said in a statement that “there is still work to do” in removing statues that honor “men who voluntarily fought on behalf of the Confederacy.” The group urged replacing them in Statuary Hall with those who represent “their state’s values of diversity, equality and justice.”

In 2013, civil rights figure Rosa Parks became the first Black woman to be depicted in a full-length statue in Statuary Hall, but she is not part of the National Statuary Hall Collection, according to the Architect of the Capitol. On Dec. 1, 1955, Parks refused to give up her seat on a city bus to a white man in segregated Montgomery, Alabama, leading to her arrest and touching off a bus boycott that stretched over a year. Parks died in 2005.