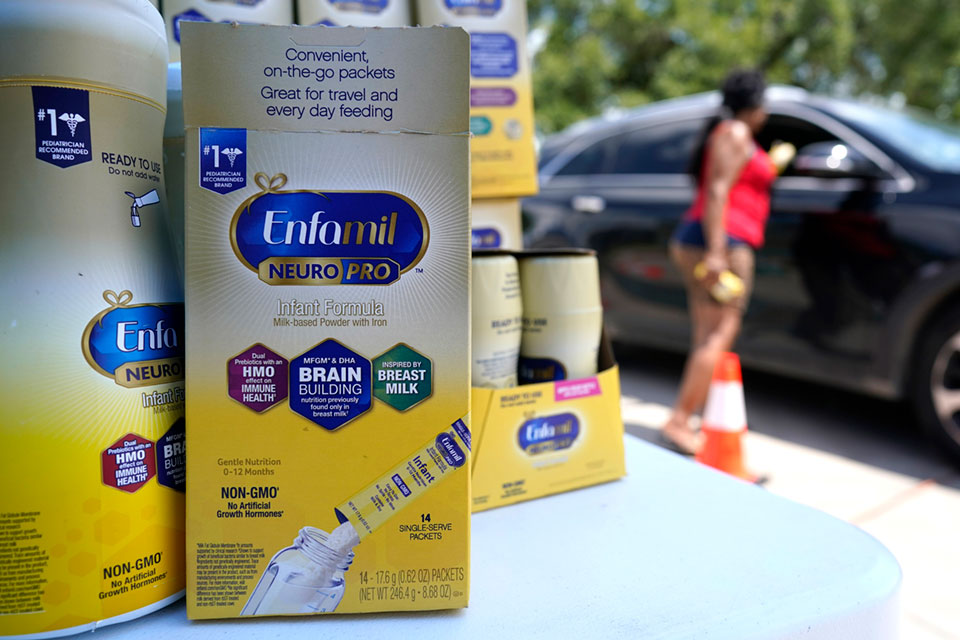 WASHINGTON (AP) — The Senate approved a bill Thursday aimed at easing the baby formula shortage for families participating in a government assistance program that accounts for about half of all formula purchased in the United States.

The House passed the bill the day before, so it now goes to President Joe Biden to be signed into law.

Participants in a program known as WIC get vouchers that are redeemed for specific foods to supplement their diets. The vouchers usually can only be used to purchase one brand of infant formula, which encourages the manufacturer to offer big discounts to secure a state's business.

The bill makes it possible in extenuating circumstances for the Department of Agriculture to waive certain requirements so that WIC participants can purchase whatever brand is available.

“Now, millions of parents will have an easier time finding the baby formula that they need," Senate Majority Leader Chuck Schumer, D-N.Y., said after the bill was passed.

Also Thursday, the Biden administration said the Defense Department is working to book commercial aircraft to fly about 246 pallets of Nestlé formula from Zurich, Switzerland, to Plainfield, Indiana.

The shipments will include the equivalent of up to 1.5 million 8-ounce bottles of three formulas — Alfamino Infant, Alfamino Junio, and Gerber Good Start Extensive HA, all hypoallergenic formulas for children with cow’s milk protein allergy. The White House said these are a priority because they serve a critical medical purpose and are in short supply.

Lawmakers are also considering boosting staffing at the Food and Drug Administration with a $28 million emergency spending bill. That legislation also passed the House this week, but faces uncertain prospects in the Senate.

The baby formula shortage was caused by the safety-related closure of the country’s largest formula manufacturing plant. The head of the FDA told lawmakers Thursday that the factory could be up and running as soon as next week.