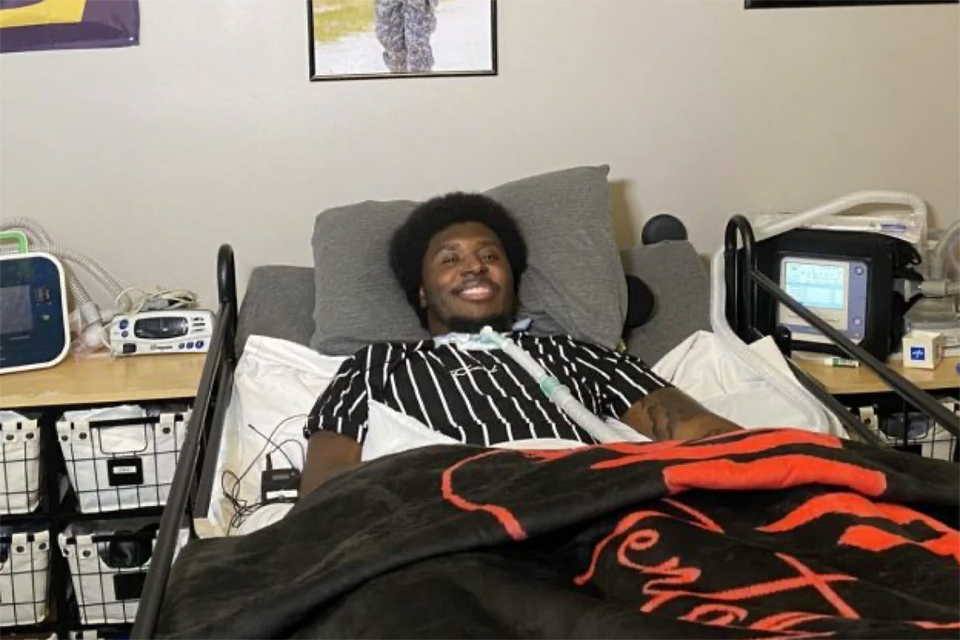 He’s remaining hopeful for the future!

A St. Augustine's University student is preparing for graduation four years after being shot and paralyzed, CBS 17 reports.

Four years ago, Howard Boone was just like every other college student, buckling down academically while also building a career in the Army Reserves, hoping to one day rise through the ranks of the military while earning his degree. A 2018 trip to South Carolina would change everything.

Boone was just an innocent bystander in the wrong place at the wrong time when someone started shooting into a crowd. He was shot in the neck and subsequently paralyzed, having been confined to the bed in the years since the unfortunate event.

“I lost feeling… like, I lost everything. Everything I worked for just went away,” said Boone.

While dealing with unfathomable circumstances, he somehow found the will to go on, deciding that he would return to school. While difficult, he has managed, finishing assignments and research papers and even writing emails through dictation into the phone attached to his bed. There Boone remains unable to move from the neck down and relies on a ventilator to breathe. His motivation was simple, he just wanted to finish school.

“I don’t think I ever started anything that I didn’t finish,” Boone explained.

Now he has finished his senior year and is preparing to graduate from St. Augustine’s University. He will graduate in May, earning a degree in criminal justice. While coping, he’s also discovered a love for poetry, writing many of his pieces about the impact of gun violence. It is his hope that he can parlay his degree into a career in criminal justice or working with a nonprofit. Boone hopes to use his story to inspire others and one day publish his book of poetry.

Congratulations, Howard! Your determination is an inspiration to us all.