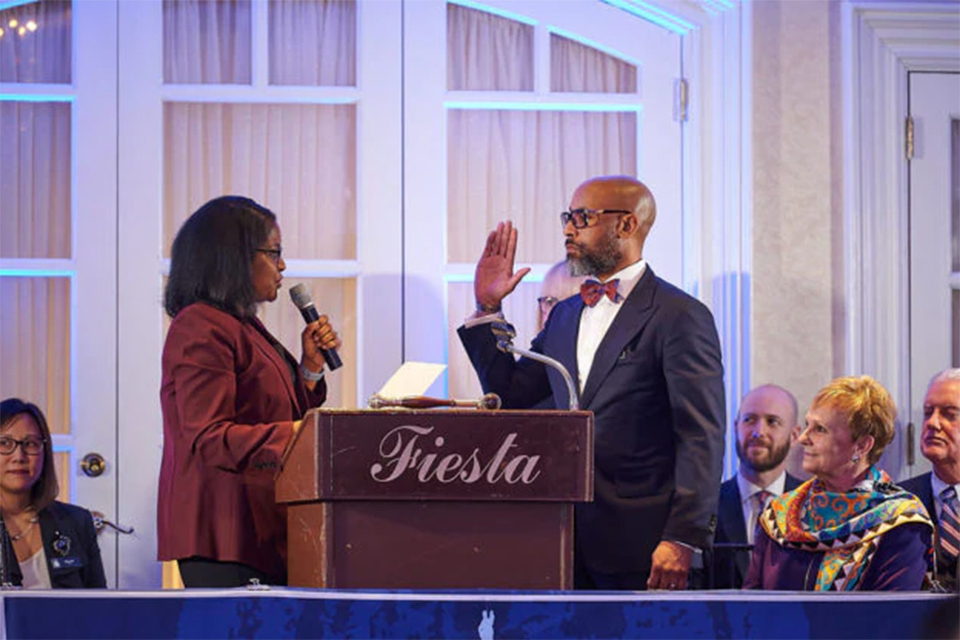 He’s also the first person of color to ever hold the title!

Jason E. Foy holds a bachelor’s degree from Syracuse University and a law degree from the University of Maryland. He started off in the ‘90s as a prosecutor for the Bronx District Attorney’s office before making the switch to criminal defense in Bergen County. There, he has worked for more than two decades, serving as partner at Foy & Seplowitz in Hackensack and serving as one of 32 lawyers across the state who are members of the Working Group on Jury Selection, an organization looking to bring diversity to the juror pool.

Now the 52-year-old has been named as the first Black president of the Bergen County Bar Association, making history as the first person of color to hold the title since the association’s founding in 1898. His historic appointment came just one day before the U.S. Senate confirmed Ketanji Brown Jackson as the first Black U.S. Supreme Court Justice. Associate Justice Fabiana Pierre-Louis, the first Black woman to serve on the New Jersey Supreme Court delivered the oath of office at Foy’s ceremony.

“I’m the 124th president, the first person of any color. Now that I’m here, I want to make an impact."

His appointment only lasts one year, and Foy has his sights set on accomplishing a lot in that short amount of time. His first priority is reducing the case backlog in Bergen County Superior Court that remains as a result of the pandemic. He plans to do this by getting more judges on the bench, Bergen County expecting to have at least 10 vacancies on the bench by the end of the year. Foy is hoping to level with state senators who have been using their senatorial courtesy to block Gov. Phil Murphy’s judicial appointments in hopes of bringing more judges on.

“I will try to talk to these senators so they can overcome their differences… People need to have their cases heard. Judges can’t have 100 cases on their docket,” Foy explained.

He also hopes to use his membership at the Working Group to his advantage, focusing on tackling implicit racial biases in jury selection. The organization recently released their report this past November, outlining suggestions for the NJ Legislature and state Supreme Court to consider.

“It’s all about who gets to be a juror. Who gets to serve? You can’t always make it about who has a driver’s license. And do you eliminate people with criminal records from the jury pool?,” Foy told reporters.

The Englewood, New Jersey native is ultimately hoping to make real and lasting change during his time as president. While he doesn’t take the historical moment lightly, he wants his appointment to stand for “more than just a surface-level diversity exercise.”

“It’s got to be more than I’m the first Black president. I want to really make us better and more inclusive as an organization. And when I leave I will look behind me and I know I will see Muslims and Koreans [etc.] who are attorneys and are a part of that organization,” said Foy.