Harvard Pledges $100M to Research, Atone for Role in Slavery 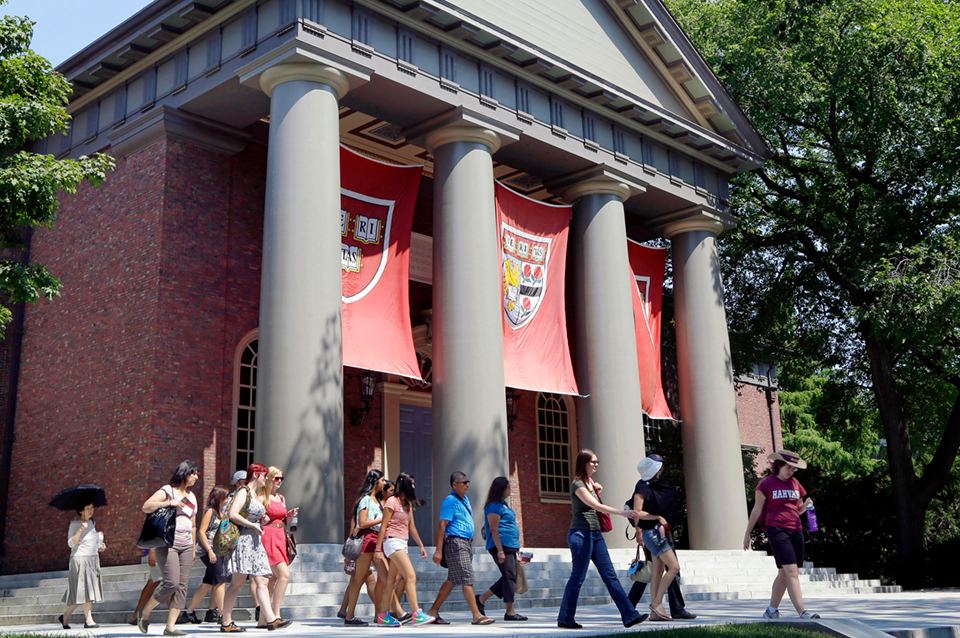 BOSTON (AP) — Harvard University is vowing to spend $100 million to study and atone for its extensive ties with slavery, the school’s president announced Tuesday, with plans to identify and support the descendants of enslaved people who labored at the Ivy League campus.

President Lawrence Bacow announced the funding as Harvard released a new report detailing the many ways the college benefited from slavery and perpetuated racial inequality. But the report stops short of recommending direct financial reparations, and officials have no immediate plans for that kind of support.

Harvard, the nation’s oldest and wealthiest college, is the latest among a growing number of U.S. schools attempting to confront their involvement with slavery and also make amends for it.

The report, commissioned by Bacow, found that Harvard’s faculty, staff and leaders enslaved more than 70 Black and Native American people from the school’s founding in 1636 to 1783. It cautions that the figure is “almost certainly an undercount.” Using historical records, researchers were able to identify dozens of enslaved people by name, along with their connection to the university.

Most were identified only by a single name, such as Cesar, Dinah and Venus.

“Enslaved men and women served Harvard presidents and professors and fed and cared for Harvard students,” researchers found. “Moreover, throughout this period and well into the 19th century, the University and its donors benefited from extensive financial ties to slavery.”

The report says the university “should make a significant monetary commitment, and it should invest in remedies of equal or greater breadth than other universities.” Bacow said Harvard will attempt to redress its wrongs through “teaching, research and service." He is creating a committee to implement the report's suggestions.

Building on earlier research at Harvard, the report details how the university depended on the slave trade in its early years and profited from it for decades.

Harvard invested directly in the sugar and rum trades in the Caribbean, along with the U.S. cotton and railroad industries. The college's early growth is credited to support from wealthy donors who accumulated their fortunes through the slave trade and industries that relied on it.

Along with the 70 people who were enslaved, the report also lists their enslavers — including several Harvard presidents and high-ranking officials — and the campus buildings, rooms and professorships that are still named after them.

Even after slavery was abolished, the report says, prominent scholars continued to promote concepts that fueled racist ideas.

In his message, Bacow called the findings “disturbing and shocking,” and he acknowledged that the school “perpetuated practices that were profoundly immoral.”

“Consequently, I believe we bear a moral responsibility to do what we can to address the persistent corrosive effects of those historical practices on individuals, on Harvard, and on our society,” he wrote. 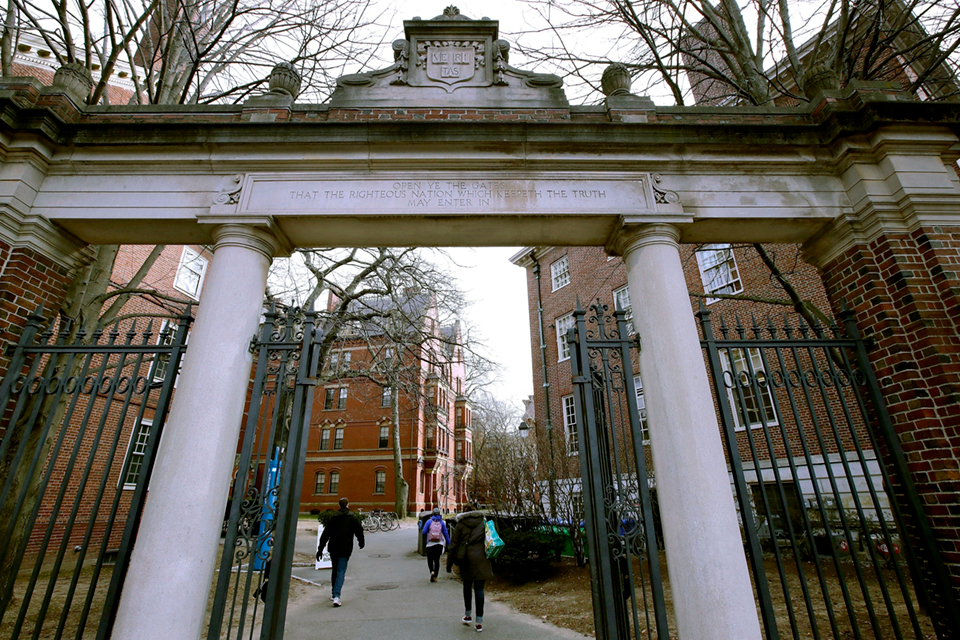 FILE - In this Dec. 13, 2018, file photo, a gate opens to the Harvard University campus in Cambridge, Mass. Harvard President Lawrence Bacow announced Tuesday, April 26, 2022 that the university is committing $100 million to study its ties to slavery and create a "Legacy of Slavery Fund." (AP Photo/Charles Krupa, File)

The 130-page report included a series of recommendations that Bacow endorsed. The $100 million will be used to carry out the work, with some funding to be made available now and more to be held in an endowment. The university itself has an endowment of more than $50 billion, the largest in the nation.

The report says Harvard should identify the descendants of enslaved people and engage with them “through dialogue, programming, information sharing, relationship building and educational support.”

“Through such efforts, these descendants can recover their histories, tell their stories and pursue empowering knowledge,” the report said.

More broadly, it urges Harvard to fight racial inequality by expanding education options for descendants of enslaved people, especially in the South and the Caribbean. It calls on the university to work closely with historically Black colleges across the country, with new funding to bring students and scholars to Harvard for up to a year at a time.

And acknowledging the enslavement of Native Americans, it calls on Harvard to build closer ties with New England tribes. Harvard should recruit more students from tribal communities, the report says, and organize a national conference promoting research on the enslavement of Indigenous people.

Acknowledging history and the students

In accepting the recommendations, Harvard joins an increasing number of colleges attempting to move from research to action as they reconcile with their histories.

Harvard formally began exploring its ties to slavery in 2016, when former President Drew Gilpin Faust acknowledged that the school was “directly complicit in America’s system of racial bondage." Faust organized a committee to study the topic and had a plaque installed on campus honoring enslaved people who labored there. 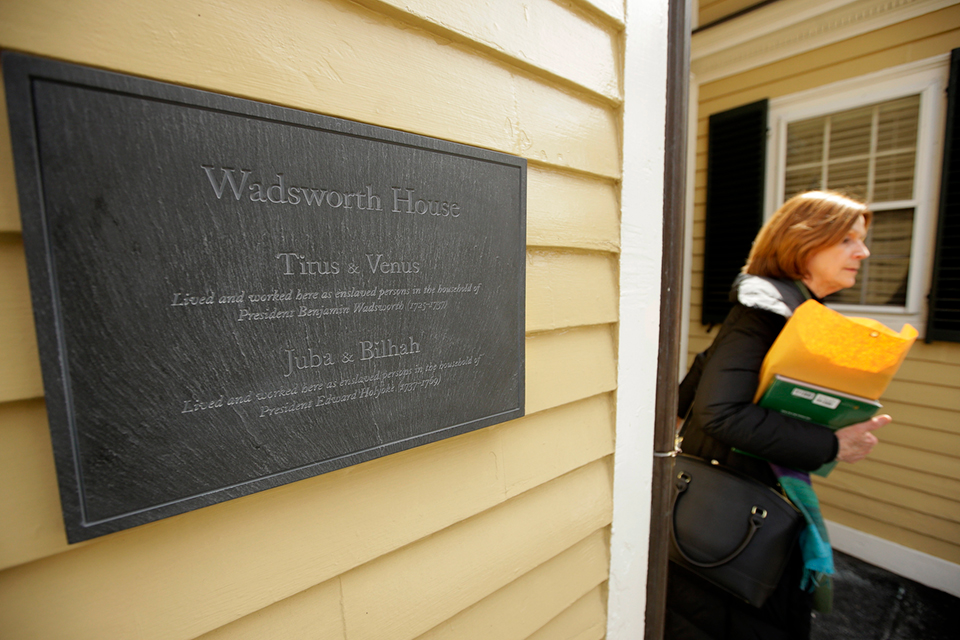 FILE — A passer-by walks near a newly unveiled plaque attached to Wadsworth House, Wednesday, April 6, 2016, on the campus of Harvard University, that honors four slaves that had been owned by and worked for Harvard's past presidents, in Cambridge, Mass. Harvard President Lawrence Bacow announced Tuesday, April 26, 2022 that the university is committing $100 million to study its ties to slavery and create a "Legacy of Slavery Fund." (AP Photo/Steven Senne, File)

Student activists had been shining a light on Harvard's darker histories for years. In 2015, students demanded that Harvard Law School abandon its official crest, which was tied to an 18th century donor whose family enslaved dozens of people. Months later, the school retired the symbol.

Soon after becoming president, Bacow established a new Presidential Initiative on Harvard and the Legacy of Slavery to dig deeper into the university's role. That effort led to the new report.

“The Harvard that I have known, while far from perfect, has always tried to be better — to bring our lived experience ever closer to our high ideals,” Bacow wrote. “In releasing this report and committing ourselves to following through on its recommendations, we continue a long tradition of embracing the challenges before us.”