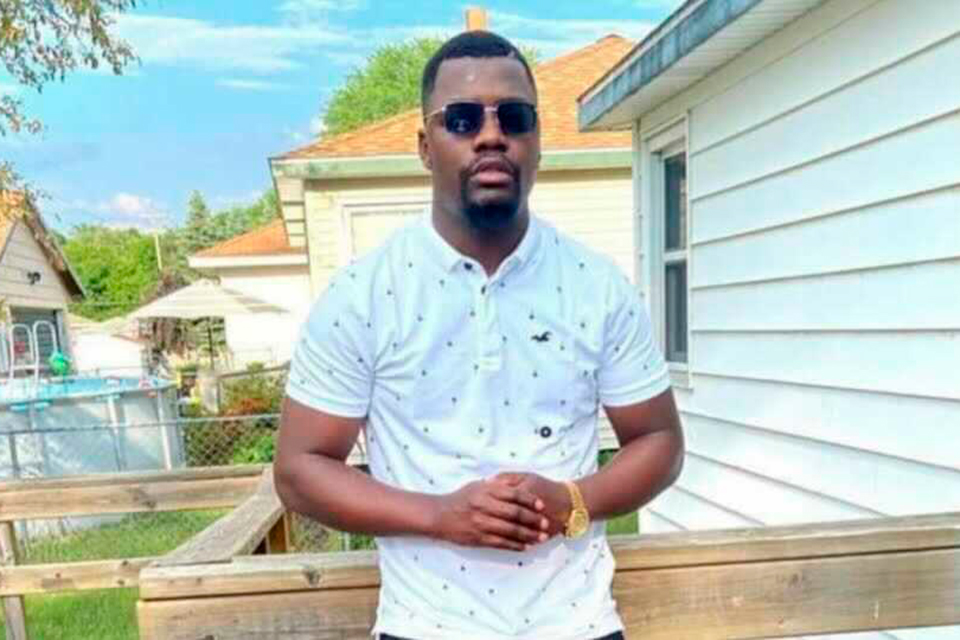 GRAND RAPIDS, Mich. (AP) — The union representing police officers in a Michigan city is defending the officer who shot Patrick Lyoya in the back of the head.

The Grand Rapids Police Officers Association called Lyoya's death “tragic” but said an “officer has the legal right to protect themselves and community in a volatile dangerous situation such as this, in order to return to his/her family at the end of their shift.”

“Whose city? Our city! Whose streets? Our streets!” people chanted.

Family vs the union

Lyoya, 26, was killed by Officer Christopher Schurr at the end of a brief foot chase and physical struggle that followed a traffic stop in Grand Rapids on April 4.

Lyoya was on the ground when Schurr ordered him to take his hands off the officer’s taser, according to video of the incident. 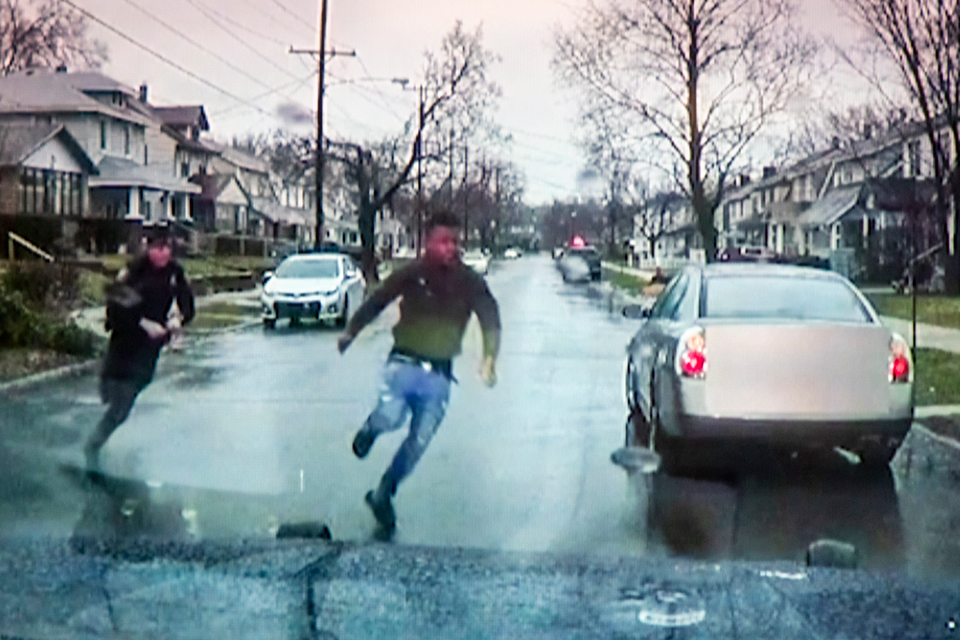 A TV display shows video evidence of a Grand Rapids police officer struggling with and shooting Patrick Lyoya at Grand Rapids City Hall on Wednesday, April 13, 2022. Lyoya, 26, was shot and killed about 8:10 a.m., on April 4, after what police said was a traffic stop. (Grand Rapids Police Department)

Schurr told Lyoya that he had stopped the vehicle because the license plate didn't match the car.

The union said on Facebook that it “stands with Officer Schurr and will continue to give him and his family whatever support they need.”

Lyoya's family wants Schurr fired and charged with crimes. State police are investigating the shooting. Kent County prosecutor Chris Becker said he will not give up the case, despite calls by civil rights activists to recuse himself.

Earlier Tuesday, Winstrom told a community forum that he wants to put more emphasis on officers knowing how to turn down the heat during tense situations. Some experts believe Schurr should have stopped trying to subdue Lyoya when he resisted.

“I guarantee that we can do more,” said Winstrom, who has been chief for less than two months. “Actually, that’s one of the things I’ve already reached out to my colleagues to say, ‘Hey, I need some curriculum, because we are going to beef it up.’"

During an impassioned eulogy for Lyoya in Grand Rapids on Friday, August 22, delivered at the request of his family, Rev. Al Sharpton called on the police department to finally release his name. Monday, he reiterated that call for justice, and the department released the name of Officer Christopher Schurr.

“Every time a Black man or woman is arrested in America, their name is immediately put out the news. But when this officer put the gun to the back of Patrick Lyoya’s head and decided to pull the trigger, his family had to wait three weeks to find out the name of the man who killed him. Transparency is the first step toward justice in Patrick Lyoya’s name, but it certainly isn’t the last,” said Rev. Al Sharpton, Founder and President of the National Action Network (NAN).