SpaceX Launches 3 Visitors to Space Station for $55M Each 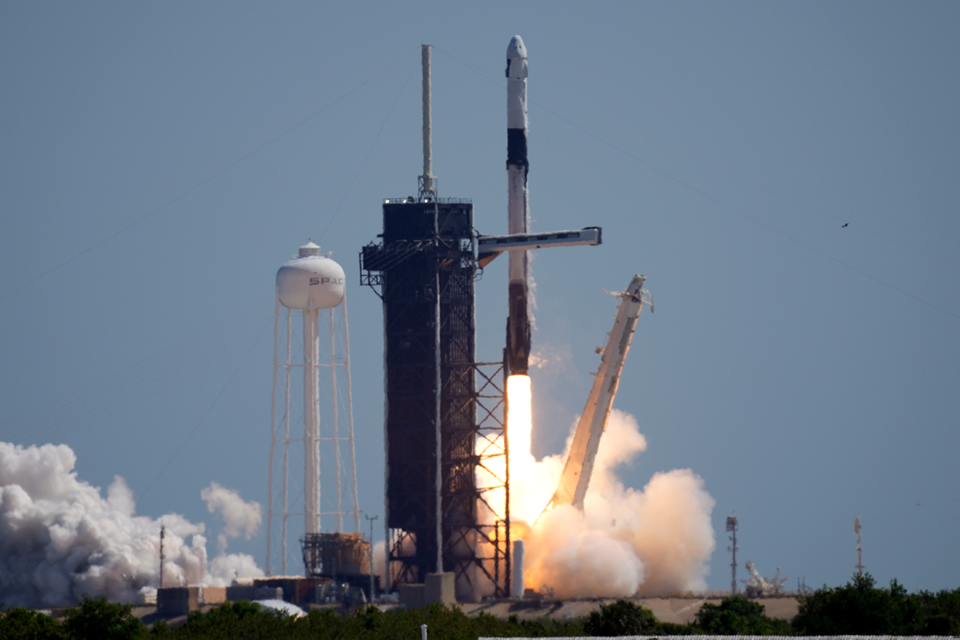 CAPE CANAVERAL, Fla. (AP) — SpaceX launched three rich businessmen and their astronaut escort to the International Space Station on Friday for more than a week’s stay, as NASA joins Russia in hosting guests at the world’s most expensive tourist destination.

It’s SpaceX’s first private charter flight to the orbiting lab after two years of carrying astronauts there for NASA.

Arriving at the space station Saturday will be an American, Canadian and Israeli who run investment, real estate and other companies. They’re paying $55 million apiece for the rocket ride and accommodations, all meals included.

Russia has been hosting tourists at the space station — and before that the Mir station — for decades. Just last fall, a Russian movie crew flew up, followed by a Japanese fashion tycoon and his assistant.

NASA is finally getting into the act, after years of opposing space station visitors.

“It was a hell of a ride and we’re looking forward to the next 10 days,” said former NASA astronaut and chaperone Michael Lopez-Alegria on reaching orbit.

The visitors' tickets include access to all but the Russian portion of the space station — they’ll need permission from the three cosmonauts on board. Three Americans and a German also live up there.

Lopez-Alegria plans to avoid talking about politics and the war in Ukraine while he’s at the space station.

“I honestly think that it won’t be awkward. I mean maybe a tiny bit,” he said. He expects the “spirit of collaboration will shine through.” 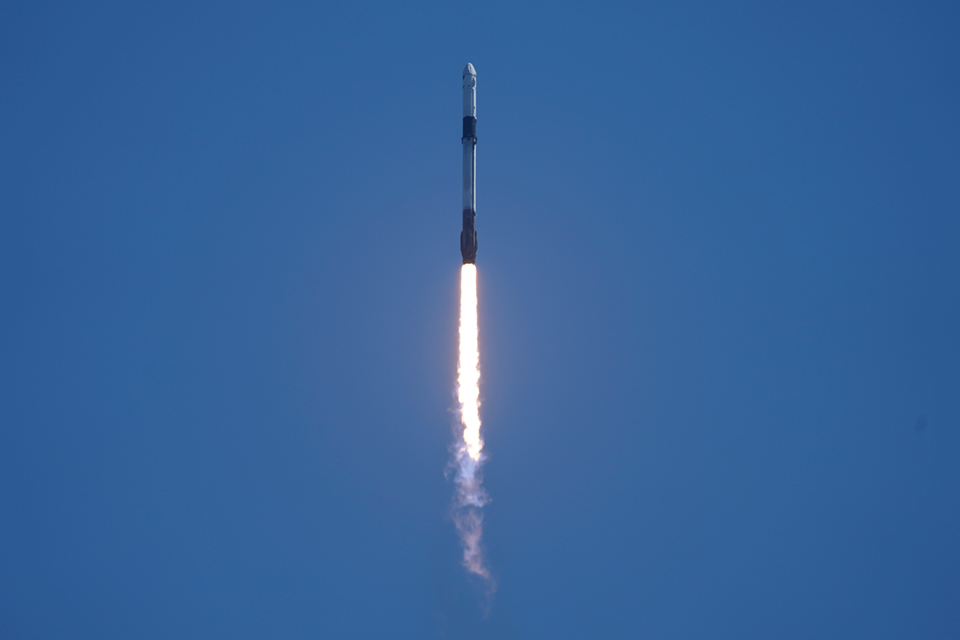 A SpaceX Falcon 9 rocket with the Crew Dragon capsule attached, lifts off with the first private crew from Launch Complex 39A Friday, April 8, 2022, at the Kennedy Space Center in Cape Canaveral, Fla. (AP Photo/Chris O'Meara)

Before the launch, their enthusiasm was obvious: Stibbe did a little dance when he arrived at the rocket at Kennedy Space Center.

SpaceX and NASA have been upfront with them about the risks of spaceflight, said Lopez-Alegria, who spent seven months at the space station 15 years ago.

“There’s no fuzz, I think, on what the dangers are or what the bad days could look like,” Lopez-Alegria told The Associated Press before the flight.

Each visitor has a full slate of experiments to conduct during their stay, one reason they don’t like to be called space tourists.

“They’re not up there to paste their nose on the window,” said Axiom’s co-founder and president, Michael Suffredini, a former NASA space station program manager.

The three businessmen are the latest to take advantage of the opening of space to those with deep pockets. Jeff Bezos’ rocket company Blue Origin is taking customers on 10-minute rides to the edge of space, while Virgin Galactic expects to start flying customers on its rocket ship later this year. 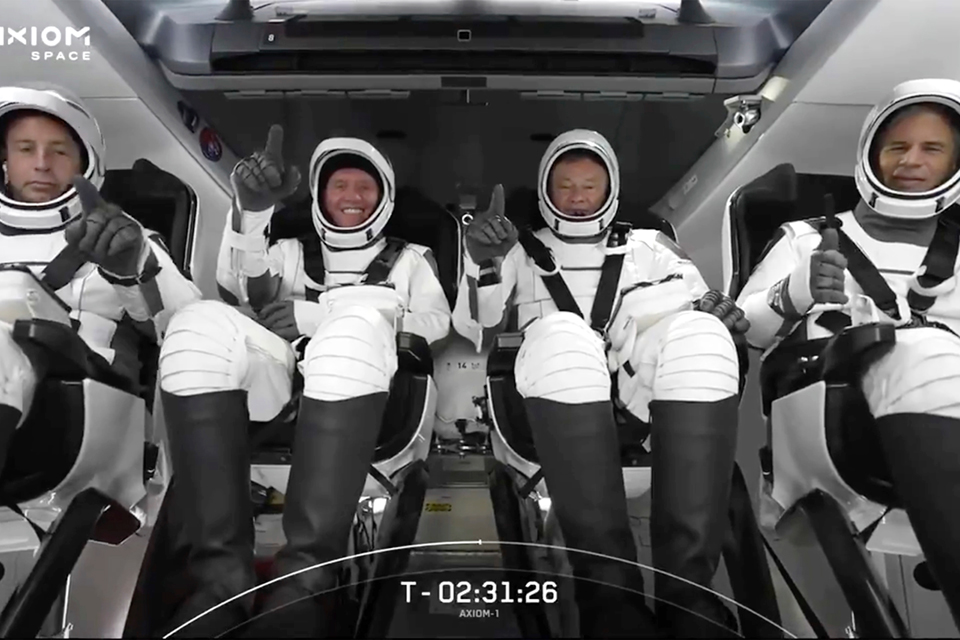 This photo provided by SpaceX shows the SpaceX crew seated in the Dragon spacecraft on Friday, April 8, 2022 in Cape Canaveral, Fla. SpaceX is scheduled to launch three rich businessmen and their astronaut escort to the International Space Station for more than a week’s stay. (SpaceX via AP)

Friday‘s flight is the second private charter for Elon Musk’s SpaceX, which took a billionaire and his guests on a three-day orbit ride last year.

Axiom is targeting next year for its second private flight to the space station. More customer trips will follow, with Axiom adding its own rooms to the orbiting complex beginning in 2024. After about five years, the company plans to detach its compartments to form a self-sustaining station — one of several commercial outposts intended to replace the space station once it's retired and NASA shifts to the moon.

At an adjacent pad during Friday’s launch: NASA’s new moon rocket, which is awaiting completion of a dress rehearsal for a summertime test flight.

As a gift for their seven station hosts, the four visitors are taking up paella and other Spanish cuisine prepared by celebrity chef José Andrés. The rest of their time at the station, NASA’s freeze-dried chow will have to do.

The automated SpaceX capsule is due back with the four on April 19.

Connor is honoring Ohio’s air and space legacy, taking up a fabric swatch from the Wright brothers’ 1903 Kitty Hawk flyer and gold foil from the Apollo 11 command module from the Neil Armstrong Air and Space Museum in Wapakoneta.

Only the second Israeli in space, Stibbe will continue a thunderstorm experiment begun by the first — Ilan Ramon, who died aboard shuttle Columbia in 2003. They were in the same fighter pilot squadron.

Stibbe is carrying copies of recovered pages of Ramon’s space diary, as well as a song composed by Ramon’s musician son and a painting of pages falling from the sky by his daughter.

“To be a part of this unique crew is a proof for me that there’s no dream beyond reach,”