Low-Income Girls Lack Support and Information to Deal with Puberty 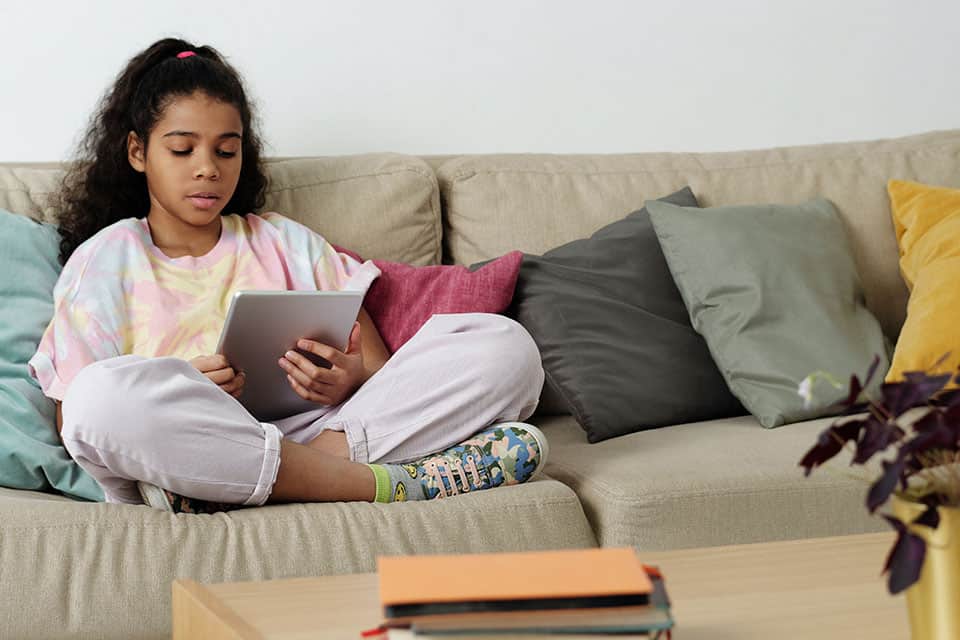 (THE CONVERSATION) My colleagues and I have conducted research focused on understanding and addressing the gap in menstrual support in countries around the world for over a decade.

Sometimes the problem is that girls don’t have access to toilets or clean water. But sometimes it’s that girls haven’t been given a lot of information about menstruation. Girls we’ve spoken to in Tanzania, Ghana, Ethiopia, Pakistan and Cambodia have described the fear and shame they experienced with their first periods. Some said they feared they were dying or had a terrible disease.

In response, we worked to develop puberty books for girls – and boys – ages 10 to 14 in many countries to help them understand what is happening to their bodies. We have helped distribute over one million books since 2010.

But I heard so many requests that my colleague Ann Herbert and I along with students at Columbia University’s Mailman School of Public Health decided to review the research to find out whether low-income girls in the U.S. really feel prepared for puberty.

What we learned was eye-opening. Across the research we reviewed, many girls reported negative experiences of and lack of preparation for puberty, and of menstruation in particular.

How did we find this out?

We examined qualitative research (research designed to explore a population’s experiences, behaviors and perspectives) on the pubertal experiences of low-income girls growing up in the U.S. from 2000 through 2014, focusing on studies that had been conducted with girls who went through a normal (not uncommonly early or delayed) pubertal experience.

This let us capture girls’ actual experiences and stories as they told them, rather than the numbers or statistics that may reflect pubertal change but not the rich details of their thoughts and perspectives.

We ultimately included 20 qualitative research articles for deeper analysis. Given the decades of attention that adolescent girls’ sexuality and related topics have received in research, advocacy and public health, the relatively small amount of literature on puberty was surprising to us. This means there are gaps in what we know about low-income girls growing up in the U.S. today.

Most of the articles that we found focused on samples of low-income urban girls in the northeast U.S. Studies of African-American and Hispanic girls tended to focus on sexuality and sexual behavior. For studies conducted with Caucasian girls, the onset of menstruation was usually the focus.

These differences in focus shape and limit our understanding of the broad spectrum of low-income girls’ pubertal experiences today.

What did we find?

Many girls reported feeling scared, traumatized and embarrassed at the arrival of their first period, along with feeling dirty and “gross.” This is similar to findings from low-income countries.

In general, the more negative descriptions were associated with girls feeling underprepared, not knowing what would happen with their first menstruation, or feeling they did not know enough about how to practically manage the blood flow and related discomfort that can arise with menstruation. There were also some neutral or ambivalent responses, although this included one girl suggesting she felt “scared and relieved.”

Some of the studies that assessed girls’ level of understanding of menstruation found that they did not always understand what was happening with their bodies.

Across many of the studies, girls reported feeling that they had not received enough information or support to cope with menstruation, or feeling like the information they did receive was too little and too late.

For instance, one girl reported believing she might be raped and get pregnant after she was told by her mother that “now [having started menstruating] she could have babies.”

More positively, girls reported feeling that the messages they received about menstruation made them feel like they were growing up.

Most of the studies were not designed to systematically capture girls’ level of puberty and menstrual knowledge. This limits the conclusions that can be drawn from the studies about what girls do and don’t know about these topics.

There was much less written about breast development, with only some of the studies describing girls’ experiences. However, for the girls who did mention how they felt about their breast development, their comments were generally more positive than about menstruation.

But some girls reported wearing baggy clothing and avoiding activities such as running that would make their breast development more obvious.

Some girls subjected to restrictions

Girls across sampling categories (Caucasian, Hispanic, Arab, African-American) reported receiving messages about “becoming a woman” and the sense that they were becoming part of a female club whose members were able to share experiences.

For some girls, these messages felt like a rite of passage. But for girls who perceived menstrual onset to be linked to rules that restricted their behavior, such as no longer being allowed to play freely with their male friends, the experience was more negative.

They described being told to dress more “girly” or “not being able to swim or do anything again.”

Starting menstruation at an earlier age was associated with more negative experiences. Celebrating the arrival of menstruation, particularly when gifts were received, was described by some girls as a more positive experience. However, other girls reported feeling that their mothers’ enthusiastic reactions were exaggerated and embarrassing.

Girls reported mothers as their primary sources of information, but mothers in return reported feeling inadequately prepared to speak with their daughters, and uncomfortable with this role.

In contrast, the onset of puberty and menstruation appears to create a distancing between many girls and their fathers.

Peers were found to be helpful sources of support and information. But they can also convey misinformation about the body changes happening to girls. And male peers were sometimes reported to be sources of bullying and teasing that could increase girls’ discomfort with menstruation.

Why does any of this matter?

For one, puberty is a critical period of development that lays the foundation for future sexual and reproductive health.

Two, a key step in building girls’ (or boys’) confidence and self-esteem about their changing bodies is helping them feel supported and prepared as new, and often, confusing changes happen emotionally and physically inside of them.

All girls growing up in the U.S. today should be encouraged, informed and confident about their changing bodies, developing sexuality and future reproductive health. There is an urgent need for new research that focuses on the diversity of low-income girls’ experiences of puberty in the U.S. today, but also new programs that will better support both them and their parents at this critical developmental stage of life.

This article is republished from The Conversation under a Creative Commons license. Read the original article here: https://theconversation.com/low-income-girls-often-feel-unprepared-for-puberty-72164.