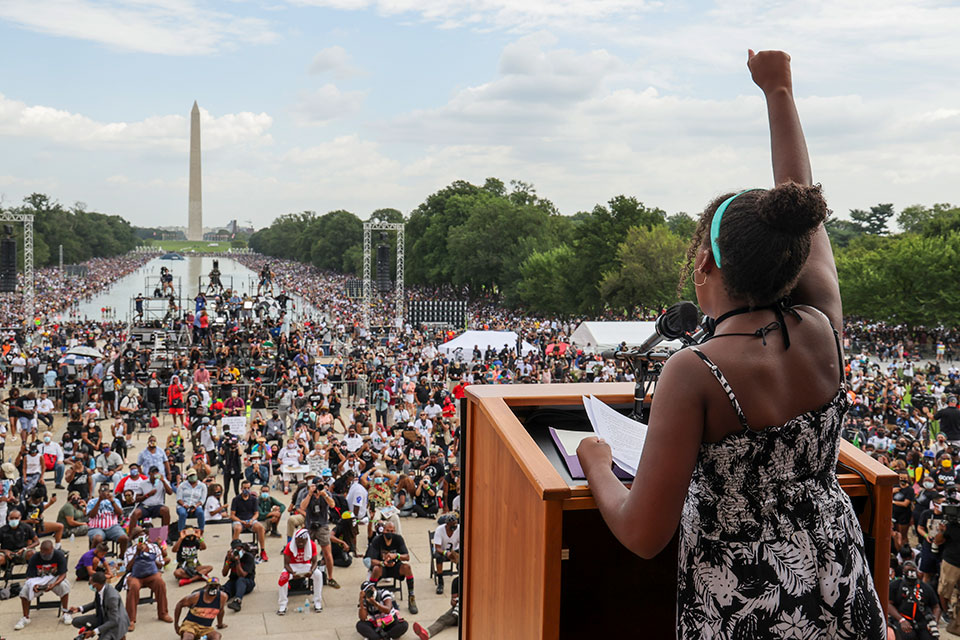 California’s first-in-the-nation task force on reparations has decided to limit state compensation to the descendants of free and enslaved Black people who were in the U.S. in the 19th century, narrowly rejecting a proposal to include all Black people regardless of lineage.

The vote Tuesday split 5-4, and the hours-long debate was at times testy and emotional. Near the end, the Rev. Amos Brown, president of the San Francisco branch of the NAACP and vice chair of the task force, pleaded with the commission to move ahead with a clear definition of who would be eligible for restitution.

"We've got to give emergency treatment to where it is needed."

Gov. Gavin Newsom signed legislation creating the two-year reparations task force in 2020, making California the only state to move ahead with a study and plan, with a mission to study the institution of slavery and its harms and to educate the public about its findings. 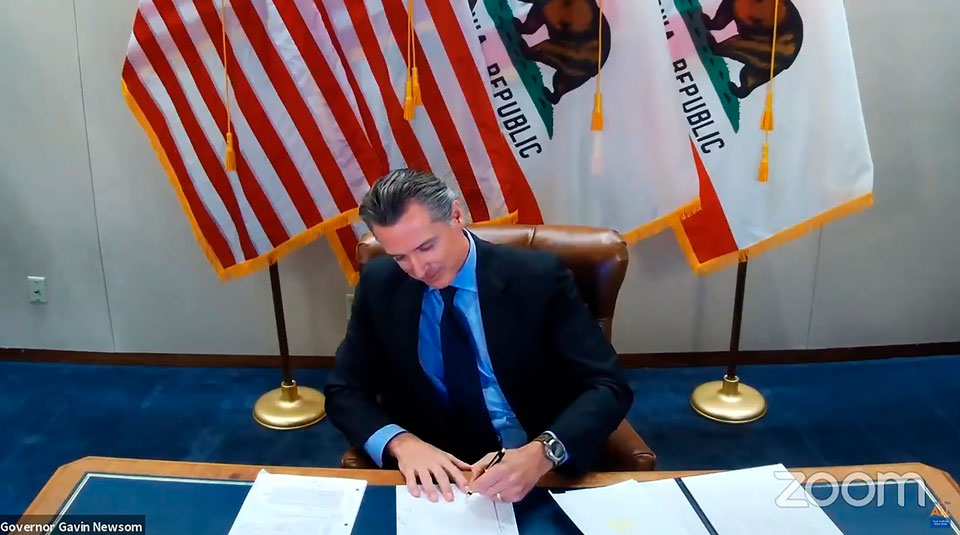 This image made from video from the Office of the Governor shows California Gov. Gavin Newsom signing into law a bill that establishes a task force to come up with recommendations on how to give reparations to Black Americans on Sept. 30, 2020, in Sacramento, Calif. The law establishes a nine-member task force to come up with a plan for how the state could give reparations to Black Americans, what form those reparations might take and who would be eligible to receive them. The task force could vote on the question of eligibility on Tuesday, March 28, 2022, after putting it off at last month's meeting. (Office of the Governor via AP, File)Reparations efforts at the federal level have not gone anywhere, but cities and universities are taking up the issue. The mayor of Providence, Rhode Island, announced a city commission in February while the city of Boston is considering a proposal to form its own reparations commission.

The Chicago suburb of Evanston, Illinois, became the first U.S. city to make reparations available to Black residents last year, although some say the program has done nothing to right a wrong.

California's task force members — nearly all of whom can trace their families back to enslaved ancestors in the U.S. — were aware that their deliberations over a pivotal question will shape reparations discussions across the country. The members were appointed by the governor and the leaders of the two legislative chambers.

Those favoring a lineage approach said that a compensation and restitution plan based on genealogy as opposed to race has the best change of surviving a legal challenge. They also opened eligibility to free Black people who migrated to the country before the 20th century, given possible difficulties in documenting family history and the risk at the time of becoming enslaved. 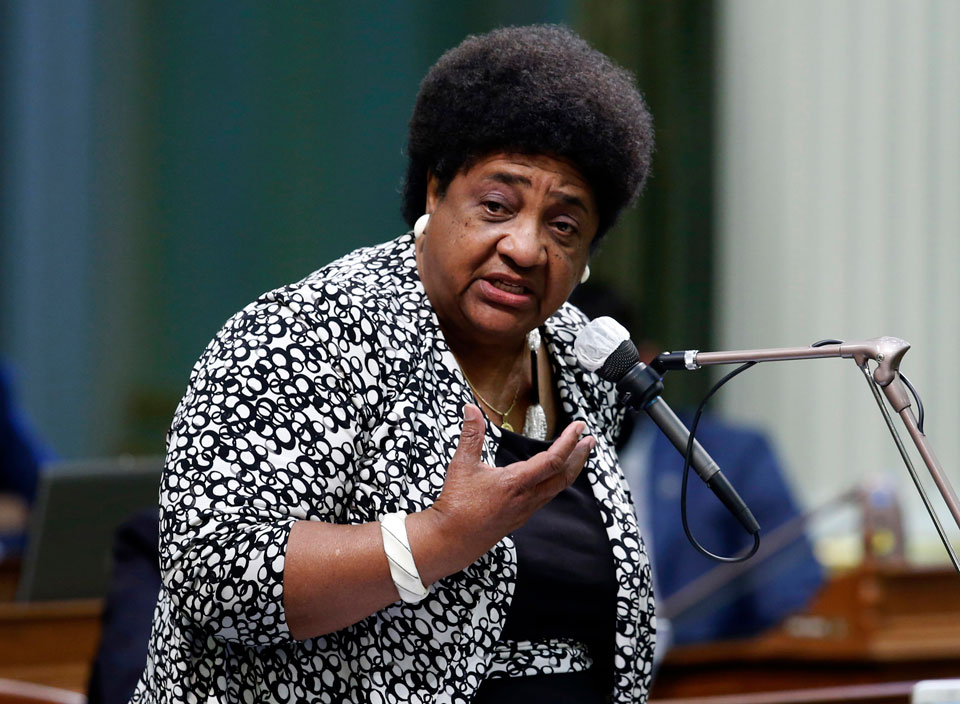 Assemblywoman Shirley Weber speaks at the Capitol in Sacramento, Calif., on June 10, 2020. Weber is the daughter of sharecroppers who authored legislation creating the first-in-the-nation task force in California to study and recommend reparations. California's first-in-the-nation task force on reparations is at a crossroads with members divided on which Black Americans should be eligible for compensation. The task force could vote on the question of eligibility on Tuesday, March 28, 2022, after putting it off at February's meeting. (AP Photo/Rich Pedroncelli, File)Others on the task force argued that reparations should include all Black people in the U.S. who suffer from systemic racism in housing, education and employment and said they were defining eligibility too soon in the process.

“We need to galvanize the base and that is Black people,” she said. “We can’t go into this reparations proposal without having all African Americans in California behind us.”

But Kamilah Moore, a lawyer and chair of the task force, said expanding eligibility would create its own fissures and was beyond the purpose of the committee.

“That is going to aggrieve the victims of the institution of slavery, which are the direct descendants of the enslaved people in the United States,” she said.

“It goes against the spirit of the law as written.”

Compensation plan yet to be formed

The committee is not even a year into its two-year process and there is no compensation plan of any kind on the table. Longtime advocates have spoken of the need for multifaceted remedies for related yet separate harms, such as slavery, Jim Crow laws, mass incarceration and redevelopment that resulted in the displacement of Black communities.

Compensation could include free college, assistance buying homes and launching businesses, and grants to churches and community organizations, advocates say.

The eligibility question has dogged the task force since its inaugural meeting in June, when viewers called in pleading with the nine-member group to devise targeted proposals and cash payments to make whole the descendants of enslaved people in the U.S.

Chicago resident Arthur Ward called in to Tuesday's virtual meeting, saying that he was a descendant of enslaved people and has family in California. He supports reparations based only on lineage and expressed frustration with the panel’s concerns over Black immigrants who experience racism.

“When it comes to some sort of justice, some kind of recompense, we are supposed to step to the back of the line and allow Carribeans and Africans to be prioritized,” Ward said.

“Taking this long to decide something that should not even be a question in the first place is an insult.”

California Assemblyman Reginald Jones-Sawyer, who voted against limiting eligibility, said there is no question that descendants of slaves are the priority, but he said the task force also needs to stop ongoing harm and prevent future harm from racism. He said he wished the panel would stop “bickering" over money they don't have yet and start discussing how to close a severe wealth gap.

“We’re arguing over cash payments, which I firmly don’t believe are the be all and end all,” he said.

Reparations critics say that California has no obligation to pay up given that the state did not practice slavery and did not enforce Jim Crow laws that segregated Black people from white people in the southern states.

But testimony provided to the committee shows California and local governments were complicit in stripping Black people of their wages and property, preventing them from building wealth to pass down to their children. Their homes were razed for redevelopment, and they were forced to live in predominantly minority neighborhoods and couldn’t get bank loans that would allow them to purchase property.

Today, Black residents are 5% of the state’s population but over-represented in jails, prison and homeless populations. And Black homeowners continue to face discrimination in the form of home appraisals that are significantly lower than if the house were in a white neighborhood or the homeowners are white, according to testimony.

A report is due by June with a reparations proposal due by July 2023 for the Legislature to consider turning into law.