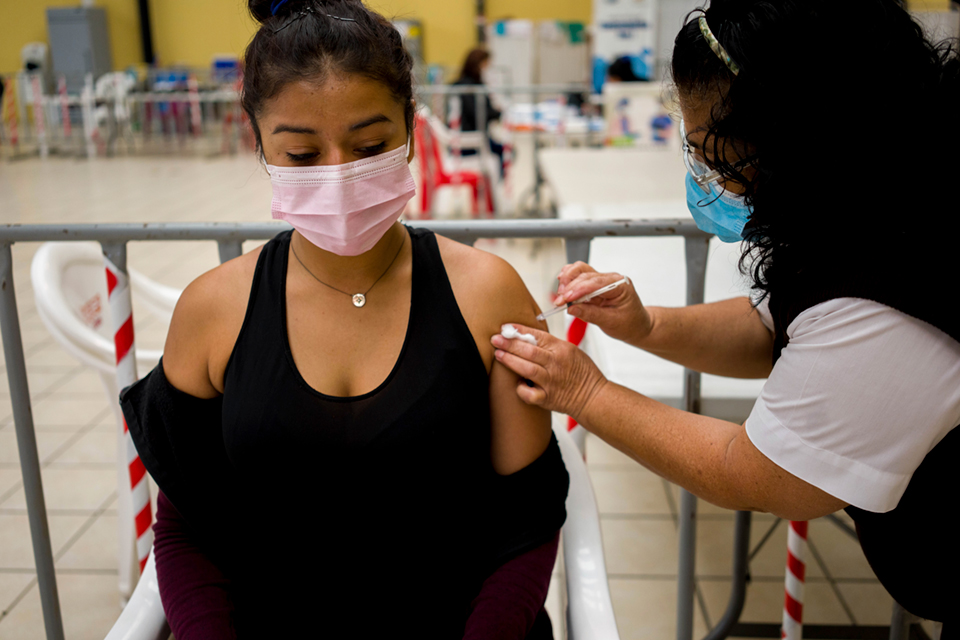 GENEVA (AP) — An expert group convened by the World Health Organization said Tuesday it “strongly supports urgent and broad access” to booster doses of COVID-19 vaccine amid the global spread of omicron, capping a reversal of the U.N. agency’s repeated insistence last year that boosters weren't necessary for healthy people and contributed to vaccine inequity.

In a statement, WHO said its expert group concluded that immunization with authorized COVID-19 vaccines provide high levels of protection against severe disease and death amid the continuing spread of the hugely contagious omicron variant. WHO eased back on its earlier position in January by saying boosters were recommended once countries had adequate supplies and after protecting their most vulnerable.

It said vaccination, including the use of boosters, was especially important for people at risk of severe disease.

Last year, WHO’s director-general Tedros Adhanom Ghebreyesus called for a moratorium on booster doses while dozens of countries embarked on administering the doses, saying rich countries should immediately donate those vaccines to poor countries instead. WHO scientists said at the time they would continue to evaluate incoming data.

The updated recommendations came from an 18-member advisory group that focuses on the impact of "variants of concern" — the most worrying variants, like omicron — and assesses the vaccines' effectiveness against them.

Numerous scientific studies have proven that booster doses of authorized vaccines help restore waning immunity and protect against serious COVID-19. Booster programs in rich countries including Britain, Canada and the U.S. have been credited with preventing the surge in omicron infections from spilling over into hospitals and cemeteries.

WHO said it is continuing to monitor the global spread of omicron, including a “stealth” version known as BA.2, which has been documented to have re-infected some people after an initial case of omicron. There’s mixed research on whether it causes more severe disease, but vaccines appear just as effective against it.

WHO noted that the current authorized COVID-19 vaccines are all based on the strain that was first detected in Wuhan, China more than three years ago.

“Since then, there has been continuous and substantial virus evolution and it is likely that this evolution will continue, resulting in the emergence of new variants,” the agency said. It added that coronavirus vaccines would likely need to be updated.