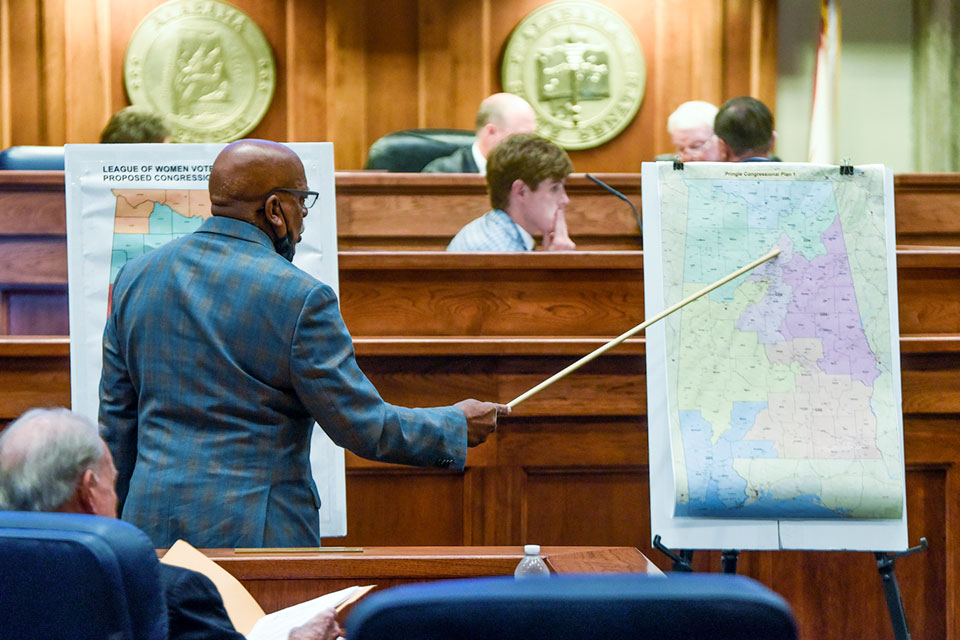 WASHINGTON (AP) — The Supreme Court's decision to halt efforts to create a second mostly Black congressional district in Alabama for the 2022 election sparked fresh warnings Tuesday that the court is becoming too politicized, eroding the Voting Rights Act and reviving the need for Congress to intervene.

The Supreme Court's conservative majority put on hold a lower court ruling that Alabama must draw new congressional districts to increase Black voting power. Civil rights groups had argued that the state, with its “sordid record” of racial discrimination, drew new maps by “packing” Black voters into one single district and “cracking” Black voters from other districts in ways that dilute their electoral power. Black voters are 26% of Alabama's electorate.

In its 5-4 decision late Monday, the Supreme Court said it would review the case in full, a future legal showdown in the months to come that voting advocates fear could further gut the protections in the landmark Civil Rights-era law.

It's "the latest example of the Supreme Court hacking away at the protections of the voting rights act of 1965,” said Sen. Dick Durbin, D-Ill., chairman of the Judiciary Committee. “Congress must act. We must restore the Voting Rights Act.”

The outcome all but ensures Alabama will continue to send mostly white Republicans to Washington after this fall’s midterm elections and applies new pressure on Congress to shore up voter protections after a broader elections bill collapsed last month. And the decision shows the growing power of the high court’s conservative majority as President Joe Biden is under his own pressures to name a liberal nominee to replace retiring Justice Stephen Breyer.

Rep. Terri Sewell, the only Black representative from Alabama, said the court’s decision underscores the need for Congress to pass her bill, the John R. Lewis Voting Rights Advancement Act, to update and ensure the law's historic protections.

“Black Alabamians deserve nothing less,” Sewell said in a statement. 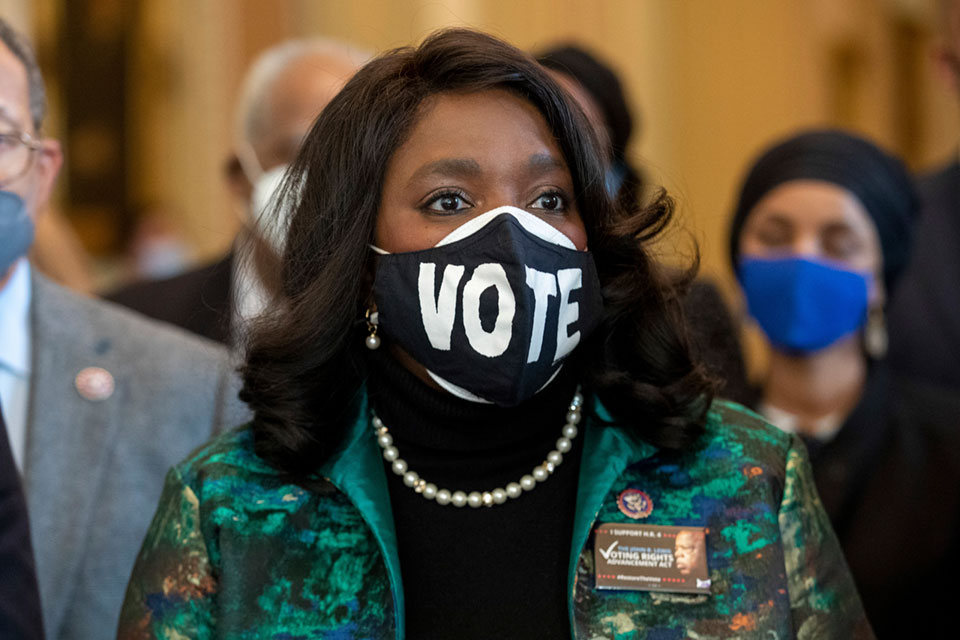 FILE - Rep. Terri Sewell, D-Ala., alongside other members of the Congressional Black Caucus, speaks in front of the senate chambers about their support of voting rights legislation at the Capitol in Washington, on Jan. 19, 2022. The Supreme Court's decision to halt efforts to create a second mostly Black congressional district in Alabama for the 2022 election has sparked fresh warnings that the court is eroding the Voting Rights Act and reviving the need for Congress to intervene. (AP Photo/Amanda Andrade-Rhoades, File)

The case out of Alabama is one of the most important legal tests of the new congressional maps stemming from the 2020 census count. It comes in the aftermath of court decisions that have widely been viewed as chiseling away at race-based protections of the Voting Rights Act.

Alabama and other states with a known history of voting rights violations were no longer under federal oversight, or “preclearance,” from the Justice Department for changes to their election practices after the court, in its 2013 Shelby v. Holder decision, struck down the bill's formula as outdated.

One person, one vote

As states nationwide adjust their congressional districts to fit population and demographic data, Alabama’s Republican-led Legislature drew up new maps last fall that were immediately challenged by civil rights groups on behalf of Black voters in the state.

Late last month, a three-judge lower court, which includes two judges appointed by former President Donald Trump, had ruled that the state had probably violated the federal Voting Rights Act by diluting the political power of Black voters. This finding was rooted, in part, in the fact that the state did not create a second district in which Black voters made up a majority, or close to it.

Given that more than one person in four in Alabama is Black, the plaintiffs had argued the single Black district is far less than one person, one vote.

“Black voters have less opportunity than other Alabamians to elect candidates of their choice to Congress,” the three-judge panel wrote in the 225-page ruling.

The lower court gave the Alabama legislature until Friday to come up with a remedial plan.

Late Monday, the Supreme Court, after an appeal from Alabama, issued a stay. Justices Brett Kavanaugh and Samuel Alito, part of the conservative majority, said the lower court’s order for a new map came too close to the 2022 election.

“It’s just a really disturbing ruling,” said Sen. Cory Booker, D-N.J., a member of the Judiciary Committee, who called the Supreme Court’s decision “a setback to racial equity, to ideals of one person, one vote.”

Rep. Joyce Beatty, D-Ohio, and the chair of the Congressional Black Caucus, said the decision “hits at the guts of voting rights.” She told The Associated Press: “We’re afraid of what will happen from Alabama to Texas to Florida and even to the great state of Ohio.”

White House Press Secretary Jen Psaki said the court decision exposes the need for Congress to legislate to protect voting rights. The erosion of those rights is “exactly what the Voting Rights Act is in place to prevent.”

Critics went beyond assailing the decision at hand to assert that the court has become political.

“I know the court likes to say it’s not partisan, that it’s apolitical, but this seems to be a very political decision," said Democratic Sen. Chris Van Hollen of Maryland. Rep. Hakeem Jeffries, D-N.Y., tweeted that the court majority has “zero legitimacy.”

Alabama Republicans welcomed the court's decision. “It is great news,” said Rep. Mo Brooks who is running for the GOP nomination for Senate. He called the lower court ruling an effort to “usurp” the decisions made by the state's legislature.

The justices will at some later date decide whether the map produced by the state violates the voting rights law, a case that could call into question “decades of this Court’s precedent" about Section 2 of the act, Justice Elena Kagan wrote in dissent. Section 2 prohibits racial and other discrimination in voting procedures.

Voting advocates see the arguments ahead as a showdown over voting rights they say are being slowly but methodically altered by the Roberts court.

The Supreme Court in the Shelby decision did away with the preclearance formula under Section 5 of the Voting Rights Act. And last summer, the conservative majority in Bronvich vs. the Democratic National Committee upheld voting limits in an Arizona case concerning early ballots that a lower court had found discriminatory under Section 2.

With the Alabama case, the court is wading further into Section 2 limits over redistricting maps.

Alabama Democratic Party Chairman Chris England, who is a member of the Alabama Legislature from Tuscaloosa, said he fears the Supreme Court’s action will reverberate and embolden other GOP-controlled states.

“If this was the epicenter of the earthquake, the tremors are going to be felt in state legislatures, city councils and county commissions — all of which are currently going through some form of redistricting right now,” said England.