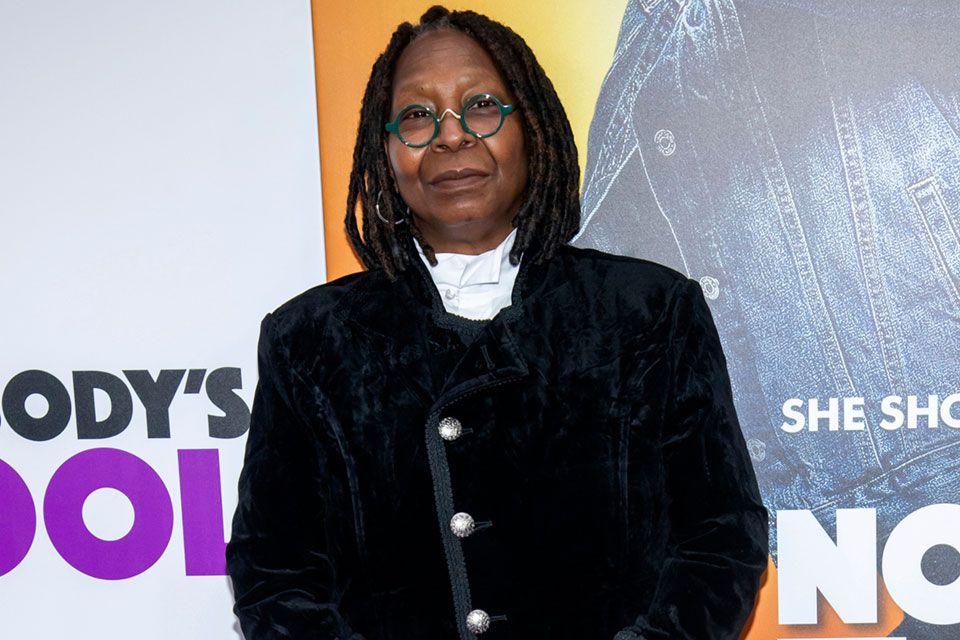 NEW YORK (AP) — Whoopi Goldberg was suspended for two weeks Tuesday as co-host of “The View” because of what the head of ABC News called her “wrong and hurtful comments” about Jews and the Holocaust.

“While Whoopi has apologized, I’ve asked her to take time to reflect and learn about the impact of her comments. The entire ABC News organization stands in solidarity with our Jewish colleagues, friends, family and communities,” ABC News President Kim Godwin said in a statement.

The suspension came a day after Goldberg's comment during a discussion on “The View” that race was not a factor in the Holocaust. Goldberg apologized hours later and again on Tuesday's morning episode, but the original remark drew condemnation from several prominent Jewish leaders.

“My words upset so many people, which was never my intention,” she said Tuesday morning. “I understand why now and for that I am deeply, deeply grateful because the information I got was really helpful and helped me understand some different things.”

Goldberg made her original comments during a discussion on the show Monday about a Tennessee school board’s banning of “Maus,” a Pulitzer Prize-winning graphic novel about the Nazi death camps during World War II. She said the Holocaust was “not about race ... it’s about man’s inhumanity to other man.”

“I misspoke,” Goldberg said at the opening of Tuesday’s show.

The flare-up over Goldberg's remarks this week highlighted the enduring complexity of some race-related issues, including the widespread but strongly contested notion that only people of color can be victims of racism.

“Effective immediately, I am suspending Whoopi Goldberg for two weeks for her wrong and hurtful comments,” Godwin said in her statement.

“The View” brought on Jonathan Greenblatt, CEO of the Anti-Defamation League and author of “It Could Happen Here,” on Tuesday to discuss why her words had been hurtful.

“Jewish people at the moment are feeling besieged," Greenblatt said.

Rabbi Abraham Cooper, associate dean of the Simon Wiesenthal Center, praised Goldberg for being outspoken over the years on social issues but said he struggled to understand her statement on the Holocaust.

“The only explanation that I have for it is that there is a new definition of racism that has been put out there in the public recently that defines racism exclusively as the targeting of people of color. And obviously history teaches us otherwise,” Cooper said.

“Everything about Nazi Germany and about the targeting of the Jews and about the Holocaust was about race and racism. That’s the unfortunate, unassailable historic fact,” he said.

“In her error, she was reflecting a misunderstanding of Jewish identity that is both widespread and dangerous that is sometimes described as erasive antisemitism,” said Marcus, who is the author of ‘The Definition of Anti-Semitism.’

“It is the notion that Jews should be viewed only as being white, privileged oppressors,” he said. “It denies Jewish identity and involves a whitewashing of Jewish history.”

Marcus referred to the use of anti-Jewish stereotypes “about being powerful, controlling and sinister,” coupled with downplaying or denying antisemitism. 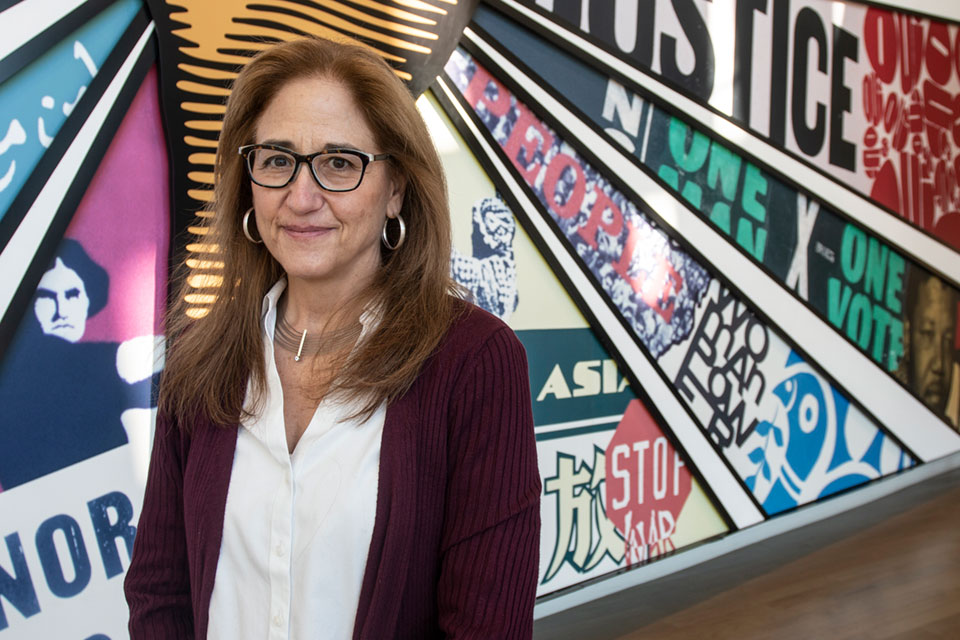 Jill Savitt, CEO and president of the Center for Civil and Human Rights, stands near a display at the center on Tuesday, Feb. 1, 2022, in Atlanta. Savitt said she empathizes with what Whoopi Goldberg was trying to say on "The View" when she described the Holocaust as not being about race. Goldberg later apologized for her comments and said she misspoke. (AP Photo/Ron Harris)

Jill Savitt, president and CEO of the National Center for Civil and Human Rights, offered a measured view of Goldberg's comments.

“No one can get into Whoopi Goldberg’s head, ... But I think what she’s trying to say is that the Holocaust is about hatred. It’s about inhumanity. It’s about what human beings will do to one another that is inhumane,” Savitt said.

“I think people are not as quick to give anybody the benefit of the doubt these days, which is a shame because in order to work through painful, complicated, difficult issues, especially painful histories,” Savitt said, “we could give each other a little more grace because people are going to make mistakes or they’re going to say things that offend.”

In Israel, being Jewish is rarely seen in racial terms, in part because of the country’s great diversity. Yet Jewish identity goes far beyond religion. Israelis typically refer to the “Jewish people” or “Jewish nation,” describing a group or civilization bound together by a shared history, culture, language and traditions and deep ties to Jewish communities overseas.

On “The View” Monday, Goldberg, who is Black, had expressed surprise that some Tennessee school board members were uncomfortable about nudity in “Maus.”

“I mean, it’s about the Holocaust, the killing of 6 million people, but that didn’t bother you?” she said. “If you’re going to do this, then let’s be truthful about it. Because the Holocaust isn’t about race. No, it’s not about race.”

She continued on that line despite pushback from some of her fellow panelists.

The U.S. Holocaust Museum in Washington responded to Goldberg with a tweet.

“Racism was central to Nazi ideology. Jews were not defined by religion, but by race. Nazi racist beliefs fueled genocide and mass murder,” it said.

That tweet also included a link to the museum’s online encyclopedia, which said the Nazis attributed negative stereotypes about Jews to a biologically determined racial heritage.

Savitt said while Jews are not a race, Nazis made Judaism a a race in their effort to create a racial hierarchy that “borrowed this, it should be said, from the American conversation about racial superiority and eugenics.”

On Twitter, there were several calls for Goldberg's firing, where it appeared caught up in the familiar debates between left and right.

Greenblatt said the talk show, in the market for a new co-host following last summer's departure of Meghan McCain, should consider hiring a Jewish woman to keep the issue of antisemitism in the forefront.