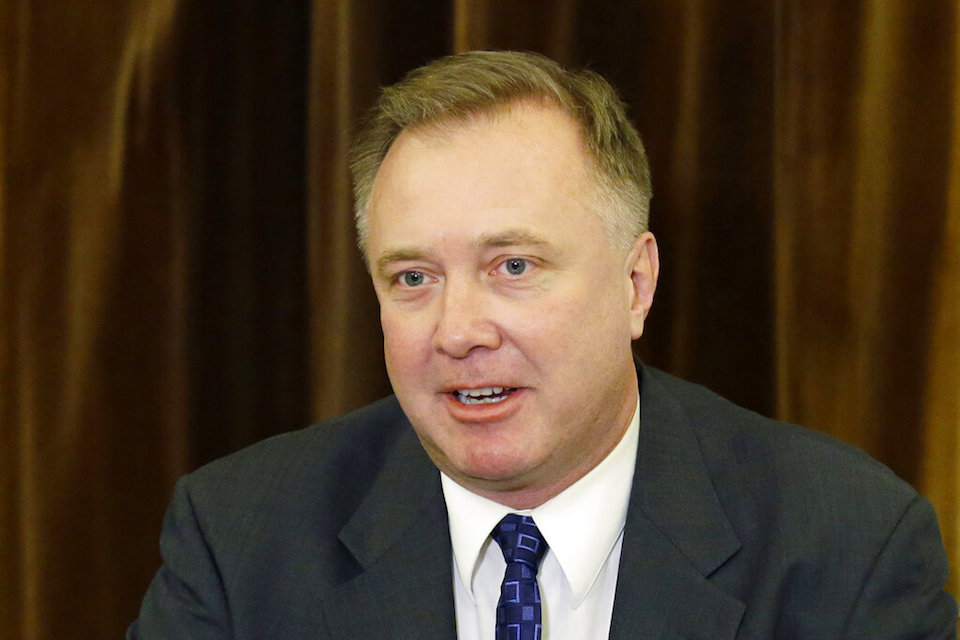 DETROIT (AP) — Hospitals across the country are struggling to cope with burnout among doctors, nurses and other workers, already buffeted by a crush of patients from the ongoing surge of the COVID-19 delta variant and now bracing for the fallout of another highly transmissible mutation.

Ohio became the latest state to summon the National Guard to help overwhelmed medical facilities. Experts in Nebraska warned that its hospitals soon may need to ration care. Medical officials in Kansas and Missouri are delaying surgeries, turning away transfers and desperately trying to hire traveling nurses, as cases double and triple in an eerie reminder of last year's holiday season.

“There is no medical school class that can prepare you for this level of death," said Dr. Jacqueline Pflaum-Carlson, an emergency medicine specialist at Henry Ford Health System in Detroit. “The hits just keep coming.”

The national seven-day average of COVID-19 hospital admissions was 60,000 by Wednesday, far off last winter's peak but 50% higher than in early November, the government reported. The situation is more acute in cold-weather regions, where people are increasingly gathering inside and new infections are piling up.

New York state reported Saturday that slightly more than 21,900 people had tested positive for COVID-19 the day before, a new high since tests became widely available. Consequences of the latest surge have been swift in New York City: The Rockettes Christmas show was scratched for the season; some Broadway shows canceled performances because of outbreaks among cast members; and “Saturday Night Live” announced it was taping without a live audience and with only limited cast and crew.

“We are in a situation where we are now facing a very important delta surge and we are looking over our shoulder at an oncoming omicron surge," Dr. Anthony Fauci, chief medical adviser to President Joe Biden, said of the two COVID-19 variants.

“The beds are not the issue. It’s the nurses to staff the beds. ... And it’s all created by rising COVID numbers and burnout," Hays said. “Our nurses are burnt out.”

Experts attribute most of the rise in cases and hospitalizations to infections among people who have not been inoculated against the coronavirus. The government says 61% of the U.S. population is fully vaccinated.

Dr. Steve Stites, chief medical officer at University of Kansas Health System in Kansas City, Kansas, said the “pandemic of the unvaccinated” continues to swamp the hospital and its workers.

“There’s no place to go. Our staff are tired. We’re going to run out of travelers," Stites said, referring to visiting health care workers, “and omicron is at our doorstep. This is a tornado warning to our community.”

Ohio's National Guard deployment is one of the largest seen during the pandemic, with more than 1,000 members sent to beleaguered hospitals especially in the Akron, Canton and Cleveland areas.

As of Friday, 4,723 people in the state were hospitalized with the coronavirus, a number last seen about a year ago, Gov. Mike DeWine said. Some staffers were taking only short breaks before punching in for second shifts, he added.

Health systems elsewhere that are doing somewhat better are nervously eyeing the arrival of the omicron variant and girding themselves for the impact.

Nebraska officials said hospitals might have to put some care on hold to make room for COVID-19 patients.

While case numbers are down from the state's pandemic peak, they could rebound rapidly, and bed availability remains tight because of patients with non-virus ailments.

“It may be likely that omicron will cause a giant surge, and honestly we can’t handle that right now,” said Dr. Angela Hewlett of Nebraska Medicine in Omaha.

At Los Angeles’ Providence Holy Cross Medical Center, just 17 coronavirus patients were being treated there Friday, a small fraction of the hospital’s worst stretch. Nurse manager Edgar Ramirez said his co-workers are weary but better prepared if a wave hits.

“The human factor of having that fear is always going to be there,” Ramirez said. “I tell our crew, ‘We have to talk through this. We have to express ourselves.’ Otherwise it’s going to tough.”

Twin sisters Linda Calderon and Natalie Balli, 71, had planned to get vaccinated but delayed it until it was too late. Now they're on oxygen in the same room at Providence Holy Cross, their beds separated by just a few feet.

“We kept saying, ‘we’ll do it tomorrow.’ But tomorrow never came,” Calderon said as she watched her sister struggle to breathe.

“We really regret not getting the shots, because if we did, we wouldn’t be like this right now.”

Pflaum-Carlson, the doctor at Detroit's Henry Ford Health, made a public plea for people to get the shots both for their benefit and for those toiling on the frontlines of care. Eighty percent of the roughly 500 COVID-19 patients at the system's five hospitals were unvaccinated,

“Have a little grace and consideration in how devastating things are right now,” she said.