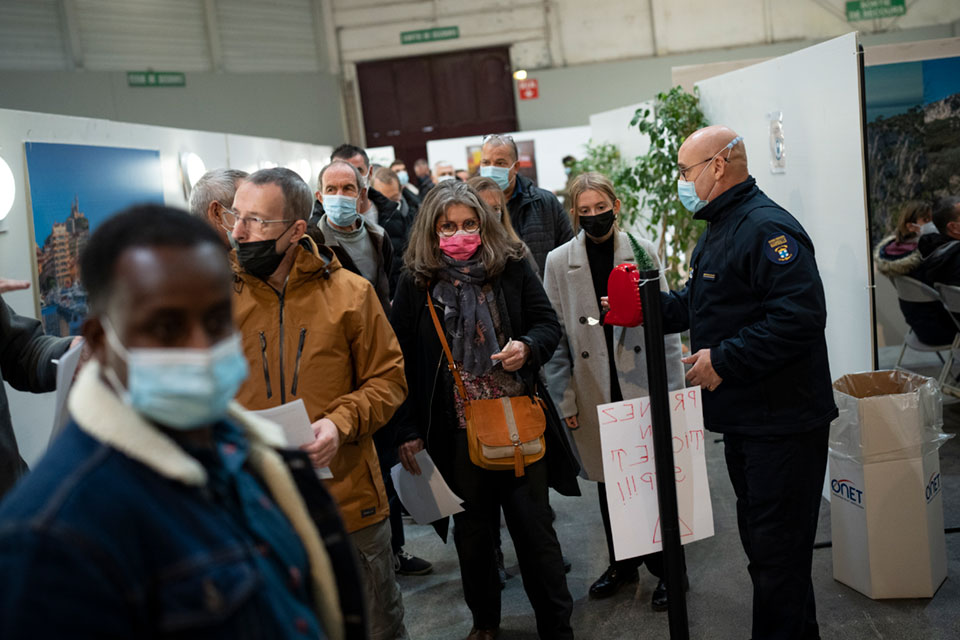 BRUSSELS (AP) — The omicron variant kept the world off balance Wednesday as infections from the mutant coronavirus cropped up in more corners of the globe, with one official lamenting that the wait for more scientific information on its dangers feels like “an eternity.”

At the same time the omicron is spreading new fear and uncertainty, the dominant delta variant is still creating havoc, especially in Europe, where many countries are dealing with a surge in infections and hospitalizations and some are considering making vaccinations mandatory.

Much is still unknown about the highly mutated omicron variant, including how contagious it is and whether it can evade vaccines. But governments have rushed to impose travel bans and other restrictions in hopes of containing it. 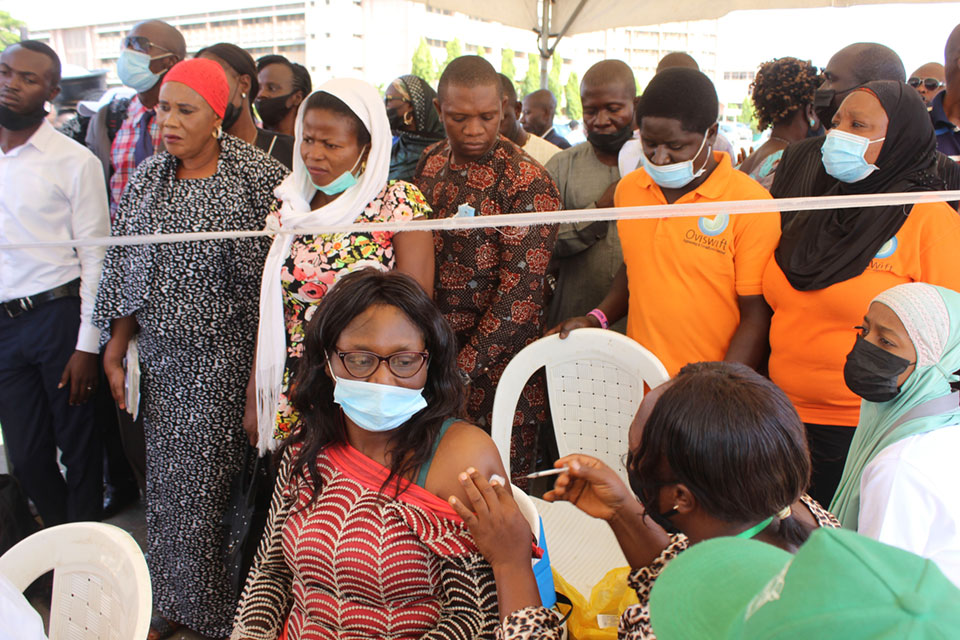 A Nigeria civil servant receives a dose of the AstraZeneca coronavirus vaccine, before she is allow access to her office in Abuja, Nigeria , Wednesday, Dec. 1, 2021. Nigeria has detected its first case of the omicron coronavirus variant in a sample it collected in October, weeks before South Africa alerted the world about the variant last week, the country's national public health institute said Wednesday. (AP Photo/Gbemiga Olamikan)

At least 23 countries, including much of Western Europe but not the U.S., have recorded cases of it, and the number is expected to rise, according to the World Health Organization. Nigeria and Saudi Arabia reported omicron infections Wednesday, marking the first known cases in West Africa and the Persian Gulf region.

Showing an increasingly complicated web of contagion, Japan reported an omicron case in a man who had come from Peru via Qatar.

European Union Commission President Ursula von der Leyen said it will take two to three weeks before it becomes fully clear what omicron can do to the world.

“This is, in normal times, a short period. In pandemic times, it’s an eternity,” she said.

Travel bans may do more harm than good

South African researchers alerted the WHO to omicron last week. It is not known where or when the variant first emerged, though it is clear it was circulating in Europe several days before that alert.

Nigeria initially stretched that timeline back even further, saying it found the variant in samples collected in October, but it later corrected that to say the cases were detected in travelers who arrived in the past week.

Many countries have barred travelers from southern Africa, and some have gone further. Japan has banned foreign visitors and asked international airlines to stop taking new reservations for all flights arriving in the country until the end of December. 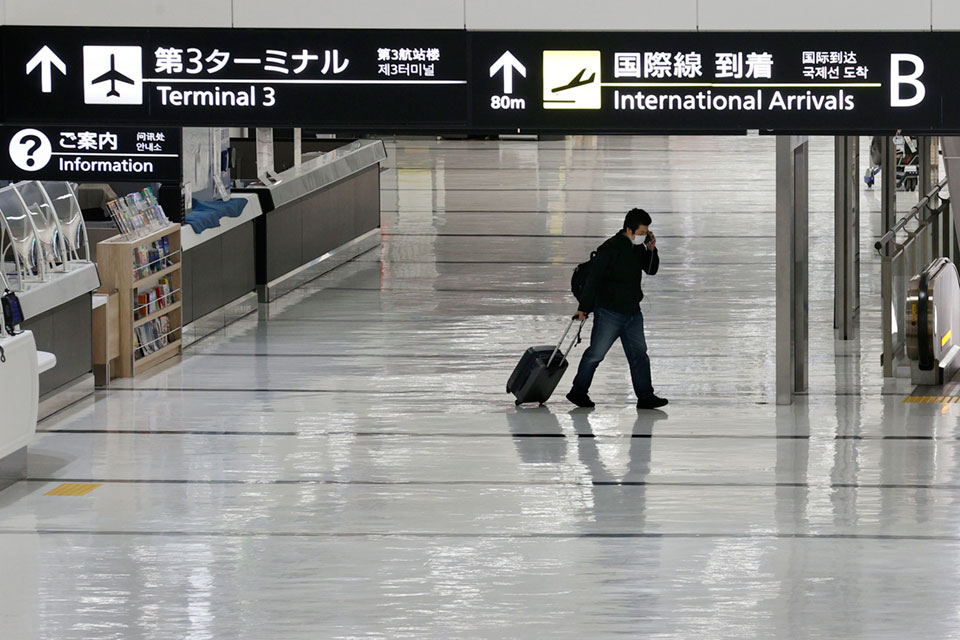 On Wednesday, the WHO warned that blanket travel bans are complicating the sharing of lab samples from South Africa that could help scientists understand the new variant.

The U.S. is working toward requiring that all air travelers to the country be tested for COVID-19 within a day before boarding their flights, up from the current three days.

World leaders continued to emphasize that the best way to contain the pandemic remains vaccinations.

For the first time, von der Leyen said EU nations should consider making vaccinations mandatory, as several have done for certain sectors, or as Austria has done overall. Altogether, 67% of the EU's population is vaccinated, but that relatively high rate hasn't stopped several countries from seeing surges.

“The data is irrefutable: Nine out of 10 Greeks who lose their lives are over the age of 60 and more than eight out of 10 of the people (who die) are unvaccinated,” Greek Prime Minister Kyriakos Mitsotakis told parliament.

Slovakia is considering giving that age group 500 euros ($565) if they step forward for the shot. German Chancellor-designate Olaf Scholz, meanwhile, said he will back a proposal to mandate vaccinations for everybody.

“The G20 countries have spent $10 trillion supporting people and their economies since the beginning of the pandemic. It would only take $50 billion to ensure vaccination worldwide,” Boone said. "I’m just saying."

In the 27-nation EU, intensive care doctors are livid that politicians have not taken tougher action on masks or ordered closings of restaurants, bars and other sites to keep their units from becoming overrun with patients again.

Germany and Austria are among the nations seeing surges. 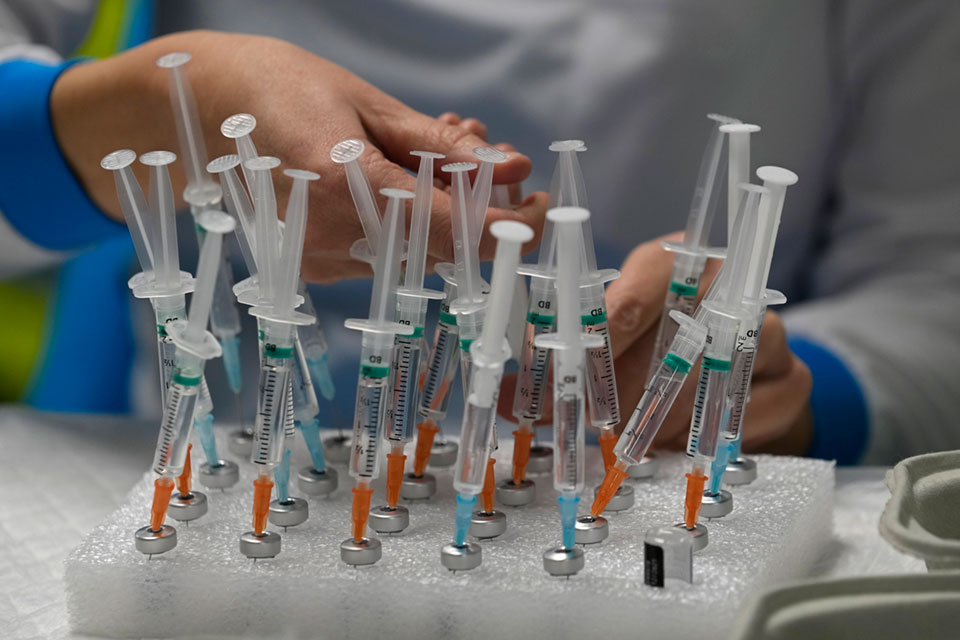 A nurse prepares vaccines in the Wizink Center, currently used for COVID-19 vaccinations in Madrid, Spain, Wednesday, Dec. 1, 2021. Health authorities in the Spanish capital have confirmed a second case of the omicron coronavirus variant in a 61-year-old woman who had returned from a trip to South Africa on Monday. (AP Photo/Paul White)

South Korea, which is also seeing a delta-driven surge that has pushed hospitalizations and deaths to record levels, also extended a lockdown.

This story has been updated to correct that Nigeria now says it found the omicron variant in samples from November, not October.