Supreme Court Could Redefine When a Fetus Becomes a Person, Upholding Abortion Limits While Preserving the Privacy Right Under Roe v. Wade 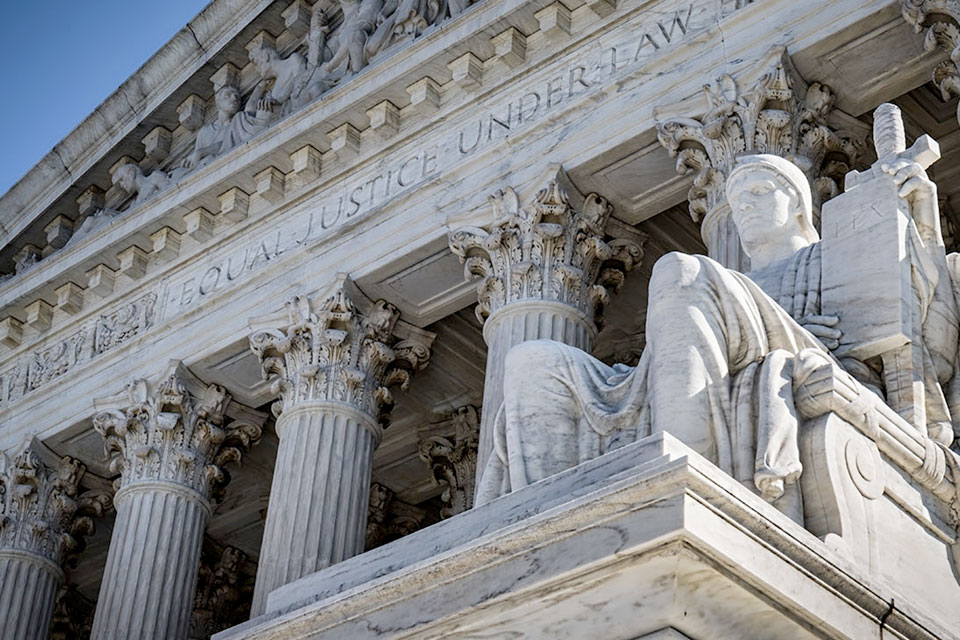 Since the Supreme Court recognized a constitutional right to abortion almost 50 years ago, a powerful legal movement has sought to overturn the ruling, while abortion rights advocates have fought to protect it.

On Dec. 1, 2021, the court will hear a case many believe will force the conservative justices — who now command a majority of the court — to decide if they will strike down Roe v. Wade or uphold the long-standing precedent.

There is a third path the justices could take. The court may focus its ruling on a more neglected aspect of the ruling in Roe — the court’s understanding of the facts of fetal personhood.

Roe not a monolith

There are two separate rulings in Roe:

1) The Constitution protects a right to privacy, which encompasses the abortion decision.

2) A fetus is not a person in the early stages of pregnancy. Personhood emerges around the time of viability at approximately 6 months, which justifies a compelling state interest at that point.

This is why individual states are forbidden under current rulings from outlawing abortions in the first or second trimester of pregnancy, but can make the procedure illegal during the third trimester after the viability of the fetus.

The upcoming debate at the Supreme Court is less about the existence of the abortion right and more about the second ruling in Roe v. Wade in 1973 — that the right is limited by the emerging personhood of a fetus.

The State of Mississippi has redefined the emergence of personhood to be at 15 weeks, not 24, and outlawed abortions prior to this point.

Everything hinges on the judgment of personhood. 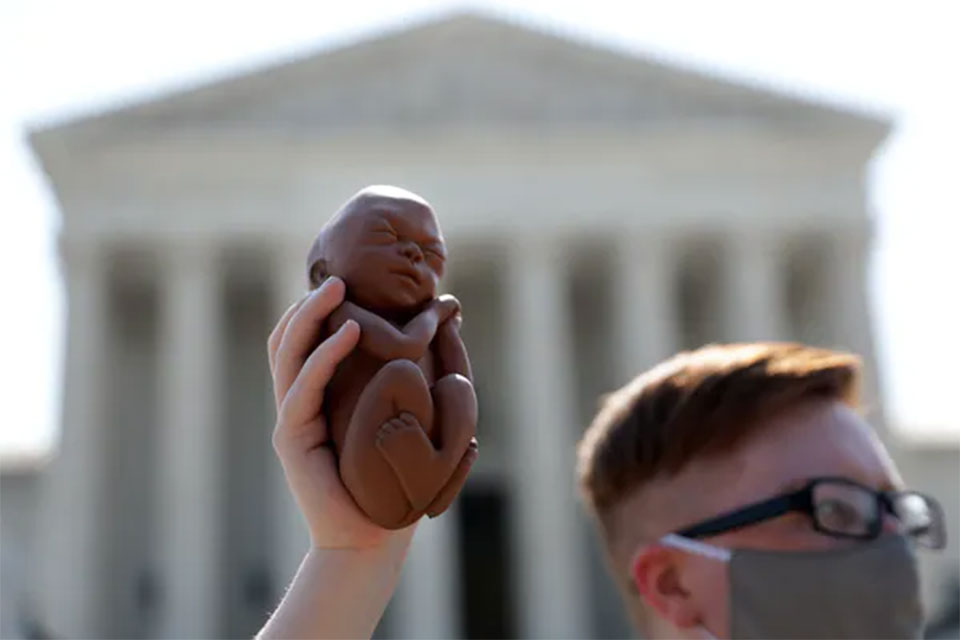 An anti-abortion activist holds up a model of a fetus during a protest in front of the U.S. Supreme Court on June 22, 2020. Photo by Alex Wong/Getty Images

When the Supreme Court considers how constitutional rights apply to the facts of our society, they are often forced to rule on what those broad prevailing facts are. The justices could cite experts, employ their own perceptions or a third option: allow diverse democratic decisions through state legislatures, what could be called the federalism of facts.

In Roe, the core factual question was whether a fetus is a person—a human who holds rights and hence cannot be killed lawfully by another person.

The court, ruling in 1973, recognized the problem that, “When those trained in the respective disciplines of medicine, philosophy, and theology are unable to arrive at any consensus, the judiciary, at this point in the development of man’s knowledge, is not in a position to speculate as to the answer.”

But the justices were nonetheless compelled to do so. The court ruled that “the unborn have never been recognized in the law as persons in the whole sense.” Therefore, “the word ‘person,’ as used in the 14th Amendment, does not include the unborn.”

However, the court saw the personhood of a fetus as developing during the course of a pregnancy. Therefore, “it is reasonable and appropriate for a State to decide that at some point in time another interest, that of health of the mother or that of potential human life, becomes significantly involved.”

The court concluded that “with respect to the State’s important and legitimate interest in potential life, the ‘compelling’ point is at viability.”

This means that in the early stages of pregnancy, abortion cannot be outlawed, but “if the State is interested in protecting fetal life after viability, it may go so far as to proscribe abortion during that period, except when it is necessary to preserve the life or health of the mother.” 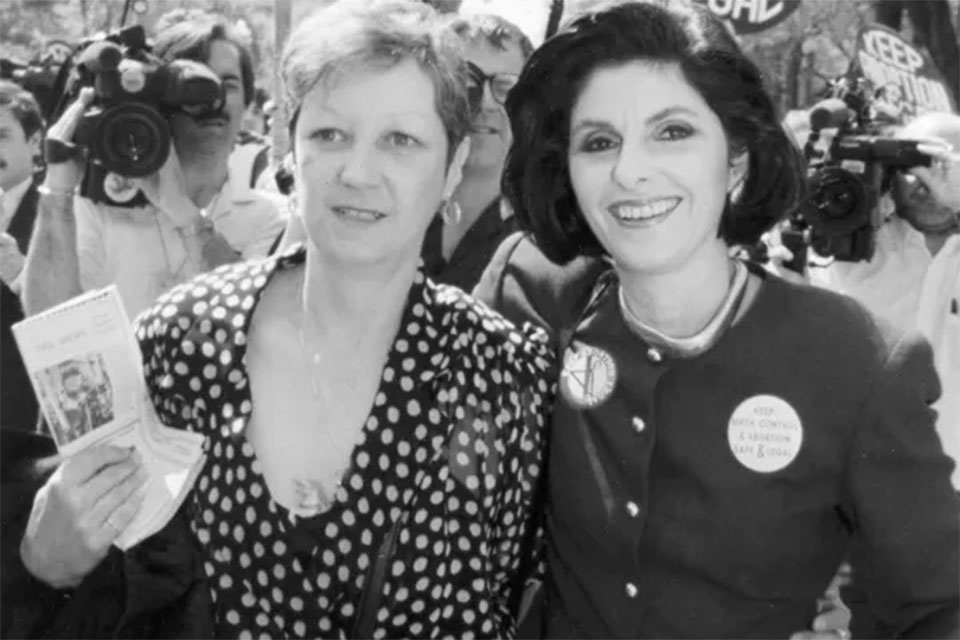 Norma McCorvey, left, who was Jane Roe in the 1973 Roe vs. Wade Supreme Court case, with her attorney, Gloria Allred, outside the Supreme Court in April 1989, where they observed arguments in a case that could have overturned Roe vs. Wade – but didn’t. AP Photo/J. Scott Applewhite

There is a long-standing myth that the author of Roe – Justice Harry Blackmun, who had served for many years as chief counsel for the Mayo Clinic – had done copious medical research and come to the conclusion of viability as the emergence of personhood.

Linda Greenhouse, a longtime Supreme Court reporter for The New York Times, wrote the definitive biography of Blackmun, which clearly demonstrates that this was not the case. Blackmun preferred the point of quickening – when the fetus first begins to move, at around the end of the first trimester – as the emergence of personhood.

In a memo to the justices in November 1972, he wrote that the end of the first trimester “is arbitrary, but perhaps any other selected point, such as quickening or viability, is equally arbitrary.”

He later wrote, “I could go along with viability if it could command a court,” but would “like to leave the states free to draw their own medical conclusions with respect to the period after three months and until viability.” In Greenhouse’s telling, it was Justices William Brennan and Thurgood Marshall who urged viability as the court’s standard, to which Blackmun eventually agreed.

As a close observer of the court, I believe the justices have three options rather than two:

I believe this last approach may be the likely result for several reasons. The Roberts Court tends to move incrementally rather than in bold strokes. The ruling on social fact alone upholds the Mississippi law but does not strike down the core right recognized in Roe. Finally, this approach allows the justices to reinforce a constitutional principle favored by conservatives – federalism, which is the freedom of states to exercise their own judgment on questions the Constitution does not assign to the national government.

The court will decide whether the justices will affirm a national standard for this disputed social fact, or whether individual states may decide their own definition, allowing diversity in the boundaries of personhood, and the regulation of abortion, throughout the country.