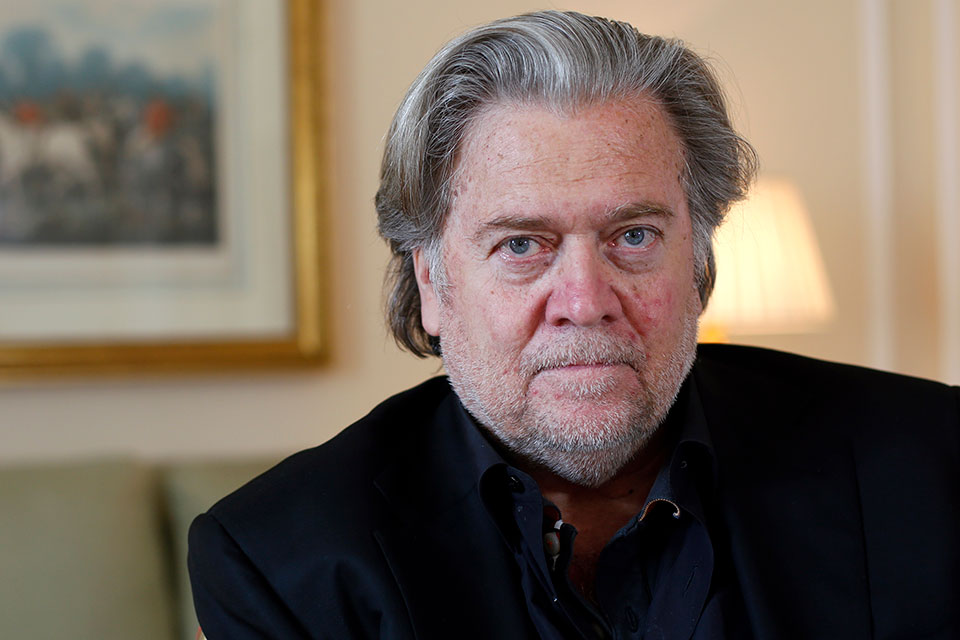 WASHINGTON (AP) — Steve Bannon, a longtime ally of former President Donald Trump, has been indicted on two counts of criminal contempt of Congress after he defied a subpoena from the House committee investigating the Jan. 6 insurrection at the U.S. Capitol.

On Friday, the Justice Department said Bannon, 67, was indicted on one count for refusing to appear for a deposition last month and the other for refusing to provide documents in response to the committee’s subpoena. He is expected to surrender to authorities on Monday and will appear in court that afternoon, a law enforcement official told the AP. The person was granted anonymity to discuss the case.

The indictment comes after a parade of Trump administration officials — including Bannon — have defied requests and demands from Congress over the past five years with little consequence, including during Democrats' impeachment inquiry. President Barack Obama's administration also declined to charge two of its officials who defied congressional demands.

Attorney General Merrick Garland said Bannon’s indictment reflects the Justice Department’s “steadfast commitment” to the rule of law. Each count carries a minimum of 30 days of jail and as long as a year behind bars.

The indictment came as a second expected witness, former White House Chief of Staff Mark Meadows, defied his own subpoena from the committee on Friday and as Trump has escalated his legal battles to withhold documents and testimony about the insurrection. 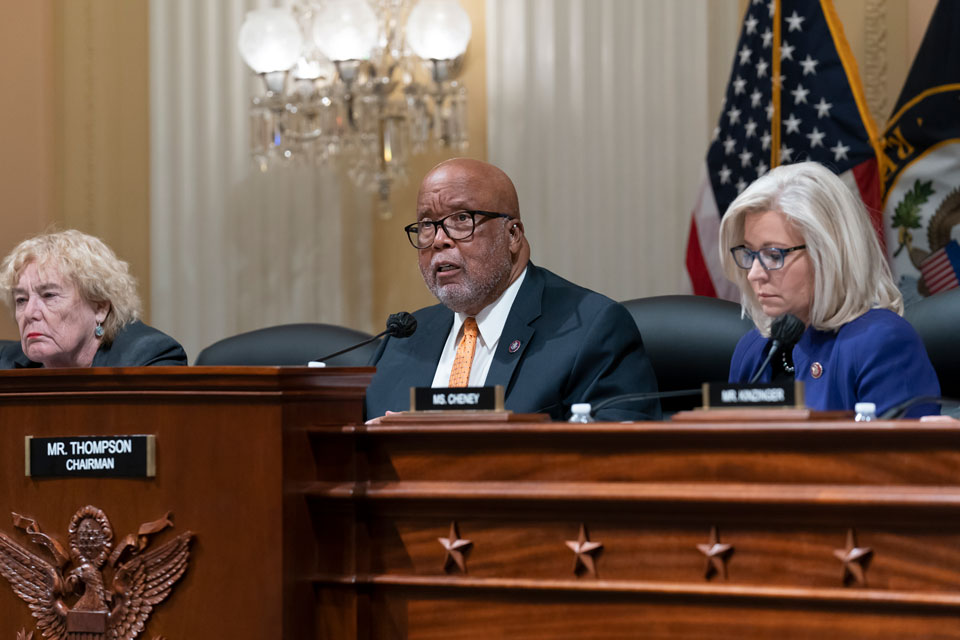 Officials in both Democratic and Republican administrations have been held in contempt by Congress, but criminal indictments for contempt are exceedingly rare. The most recent notable examples of criminal penalties for not testifying before Congress date to the 1970s, including when President Richard Nixon’s aide G. Gordon Liddy was convicted of misdemeanor charges for refusing to answer questions about his role in the Watergate scandal.

Democrats who voted to hold Bannon in contempt praised the Justice Department's decision, saying the charges reinforce the authority of Congress to investigate the executive branch and signal potential consequences for those who refuse to cooperate.

“The days of defying subpoenas with impunity are over,” tweeted House Intelligence Committee Chairman Adam Schiff, who sits on the Jan. 6 panel and also led Trump's first impeachment inquiry.

“We will expose those responsible for Jan 6. No one is above the law.”

The chairman of the Jan. 6 panel, Democratic Rep. Bennie Thompson, told reporters at an event in his home state of Mississippi on Friday that he will recommend contempt charges against Meadows next week.

Thompson and the vice chairwoman of the panel, Republican Rep. Liz Cheney of Wyoming, said in a statement: “Mr. Meadows, Mr. Bannon, and others who go down this path won’t prevail in stopping the Select Committee’s effort getting answers for the American people about January 6th, making legislative recommendations to help protect our democracy, and helping ensure nothing like that day ever happens again."

Meadows and Bannon are key witnesses for the panel, as they both were in close touch with Trump around the time of the insurrection.

Meadows was Trump’s top aide at the end of his presidency and was one of several people who pressured state officials to try and overturn the results. Bannon promoted the Jan. 6 protests on his podcast and predicted there would be unrest. On Jan. 5, he predicted that “all hell is going to break loose.”

The indictment says Bannon didn’t communicate with the committee in any way from the time he received the subpoena on Sept. 24 until Oct. 7 when his lawyer sent a letter, seven hours after the documents were due.

Bannon, who worked at the White House at the beginning of the Trump administration and currently serves as host of the conspiracy-minded “War Room” podcast, is a private citizen who “refused to appear to give testimony as required by a subpoena,” the indictment says.

When Bannon declined to appear for his deposition in October, his attorney said the former Trump adviser had been directed by a lawyer for Trump citing executive privilege not to answer questions. The attorney did not respond to a message seeking comment on Friday.

This is not the first time the longtime Trump ally has faced legal peril. In August of last year, Bannon was pulled from a luxury yacht and arrested on allegations that he and three associates ripped off donors trying to fund a southern border wall. Trump later pardoned Bannon in the final hours of his presidency.

Meadows, a former congressman from North Carolina, defied his subpoena on Friday after weeks of discussions with the committee. His lawyer said that Meadows has a “sharp legal dispute” with the panel as Trump has claimed executive privilege over the former chief of staff's testimony, as he had with Bannon's.

The White House said in a letter Thursday that President Joe Biden would waive any privilege that would prevent Meadows from cooperating with the committee, prompting Meadows' lawyer to say he wouldn't comply.

“Legal disputes are appropriately resolved by courts,” said the lawyer, George Terwilliger. “It would be irresponsible for Mr. Meadows to prematurely resolve that dispute by voluntarily waiving privileges that are at the heart of those legal issues.”

As the sitting president, Biden has so far waived most of Trump's assertions of privilege over documents and interviews, citing the interest of the public in knowing what happened on Jan. 6. Trump sued the committee and the National Archives to stop the release of documents, and U.S. District Judge Tanya Chutkan has repeatedly backed Biden's position, noting in one ruling this week that “Presidents are not kings, and Plaintiff is not President.”

The panel's proceedings and attempts to gather information have been delayed as Trump has appealed Chutkan's rulings. On Thursday, a federal appeals court temporarily blocked the release of some of the White House records the panel is seeking, giving that court time to consider Trump's arguments.

Still, the House panel is continuing its work, and members have already interviewed more than 150 witnesses in an attempt to build a comprehensive record of how a violent mob of Trump's supporters broke into the Capitol and temporarily halted the certification of Biden's victory.

The committee has subpoenaed almost three dozen people, including former White House staffers, Trump allies who strategized about how to overturn his defeat and people who organized a giant rally near the White House on the morning of Jan. 6. While some, like Meadows and Bannon, have balked, others have spoken to the panel and provided documents.