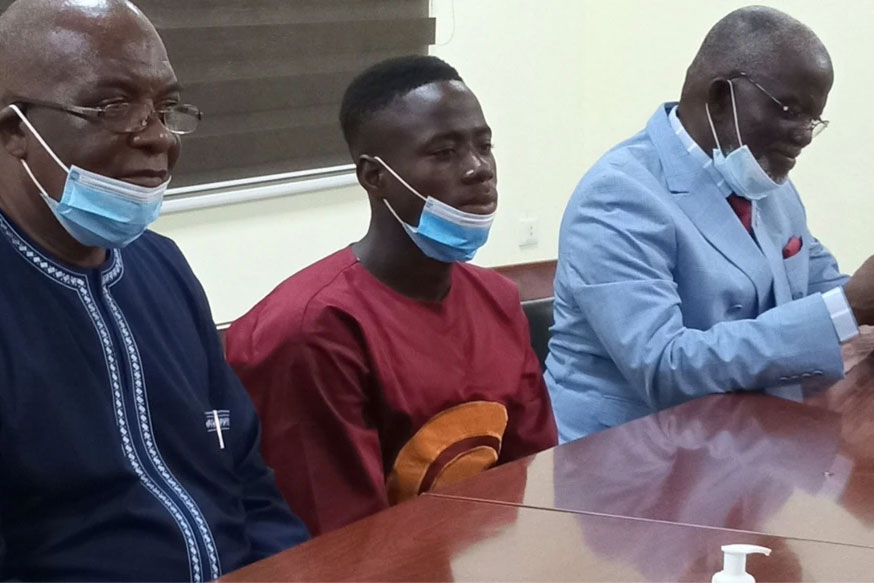 A Liberian teen has received a full scholarship to attend an HBCU after returning a lost $50,000, Travel Noire reports.

In the seventh grade, Emmanuel Tuloe had to drop out of school to help run his family’s motorcycle taxi business in Monrovia, Liberia. Since then, he’s always wanted to return to school but couldn’t because of his family’s financial situation and the duty he felt to help.

Recently, while driving the taxi, the 18-year-old found $50,000 US dollars on the side of the road, deciding to bring it home until the rightful owner could claim it.

“I was afraid because it was plenty [of money], and so I brought it home and gave it to my aunty to keep until the owner could ask for it,” Tuloe recalled.

Soon after, he heard a radio broadcast where a local was crying about losing that exact amount of money. Tuloe subsequently contacted the radio station, located the owner, and returned the money. While many praised his efforts, some of his fellow Liberians have been hard on him, saying he should’ve kept the money for himself to help his own family.

“Since my decision, when I have a breakdown on the highway, and some of my rider friends see me, they don’t help. They say I acted stupid to find and return money,” said Tuloe.

Now, his good deeds won’t be in vain. After North Carolina HBCU Livingstone College heard of Tuloe’s good samaritan efforts, they reached out to him to offer a scholarship opportunity. The HBCU currently funds two Liberian students’ tuition every four years. University president Jimmy Jinkens caught wind of Tuloe’s story through The Liberian Organization, which hosts the students’ collegiate careers. That’s when Jinkens decided to offer Tuloe a full ride.

Tuloe, eager to return to school, has taken them up on the offer and will soon visit and attend the HBCU. He also received $1,500 from the original owner of the money for returning it and an order of Distinction from Liberian President George Weah, another $10,000 US dollars reward, and two motorbikes.

Tuloe says he hopes his story can be an example to others always to do the right thing. He hopes that Jinkens will encourage other Liberian youth to go to school instead of getting into the motorcycle taxi business.