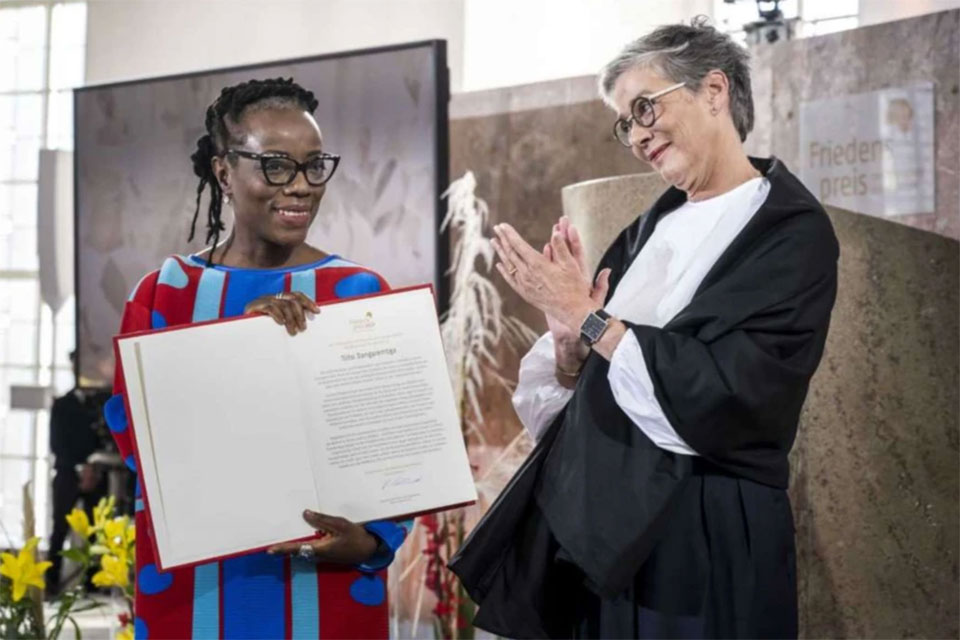 Zimbabwean author and filmmaker Tsitsi Dangarembga made history as the first Black woman to receive the German Peace Prize, Open Country Mag reports. Dangarembga is the author of several novels, including Nervous Conditions (1988), The Book of Not (2006), and the third installation in her Zimbabwe Trilogy, This Mournable Body (2018). She also has more than 15 films under her belt and serves as director of the Institute of Creative Arts for Progress in Africa (ICAPA).

She received the 2021 Peace Prize from the German Book Trade Association last Sunday, making history as the first Black woman to win the award since its founding in 1950. The organization comprises publishers and book shops in Germany and awards each recipient a prize of €25,000.

The judges awarded Dangarembga the illustrious award for her activism and commitment to freedom rights and political changes in Zimbabwe, noting her unique voice in the literary and film landscape.

“[She] combines a unique narrative with a universal view in her artistic work and is therefore not only one of the most important artists in her country, but also a widely audible voice of Africa in contemporary literature,” the Association said via statement.

In a speech, Kenyan British sociologist, Auma Obama, praised Dangarembga, saying, “You are not ordinary; an ordinary life was not an option for you. You are one of the most successful and important voices on the African continent and, through the award, will hopefully soon be worldwide.”

This isn’t the first award the 62-year-old has received this year. Dangarembga has also won the PEN Award for Freedom of Expression and the PEN Pinter Prize. In her award speech for the Peace Prize, she spoke about Zimbabwe's colonial past continued state violence white colonialists inflicted on its Black inhabitants in the 19th and 20th centuries that continued when Zimbabwe became independent in 1980. She challenged everyone to transform the way they think to change the content they put out in the world. She pressed them to abolish imperialistic ways of being that inflict violence and create systems of instability in society, Publishing Perspectives reports.

“What we can look to is to change our thought patterns word by word, consciously and consistently over time, and to persevere until results are seen in the way we do things and in the outcomes of our actions. Our choices of thought content and process are ultimately a choice between violence-producing and peace-producing contents and narratives," Dangarembga. "Indeed, that someone such as myself - who in not-so-distant ages past was, on the basis of several demographics, categorized as not thinning at worst; at best, not thinking in any way that is valuable, and therefore not existing in any way that is valuable - is awarded this prize today is testimony to the capacity we have as human beings for transformation."

Congratulations, Tsitsi! Because of you, we can!