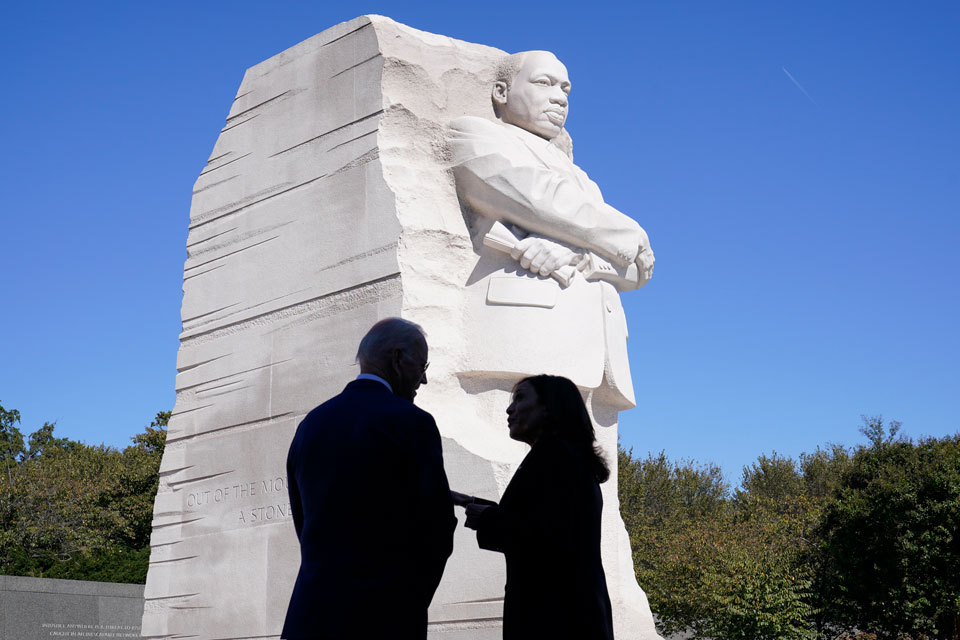 WASHINGTON (AP) — President Joe Biden on Thursday tied his legislative priorities on voting rights, police reform and climate change to Martin Luther King Jr.’s push for racial justice as he marked the 10th anniversary of the opening of the civil rights leader’s memorial on the National Mall.

Biden, introduced by Vice President Kamala Harris, sought to reassure his supporters that he wouldn't let up the fight as he works to muscle his massive social spending bill through a divided Congress. Invoking King, Biden said the country was still working to live up to its ideals as a nation and had reached an inflection point on issues including fighting voting restrictions.

“I know that progress does not come fast enough,” Biden said. “It never has.” 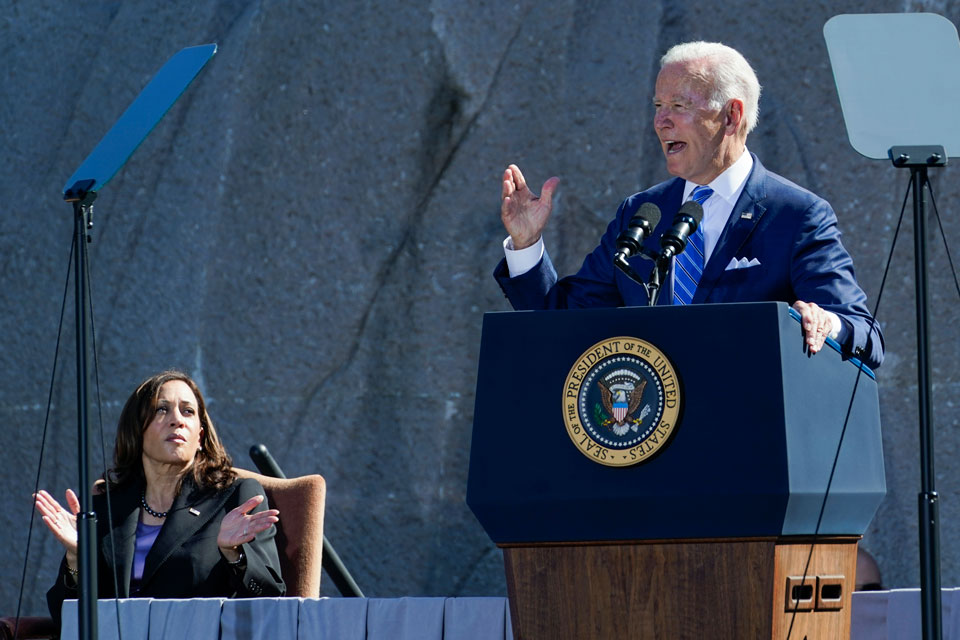 Vice President Kamala Harris applauds as President Joe Biden speaks during an event marking the 10th anniversary of the dedication of the Martin Luther King, Jr. Memorial in Washington, Thursday, Oct. 21, 2021. (AP Photo/Susan Walsh)Biden spoke at the memorial a day after Senate Republicans blocked debate on Democrats’ elections legislation that they tout as a powerful counterweight to new voting restrictions passing in conservative-controlled states. Biden has promised to push for the legislation, but supporters are growing impatient that he has not embraced changing Senate rules to end the filibuster to break through the logjam.

Speaking during a CNN town hall Thursday night, Biden said those calling for a change to the filibuster “make a very good point” and predicted potentially eliminating the filibuster to pass voting rights legislation “and maybe more.”

“We’re gonna have to move to the point where we fundamentally alter the filibuster,” he said.

He also said during the town hall that his “greatest regret” was that his work on the COVID-19 relief bill and his infrastructure and social safety net spending packages has “prevented me from getting deep up to my ears” in dealing with police reform and voting rights, which he said he would focus on when he's done with his spending bills.

Highlighting his agenda of social spending, which remains the subject of heated intraparty negotiations, Biden said during his remarks at the memorial that the bill would cut prescription drug costs, reduce poverty and fight housing discrimination.

Biden is hoping to rally Democrats around an agreement on that legislation before he departs for an international climate summit next week.

The memorial was dedicated in the fall of 2011 and is the first honor for an African American on the National Mall. Located on Independence Avenue along the Tidal Basin, the memorial features a huge likeness of King carved out of stone and a separate wall etched with some of his most notable quotes.

Recalling the struggles of King's time, Biden said in his speech that white nationalism still poses a threat to the nation and that, in his view, it inspired the Jan. 6 insurrection at the Capitol. Biden said people of his generation always thought that hate would go away.

“But it doesn’t," he said. "It only hides until some seemingly legitimate person breathes some oxygen under the rocks where they’re hiding and gives it some breath.”

In a reference to former President Donald Trump, Biden said, “We had a president who appealed to the prejudice.” He added, “We cannot and must not give hate any safe harbor.” 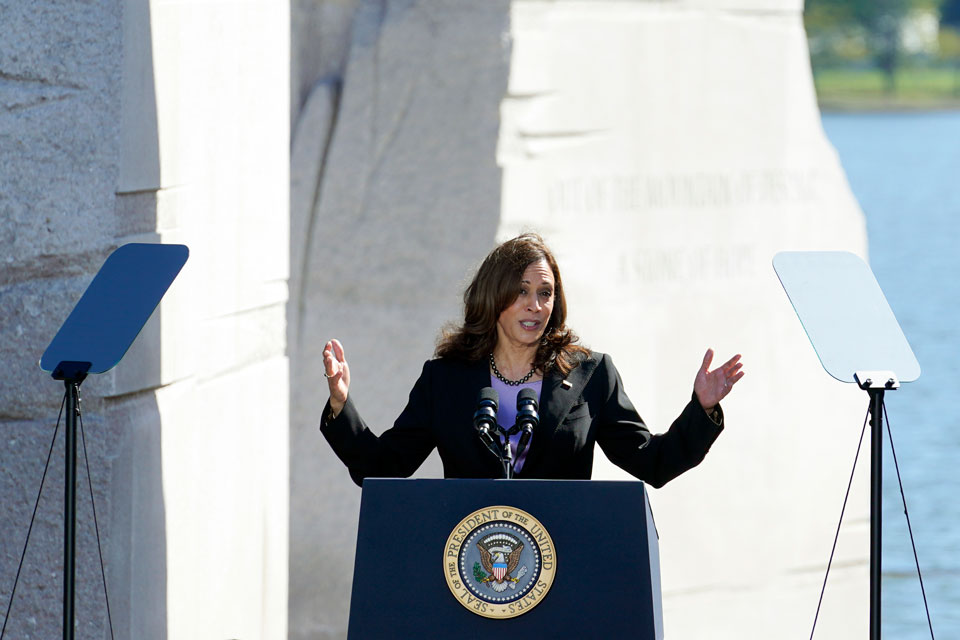 Vice President Kamala Harris speaks during an event marking the 10th anniversary of the dedication of the Martin Luther King, Jr. Memorial in Washington, Thursday, Oct. 21, 2021. (AP Photo/Susan Walsh)Harris, for her part, praised King as a “prophet” and said the monument “is dedicated to a man who lived among us.”

“This monument, whatever your age, is dedicated to a man whose voice we still hear, whose words still echo not only across this city, but throughout our country and our world,” she added.