In Dry California, Some Buy Units That Make Water From Air 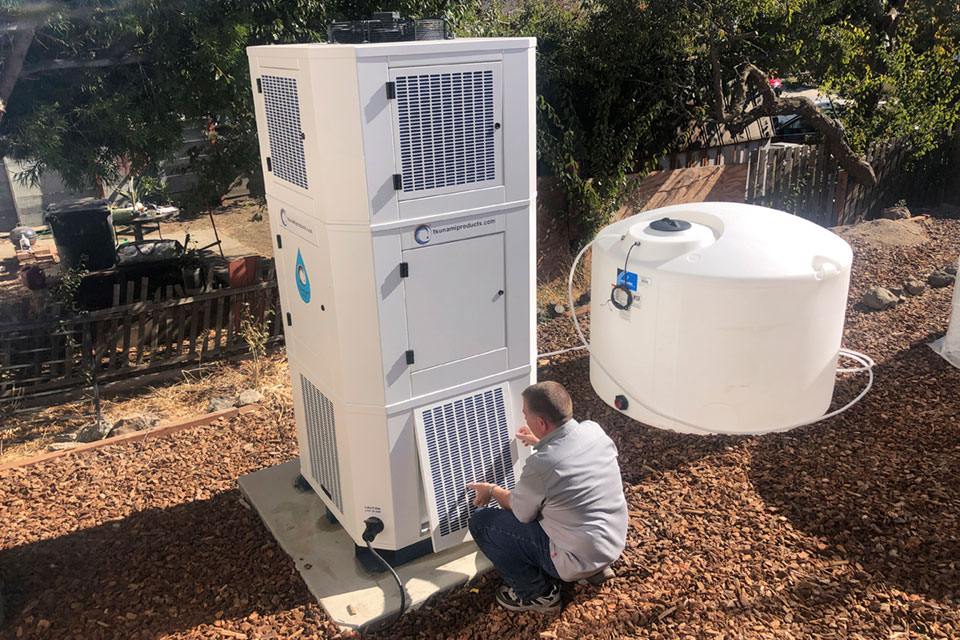 BENICIA, Calif. (AP) — The machine Ted Bowman helped design can make water out of the air, and in parched California, some homeowners are already buying the pricey devices.

The air-to-water systems work like air conditioners by using coils to chill air, then collect water drops in a basin.

How the system works

The system is one of several developed in recent years to extract water from humidity. Other inventions include mesh nets, solar panels and shipping containers that harvest the moisture from the air.

Bowman said his company's machines — made for use at homes, offices, ranches and elsewhere — dehumidify the air and in doing so create water that's filtered to make it drinkable.

The technology works especially well in foggy areas and depending on the size can produce between 200 and 1,900 gallons (900 and 8,600 liters) of water a day. The machines also operate efficiently in any area with high humidity, including California’s coastline, he said.

But they're not cheap, with prices ranging from $30,000 to $200,000. Still, in California, where residents have been asked to conserve water because one of the worst droughts in recent history has depleted reservoirs, some homeowners are buying them to meet their water needs.

Don Johnson, of the San Francisco Bay Area city of Benicia, said he bought the smallest machine, which looks like a towering AC unit, hoping it would generate sufficient water to sustain his garden. But he found it puts out more than enough for his garden and his household. 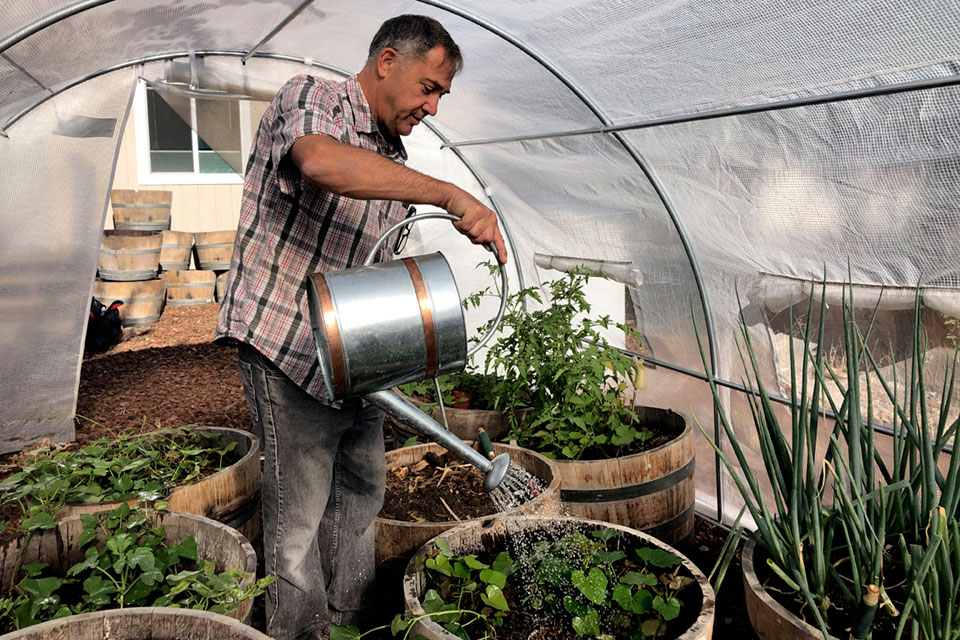 Don Johnson waters plants in his greenhouse using water from his air-to-water system installed by Ted Bowman, a design engineer with Tsunami Products, in his backyard in Benicia, Calif., on Sept. 28, 2021. The recent invention can make water out of the air and in parched California, some homeowners are already buying the pricey devices. The air-to-water systems work like air conditioners by using coils to chill air, then collect water drops in a basin. (AP Photo/Haven Daily)

“This machine will produce water for a lot less than you can buy bottled water at Costco for, and I believe, as time goes on and the price of freshwater through our utilities goes up, I think it’s going to more than pay for itself," he said.

Besides the high price tag, the unit also requires a significant amount of energy to run. But Johnson said the solar panels on his roof produce enough power to operate the machine without additional energy costs.

Experts like University of California, Davis hydrology researcher Helen Dahlke said the technology makes sense for individual homeowners, especially in rural areas. But she said it is not a practical solution for California's broader water woes.

Dahlke said the focus should be on fighting global warming to prevent future droughts.

“We really actually need to curb climate warming to really make a difference again," she said.