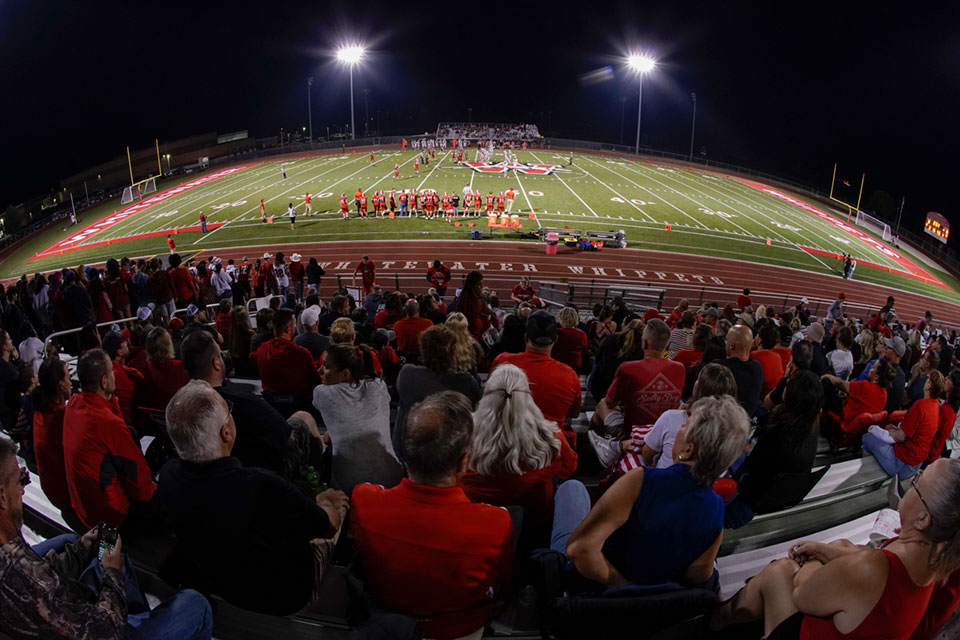 IOWA CITY, Iowa (AP) — One Wisconsin school district built a new football field. In Iowa, a high school weight room is getting a renovation. Another in Kentucky is replacing two outdoor tracks — all funded by the billions of dollars in federal pandemic relief Congress sent to schools this year.

The money was part of a $123 billion infusion intended to help schools reopen and recover from the pandemic. But with few limits on how it can be spent, The Associated Press found that some districts have used large portions for athletics projects they couldn’t previously afford.

Critics say it violates the intent of the legislation, which was meant to help students catch up on learning after months of remote schooling. But schools argue the projects support students’ physical and mental health, one of the objectives allowed by the federal government.

Rep. Bobby Scott, the top Democrat on the U.S. House education committee, said the money shouldn't be used to fund athletics at the expense of academics.

“The purpose is clear: It’s to open safely, stay open safely and deal with learning loss,"

Scott said. “These are targeted resources needed to address the fact that a lot of children just didn’t achieve much for about a year.”

In some parts of the country, exercise companies say they’re seeing surging demand from schools eager to spend their pandemic relief. Some companies are contacting coaches and superintendents to suggest upgrades.

It’s impossible to know exactly how many schools are using the federal money on athletics. Districts are required to tell states how they're spending the money, but some are using local funding for sports projects and then replacing it with the federal relief — a maneuver that skirts reporting requirements.

The funding was part of the American Rescue Plan signed in March by President Joe Biden that sent money to schools, giving larger shares to those with higher poverty.

Schools have wide flexibility in how they use the money but only three years to spend it, a deadline that has led some to look for quick purchases that won't need funding after the federal money is gone.

When school officials in Whitewater, Wisconsin, learned they would be getting $2 million in pandemic relief this year, they decided to use most of it to cover their current budget, freeing up $1.6 million in local funding that’s being used to build new synthetic turf fields for football, baseball and softball.

Athletics officials in the district of 1,800 students said the project was needed to replace fields that are prone to heavy flooding.

Two school board members objected, with one raising concerns that just $400,000 was being used to address student learning loss — the minimum to meet a federal requirement to use at least 20% for that purpose.

The board approved the plan, and the new football field had its grand opening in September. The district’s superintendent, Caroline Pate-Hefty, declined to comment. 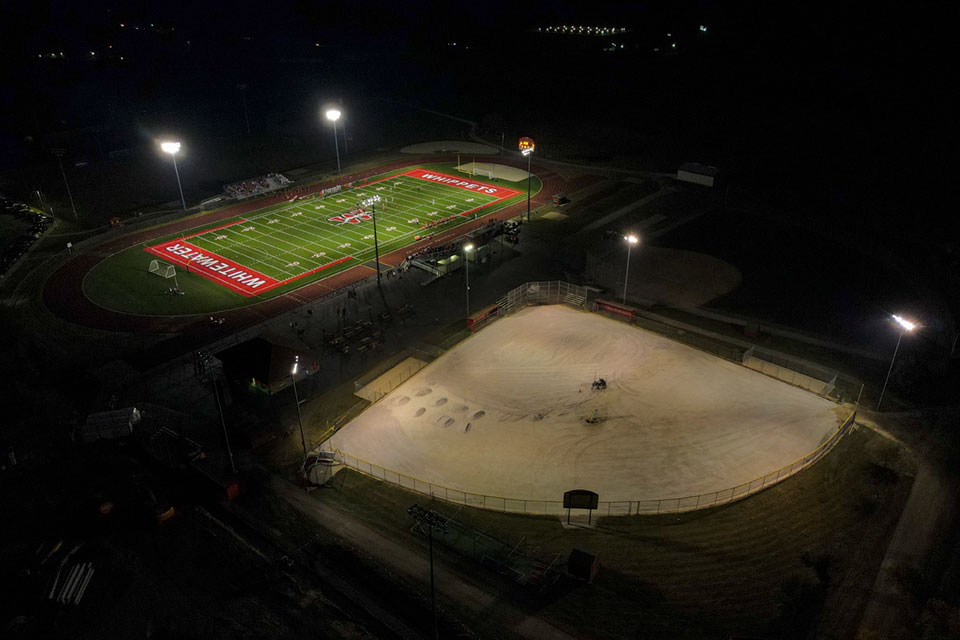 A football field, top, and baseball field under construction are lit up at Whitewater High School Friday, Oct. 1, 2021, in Whitewater, Wis. A growing number of school districts in the U.S. are using federal pandemic funding on athletics projects. When school officials at Whitewater learned they would be getting $2 million in pandemic relief this year, they decided to set most of it aside to cover costs from their current budget, freeing up $1.6 million in local funding that’s being used to build new synthetic turf fields for football, baseball and softball. (AP Photo/Morry Gash)

In the Roland-Story Community School District in Iowa, there were no objections when the school board voted in May to use $100,000 in pandemic relief on a high school weight room renovation. That allowed the district to double its weightlifting platforms to 12 and add new flooring with customized school branding.

Superintendent Matt Patton called it a “major health and safety improvement," saying the new floors can be disinfected more easily. He said most of the district's federal aid went to other costs, including a full-time mental health therapist, new special education teachers and expanded summer learning options.

The school board in East Lyme, Connecticut, recently approved a plan to put some of its federal relief toward annual operating costs, freeing $175,000 to renovate a baseball field with poor drainage.

In September, the Pulaski County school board in Kentucky allocated $1 million in pandemic aid to resurface two outdoor tracks.

Among education advocates, the athletics spending is seen as a breakdown at all levels of government.

In a statement, the Education Department said it has made clear the funding must be used on “reasonable and necessary” expenses responding to the pandemic. It said there’s “ample evidence” of districts using the relief to keep schools safe, including by increasing access to vaccines, implementing virus testing and improving ventilation systems.

“We continue to strongly encourage every district to use these funds to help address these issues, including by using our Return to School Roadmap and by providing guidance on how to use these funds,” the department said.

So far, there's been little pushback on athletic spending. In August, education officials in Illinois rejected a school’s plan to use federal money on a football field. But other states say it isn't their place to challenge spending decisions.

Getting their piece of the pie 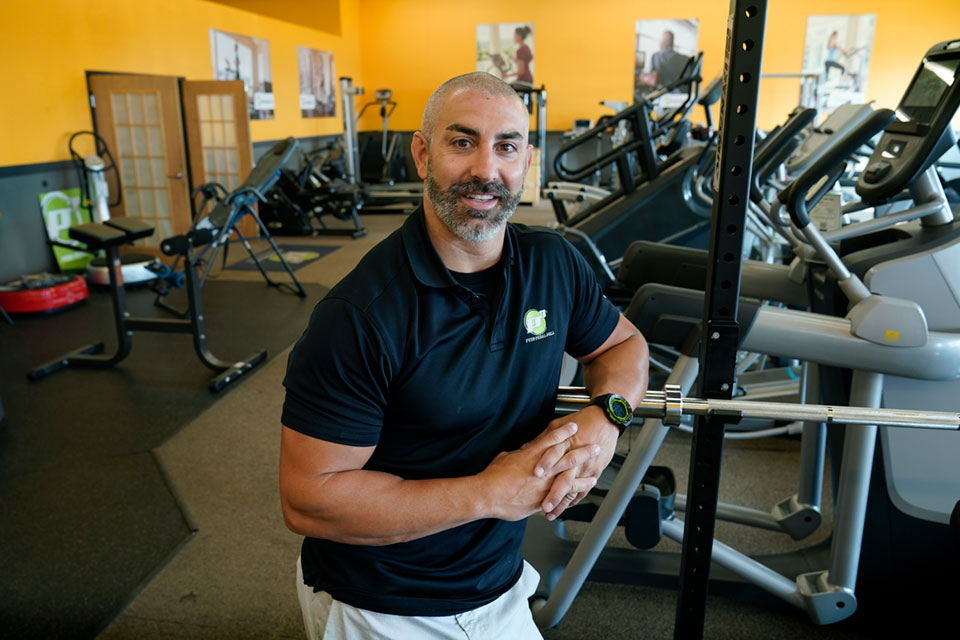 Push Pedal Pull sales representative Luke Reiland poses in a store showroom, Thursday, Sept. 30, 2021, in Ankeny, Iowa. A growing number of school districts in the U.S. are using federal pandemic funding on athletics projects. The high school weight room overhaul in Story City, Iowa, is being done by Push Pedal Pull, a South Dakota company that also is taking on similar projects in that state and in Nebraska. (AP Photo/Charlie Neibergall)

Luke Reiland, a company representative in Ames, Iowa, said he’s been calling schools to let them know the funding can be used for those kinds of costs.

“I think a lot of these small schools are trying to use this money to really upgrade a bunch of stuff, and I am just trying to get my piece of the pie,” he said.