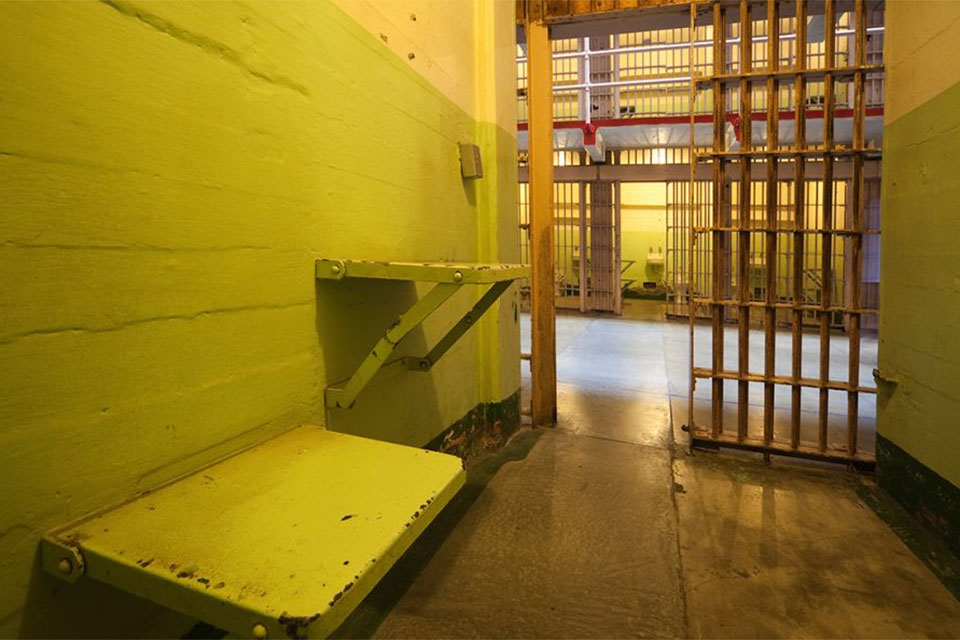 Many have identified New York City in the 1980s as the epicenter of the War on Drugs.

With the February 1988 assassination of NYPD Officer Edward Byrne in Queens, federal officials and law enforcement agencies around the country descended upon the Big Apple.

Meanwhile, Washington, D.C. earned the moniker the “nation’s murder capital” because it held the dubious distinction of the city with the highest homicide rate.

“This is the capital of the United States of America. We have to have standards here that are reflective of the country as a whole, that this is not some third-world country,” Republican Sen. Phil Gramm of Texas said during a hearing in 1989.

President George H.W. Bush soon followed Gramm’s dissertation by proclaiming a war on drugs – though that war dated to the early 1970s when President Richard Nixon made a similar declaration.

With all of that as the backdrop, Congress on Tuesday, September 28, prepares to vote on the Eliminating a Quantifiably Unjust Application of Law (EQUAL) Act, which would eliminate the disparity in authorized sentencing offenses involving crack versus powder cocaine.

The bipartisan EQUAL Act would eliminate the sentencing disparity between crack and powder cocaine. It also would allow those currently serving time for crack offenses to motion for reduced sentences.

Under current federal laws, individuals caught with 28 grams of crack receive the same sentence as someone caught with 500 grams of powder cocaine, despite the American Medical Association’s findings that there is no chemical difference between the two substances.

Starting with the 1980s version of the “War on Drugs,” those caught with small amounts of crack – primary people of color – received decades longer prison sentences than those with powder cocaine – overwhelmingly white individuals.

That despite federal surveys and other data show clear that this racial disparity bears scant relation to racial differences in drug offending.

“There are, for example, five times more white drug users than Black,”

“Relative to population, Black men are admitted to state prison on drug charges at a rate that is 13.4 times greater than that of white men. In large part because of the extraordinary racial disparities in incarceration for drug offenses, Black people are incarcerated for all offenses at 8.2 times the rate of whites,” officials at the nonprofit continued.

“One in every 20 black men over the age of 18 in the United States is in state or federal prison, compared to one in 180 white men.”

The eye-opening report concluded that:

“Shocking as such national statistics are, they mask even worse racial disparities in individual states. For example, in seven states, Black individuals constitute between 80 and 90 percent of all drug offenders sent to prison. In at least fifteen states, Black men are admitted to prison on drug charges at rates from 20 to 57 times greater than white men.

“These racial disparities in drug offenders admitted to prison skew the racial balance of state prison populations. In two states, one in every 13 Black men is in prison. In seven states, Black people are incarcerated at more than 13 times the rate of whites.”

The authors concluded that the imprisonment of African Americans for drug offenses is part of a more significant over-incarceration crisis in the United States.

“Although prison should be used as a last resort to protect society from violent or dangerous individuals, more people are sent to prison in the United States for nonviolent drug offenses than for crimes of violence,” the authors determined.

The EQUAL Act also removes conspiracy charges that have contributed to numerous years of sentencing for drug offenses, particularly when it involves African Americans.

Congressman Bobby Scott (D-Va.), the co-sponsor of the legislation, said in a recent interview that individualized review in sentencing allows judges to more effectively resolve issues like “the girlfriend problem,” in which a drug dealer’s girlfriend may have driven him to a deal or passed along a message but still received an exorbitant sentence based on the mandatory minimum law.

“(Retroactivity) could have a profound effect on people who have been given sentences, particularly on conspiracy,” Congressman Scott told VOX.

“Because on conspiracy, you’re addled with the whole weight of the operation, even if part of it was negligible,” Scott remarked.

Still, in an Op-Ed, officials at the American Bar Association cautioned that optimism over the progress on the EQUAL Act must be balanced against Congress’s continued willingness to place rhetoric over science when it comes to drugs.

“For example, the 117th Congress recently voted to renew a policy that will continue to subject more people to mandatory minimum sentences for offenses involving synthetic opioids,” editors at the nonprofit wrote.

“Even though such ‘war on drugs’ strategies have not historically reduced the flow of drugs into the country or overdose deaths, legislators continue to back a harsh opioid policy that has – and will continue to – produce similar racial disparities as did the original sentencing scheme for crack cocaine.

“Hopefully, after 35 years of enforcing a law that has failed to produce desired results, the time for passage of the remedial EQUAL Act has come.”