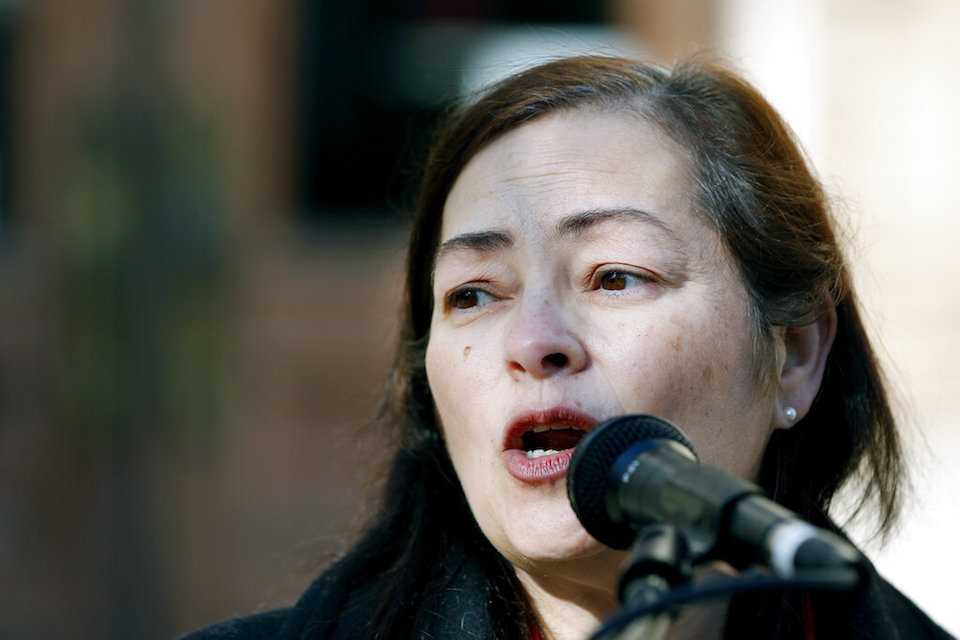 PHILADELPHIA (AP) — When Deborah Gonzalez took office in January as the district attorney for the Western Judicial District of Georgia, she noticed that too few defendants, especially Black defendants, qualified for a program that promised treatment for addiction or mental health and not jail.

Like many court diversion programs elsewhere, potential participants in the Athens-Clarke and Oconee counties programs were being disqualified for certain previous charges or police contact. People living in poverty also had a hard time qualifying because of weekly program fees.

“My philosophy is there is racial injustice and disparities of how people are treated in this system. And we have to be intentional in how we address it," Gonzalez said.

Through a grant from a national nonprofit criminal justice advocacy group, Vera Institute of Justice, and a local organization, People Living in Recovery, Gonzalez is redesigning the program to make it more accessible.

Many of the changes enacted by states following George Floyd’s death have centered on policing tactics and not on racial disparities in the criminal justice system.

On a national level, bipartisan congressional talks on overhauling policing practices have ended without an agreement, bargainers from both parties said this past week, despite promises from the Biden administration for change.

And now, groups such as Vera are targeting suburban communities to push through criminal justice changes without new laws.

Vera awarded 10 prosecutors about $550,000 to help reduce racial disparities in prosecution. The prosecutors in Georgia, Virginia, Michigan, Hawaii, Pennsylvania, Missouri, New York and Indiana — most of whom were elected in the past two years on progressive platforms — are looking at programs or policies in their offices that disproportionately affect defendants of color.

Some prosecutors are addressing prosecution of specific crimes or making diversion programs more inclusive. Others are looking at ways to keep juveniles out of the criminal justice system all together.

“There was a desire to do more in this moment, to address the system that continues to allow this to happen. So we started asking if there is something more we can do with this unique moment to reimagine what a just system looks like," said Jamila Hodge, the former director of the Reshaping Prosecution Program with Vera.

Keeping young people out of jail

In Gonzalez's district, for example, about 22% of the district’s overall population is Black. Of the more than 6,800 people charged during 2019 and 2020, the majority were Black. Fewer than 150 were referred to the pretrial program, and most came from a county that is only 5 % percent Black.

She hopes to double participation in her program by 2022, and will put in checks to monitor that the diversity is increasing.

Vera will provide support for 12 months. The hope is to reduce the disproportionately high number of Black and brown people prosecuted and incarcerated by 20% in the pilot areas. The grants require the prosecutors to partner with local community-based organizations.

In Washtenaw County, Michigan, home to Ann Arbor and just west of Detroit, prosecutor Eli Savit is working with a group called My Brothers Keeper to divert young people of color accused of nonviolent crimes into an intensive mentoring program. Savit, who took office in January, said he wants to focus on interventions that happen with kids who are acting out or committing minor crimes.

“What we’re trying to do is intervene early without the criminal justice system's involvement, without creating a record that can hold them back. It can have this cascading effect on their lives. Job applications ask if you've ever been charged, not whether you've been convicted," Savit said.

In Chatham County, Georgia, home to Savannah in the state's northeast corner, chief assistant district attorney Michael Edwards said an analysis of Black men and boys in criminal justice system found they made up disproportionate number of the people being charged with gun possession.

The office, in partnership with Savannah Feed the Hungry, developed a program called Show Us Your Guns that focuses on people between age 16 and 25 who are found to be in possession of a gun during an interaction with police.

As long as those young men didn't use those weapons in commission of a crime, they are eligible for the program instead of arrest or jail. It requires they turn in the gun in exchange for participation.

“We are doing this, knowing that firearms are a third-rail in conversations in the community. But we know this is a significant way we can have an effect on public safety as well as on the lives of these juveniles and young men,” Edwards said.

Programmes that lift people up

Edwards said the program will be tailored to the individuals, looking needs like job training, education, mental health and addiction treatment and even a partnership with the local YMCA so the young men can take care of themselves physically.

“Too often prosecution is case based, but we want this to be cause based— looking at the underlying causes,” Edwards said.

For Shane Sims, the idea that prosecutors in all these places are creating plans to consider the whole person standing before them, not just the crime they committed, brings him overwhelming joy. Sims is the executive director of People Living in Recovery, which is working with Gonzalez in Athens, Georgia, to redesign its mental health and addiction diversion program.

He was sentenced to life plus 15 years for his accomplice role in a robbery that ended in the death of a store clerk. He was 18 years old, and it seemed like no one considered who he was or how he got there — that his parents were addicted to crack cocaine and he was taking care of his younger brother on his own from a young age.

When he got out, after three wardens petitioned for his release, he started working in the community.

“What we are doing together is coming to the realization that substance abuse lies at the heart of so many who enter the criminal justice system. Minorities historically have the least consideration when deciding how to deal with that,” Sims said.