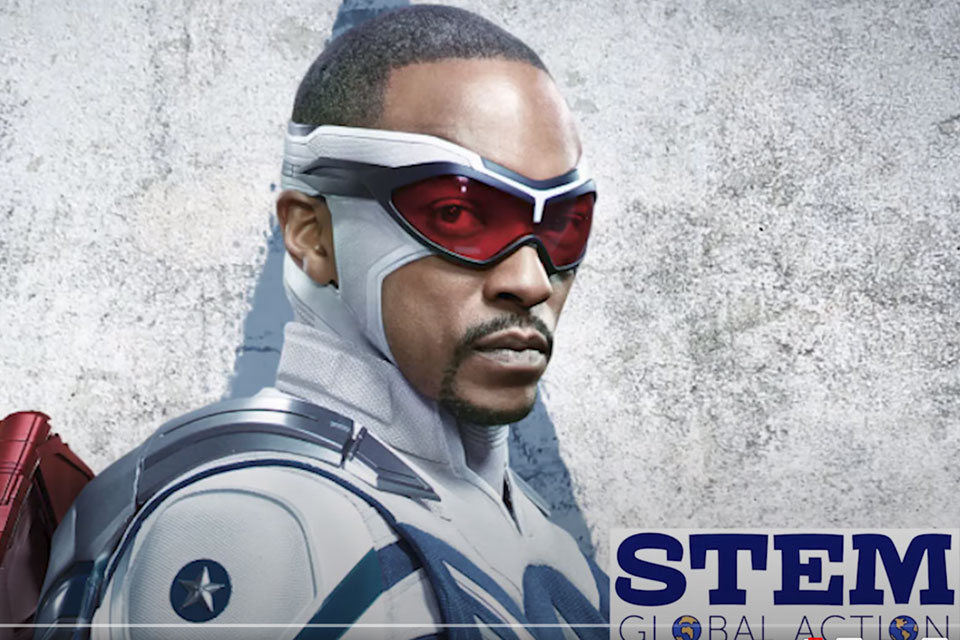 NEW ORLEANS, LA – Dr. Calvin Mackie is the founder of STEM Global Action (SGA), a campaign and network of affiliates that bring science, technology, engineering, and mathematics (STEM) education to children and teenagers in New Orleans, and other parts of the country. As a veteran STEM professional, he sees a strong bond between Marvel’s fictional cinematic universe and the vital role that STEM education plays in propelling children from under-resourced and underrepresented communities into high-paying and sustainable careers.

His brother, New Orleans native Anthony Mackie, portrays Sam Wilson on the Disney+ miniseries The Falcon and the Winter Soldier, and recently became the first Black Captain America in the Marvel Universe. “As a superhero, Wilson overcomes ferocious enemies and his own doubts about bearing the legacy of Capitan America,” says Calvin Mackie. “He also confronts the concerns of others that no self-respecting Black man should even want to protect America considering its historic mistreatment of Blacks.  In real life, my brother has also prevailed against the odds. When we lost our mother growing up, our family banded together and made his dreams come true: Anthony went to acting school.” 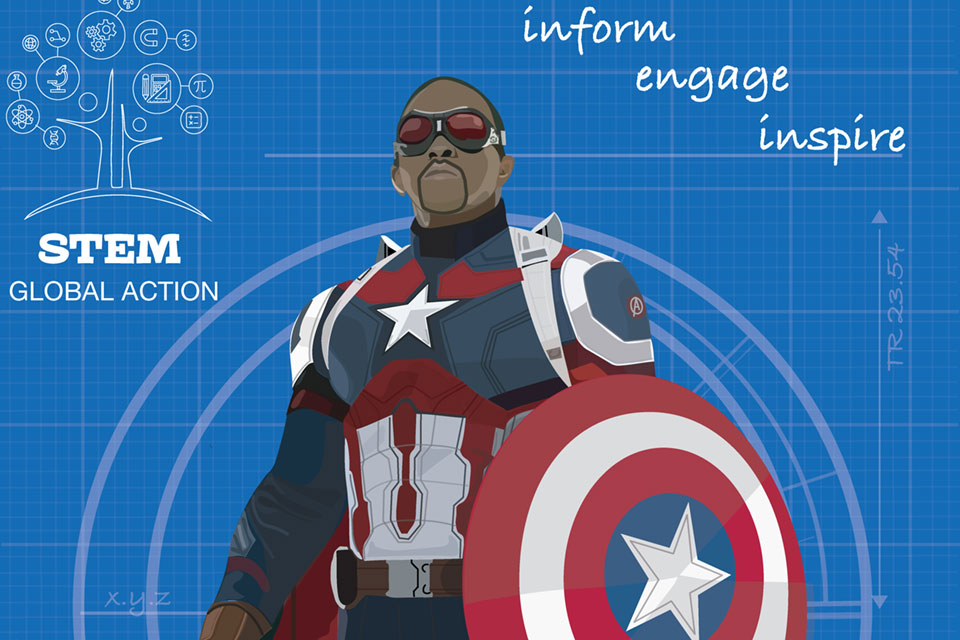 Through hard work, Anthony Mackie is a star of the stage, film and television. In today’s America, that creates an inspiring narrative. “A powerful triumph,” says Calvin Mackie, noting that African Americans face unconscious and conscious bias in a nation built on the discredited belief in a racial hierarchy that puts people of color on the bottom rung of society.

His power STEMs from science

In the show, Sam Wilson is never the strongest in battle. He relies on STEM to win. From his mechanical wings infused with Vibranium from Wakanda that enable him to fly, to his “Redwing” combat and reconnaissance drones, Wilson wins with a mastery of science and physics, of calculations and probabilities, and most importantly, by turning smarts and technology into paths for success.