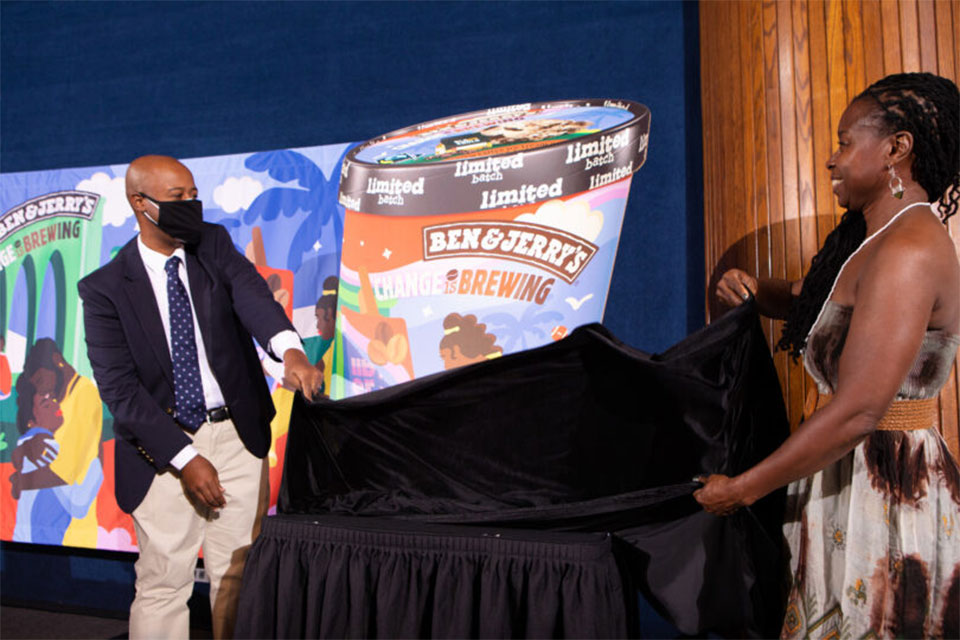 “Change is Brewing” was created to help transform the nation’s approach to public safety to one that prioritizes community needs.

Change is Brewing is part of Ben & Jerry’s ongoing work to advance racial justice, calling for the nation to divest from a broken criminal legal system and invest in services that help communities thrive, like mental health treatment, counseling, substance use treatment, and healthcare.

The legislation was written to transform a system that disproportionately criminalizes Black and Brown people into a system that provides resources to help every community, and especially communities of color, thrive.

The People’s Response Act was developed in partnership with community organizers, grassroots organizations, and movement partners, including the Movement for Black Lives (M4BL).

“The Movement for Black Lives welcomes Ben & Jerry’s support of The People’s Response Act, which would expand a new vision for public safety rooted in public health; and their investment in local organizations working every day in service of a new future for Black people,” said Monifa Bandele, member of the leadership of M4BL’s Policy Table.

“Now is the time for Congress to embrace bold, courageous leadership and join Congresswoman Cori Bush in co-sponsoring The People’s Response Act and ensuring its final passage.”

“We appreciate Congresswoman Cori Bush for having the courage and vision to introduce the People’s Response Act, legislation that would boldly transform public safety in America,” said Jabari Paul, US Activism Manager for Ben & Jerry’s.

“We’ve come to understand that public safety is also a matter of public health. Congresswoman Bush’s legislation begins to make that important link by creating a public safety division within the Department of Health and Human Services.”

The deep, rich coffee flavor in Change is Brewing is from BLK & Bold, the first Black-owned, nationally distributed coffee company that gives 5% of its profits to initiatives that support youth in need.

The bakery has an “open hiring” policy that provides opportunities for people facing barriers to employment.

On the pint, Black multi-disciplinary artist Laci Jordan paints a colorful picture of what the world might look like when Black people feel safe and all communities can thrive.

Change is Brewing will be available as a Limited Batch flavor at participating Ben & Jerry’s Scoop Shops and on store shelves for a suggested price of $4.49-5.69.

A portion of the proceeds from the sale of Change is Brewing will go to grassroots groups working to transform public safety in America.To learn more, visit benjerry.com/change.