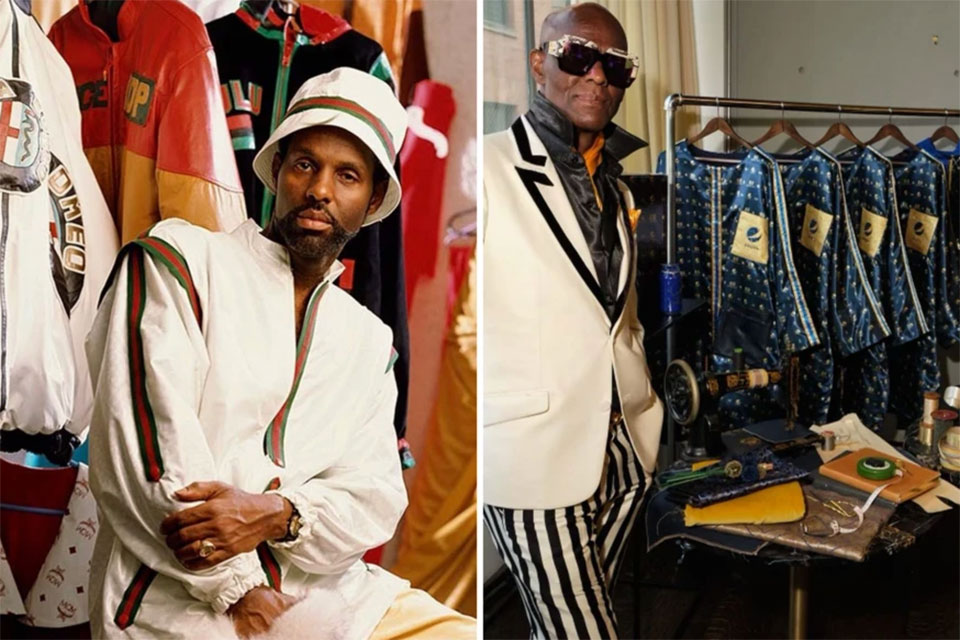 Daniel Day, known as Dapper Dan, is a fashion designer who made a name for himself during the ’80s in NYC. He gained fame for reimagining luxury pieces by creating customized streetwear for locals, hip-hop artists, and celebrities emblazoned with logos from major fashion houses. Dan made it all from car interiors to furs and custom leather jogger suits. He was eventually shut down by the authorities and shut out by fashion houses.

That all changed in recent years when the long memory of hip hop fans was reignited after seeing Gucci ripping off Dan’s classic 80s designs on a major runway. The coat in question was made for Olympic sprinter Diane Dixon who shared an original photo in the coat, captioning it, “Give Dapper Dan his credit. He did it first in 1989!” Shockingly, Gucci acknowledged its wrongdoing, offering Dan a partnership to create a ready-to-wear and accessories line which spurred a resurgence of the couturier’s career.

Now, the 77-year-old is being honored with the CFDA’s Geoffrey Beene Lifetime Achievement Award. He is the first Black fashion designer to be awarded the honor and the first designer to receive the honor without ever doing a solo fashion show.

Dan took to social media to share the historic win with his fans, thanking the CFDA and, of course, his native, Harlem.

“Isn’t it ironic how the fashion world says that Dapper Dan won the Geoffrey Beene Lifetime Achievement Award without ever having a runway show? The streets of Harlem have been my runway for 35 years. Isn’t that where the major luxury brands got their inspiration from? Maybe logo-mania is an illusion. Thank you Harlem, I love you! Thank you to the CFDA for making me the first Black designer to win this lifetime achievement award. Harnessing the Dapper Dan brand to Gucci, mounted it on a global track, now the whole world knows what Harlem always knew, that the Dapper Dan brand is a thoroughbred brand,” Dan said.

The 2021 CFDA Awards are set to take place November 10th at The Pool Room in NYC. Visit Vogue to see the complete list of nominees and honorees.

Congratulations Dap! Keep doing it for the culture. Because of you, we can!