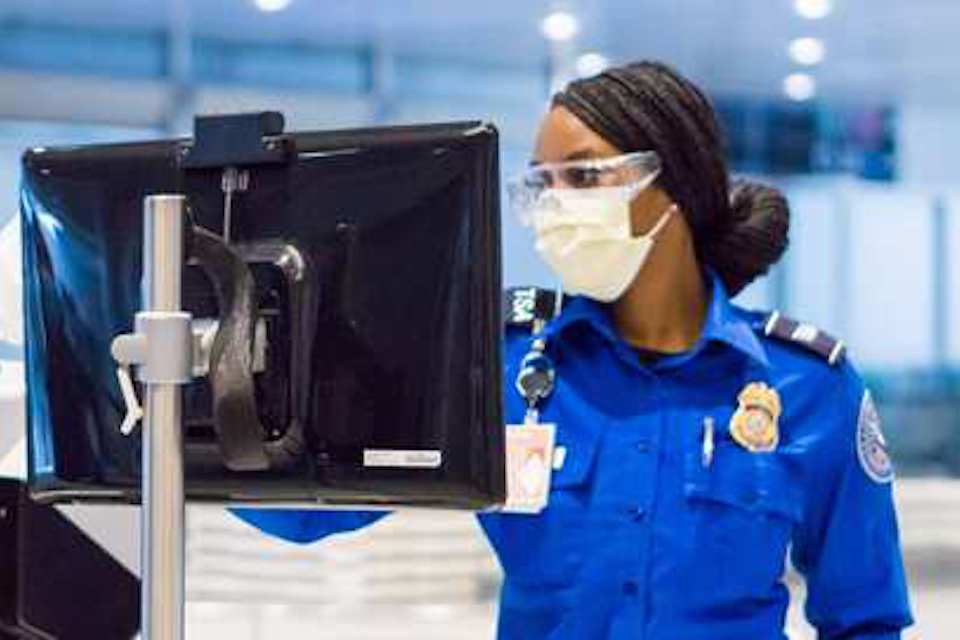 WASHINGTON – Yolanda Williams, a Transportation Security Administration (TSA) supervisor at Los Angeles International Airport, said that passengers were very cooperative with the rules that took place when she first began working for the agency.

She joined TSA in September 2002, a year after the Sept. 11, 2001, terrorist attacks that claimed the lives of 2,977 people in New York City, Pennsylvania and Washington, D.C.

Fast forward 20 years, Williams said, and quite a few of passengers have grown angry with TSA.

“Most people quickly forget that a terrorist does not have a particular look,” she said. “We have dealt with the shoe bomber, the underwear bomber, suicide bombers, bombs placed in printer cartridges and not to mention 9/11.

“My main goal at the end of the day is to see that my Transportation Security officers work in a safe environment and return home to their families.”

What many Americans do not know is that before those tragic events of 9/11, families could walk their loved ones to the gate without any security checks.

They could wait at incoming gates for minutes or hours in advance of their arrival.

No identification was required, not as they waited or as departing passengers checked-in. Shoes and other clothing weren’t required to be removed. Laptops and other electronics could stay in their bags.

Air travel stiffened after four hijacked planes crashed into both World Trade Center towers, a field in Pennsylvania, and the Pentagon in Washington.

President Bush wanted to make sure that America would never be attacked this way again, so several more rules were implemented over the years to ensure passenger safety.

Williams said the rules have evolved for the better since 2001. Vetting passengers has become the greatest tool because it restricts those who may have been linked to terrorism and others who have harmed the aviation system.

Williams said she believes the rules might have caused passengers to become more irritated overtime, but airports have also grown safer.

“Every time I see an airplane take off from the runway, I say to myself, ‘We did that,’ knowing that we stopped possible danger,” she said.

According to a survey of 4,000 travelers by Airfarewatchdog, an online site for cheap airfares and hotel deals, 48.5 percent said that the pre-boarding process, including check in and going through security the most stressful part of air travel.

Black women have been complaining for years that they have been forced to undergo intrusive, degrading searches of their hair at airport security checkpoints. After a complaint five years ago, the TSA pledged to improve oversight and training for its workers on hair pat-downs.

Katrice Offord-Abdallah, a site operations senior coordinator for a financial analyst firm, said she recently had that experience on a flight from Los Angeles to Houston.

“I have locks, and I usually wear my hair in a bun, and they always want to pat it down,” Offord-Abdallah said. “So, I tried to resolve that by wearing my hair down. But that didn’t work. When I went through the new system that LAX uses, it highlighted areas on my body, and because my hair is long, it highlighted my chest area, my groin.

“I was told they needed to check those areas. I think the woman thought, because she was going to use the back of her hands, it was less intrusive.

“I told her, ‘You are not going to do that here I public. You’re asking to frisk me. You’re asking like I’m a criminal, like someone who fit the description.’

"So, I had to have my teenage son collect our items from the conveyer belt and wait 10 minutes and then be escorted to a private room.“

Since 9/11 there have been numerous encounters with bomb threats. Just three months after 9/11, Richard Reid, later known as the shoe bomber, attempted to ignite explosive devices hidden in his shoes on a flight from Paris to Miami.

A few years later, Umar Farouk Abdulmutallab, a Nigerian, tried to detonate a bomb concealed in his underwear while aboard a flight from Amsterdam to Detroit. He was convicted and sentenced to life in prison.

Security measures have evolved due to the various threats, TSA officials said. Consequently, identification rules were strengthened. Gels and aerosols had to be in containers of 3.4 ounces or less. Shoes and other clothing had to be removed. Laptops and other electronics had to be taken out of bags, and the list goes on.

With more rules came longer lines, which meant passengers needed to arrive earlier to catch their flights, in some cases as much as two hours earlier.

In 2020 TSA discovered 3,257 firearms on passengers or in their carry-on bags at checkpoints and 83 percent of the firearms were loaded

But there is a reason for all the precautions, the agency said. TSA released a statement at the beginning of this year stating the number of firearms it took from passengers during security checks doubled in 2020 for the highest number in the agency’s history.

TSA said it discovered 3,257 firearms on passengers or in their carry-on bags at checkpoints. Eighty-three percent of the firearms were loaded, it said.

Mary Turner, 85, Dallas retiree who flew periodically before the pandemic, said that long waits at the airport annoy her the most.

“I remember back in the 80s and 90s,” Turner said. “I didn’t have to take anything out of my bags and can’t recall two hour waits. Why should I have to take my shoes off at my old age?

“I am grateful for the men and women of TSA, because there are always ongoing threats, but I wish the process was smoother, because the rules are always changing.”

Flying is safer because of checks

As a result of long wait times TSA PreCheck was implemented in Dec. 2011. It provides expedited screening for known and trusted travelers at security checkpoints, allowing TSA to focus resources on high risk and unknown passengers, the agency said.

Victor Green, a TSA employee for four years at Dallas/Fort Worth International Airport, said his training covered many different tactics to stay up to date with today’s terrorist.

“Terrorist don’t have a certain look anymore and they aren’t just overseas,” Green said. “No situation is the same. Some passengers are irritated while others are appreciative of the work we are doing.

“Some passengers complain about the body scanner when the walk-through check points are more intense. But at the end of the day, TSA has made life safer for everyone flying across the U.S.”

To commemorate the 20th anniversary of 9/11, TSA compiled stories on its website from its officers titled “In Your Own Words.” In them, TSA officers reflect on where they were during the tragic events of that day.