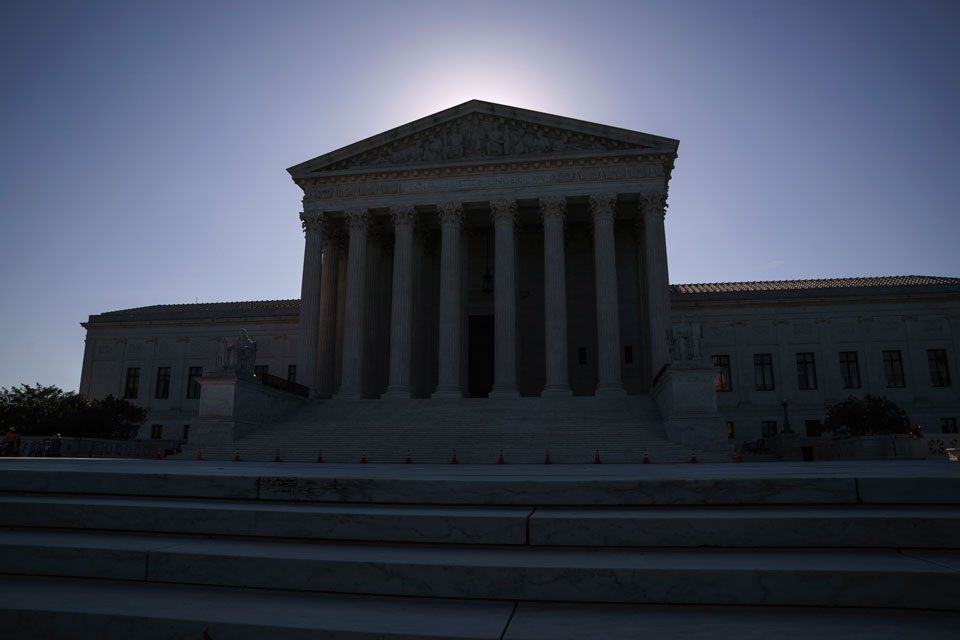 WASHINGTON (AP) — Traditionally, the process of getting an opinion from the U.S. Supreme Court takes months and those rulings are often narrowly tailored. Emergency orders, especially during the court's summer break, revolve around specific issues, like individual death penalty cases.

But that pattern has changed in recent years with decisions coming outside the court’s normal procedures. That has been especially true in the past two weeks. Since Aug. 24, that truncated process known as the shadow docket has moved at astronomical speed, producing decisions related to immigration, COVID-19 and evictions and, most recently, abortion.

Those three decisions, with the conservative wing of the court in the majority, have the potential to affect millions of people, in a fraction of the time and outside the normal scrutiny signed opinions can bring.

“My memory is, typically, if the Supreme Court was acting in July and August, it was really that quintessential emergency appeal, dealing with something like a death penalty situation. It wasn’t like: What is immigration law going to be in our country? It wasn’t: Will tenants have certain rights? It wasn’t the big substantive questions,” said Jessica Levinson, a professor at Loyola Law School.

What is the normal process?

Participants petition the court to hear cases. If accepted, there are oral arguments before the justices, although during the coronavirus era that has meant via telephone. Before this happens, a case usually has gone through a full review and appeal in lower courts. Those deliberations are part of the material the justices reference. Amicus briefs are submitted by parties interested in the case.

Once the arguments are heard the judges meet in conference, discuss the cases and take preliminary votes. Opinions are assigned to be written and draft opinions are exchanged and often amended and changed.

The overall process is deliberative and one where the justices justify their conclusions in somewhat lengthy written legal opinions. The process between oral argument and issued opinion takes months.

What happens on the shadow docket?

The shadow docket, a phrase coined by University of Chicago Law School professor William Baude, skips many if not all of those steps. The biggest element: It does not possess the transparency and disclosure of a typical docket. Outside of a flurry of court filings between the plaintiffs and defendants in the three recent, prominent cases, there was little interaction between the court and the participants. None of the orders issued by the majority in the three cases was signed, although at least one of them ended the protection for roughly 3.5 million people in the United States who said they faced evictions in the next two months, according to Census Bureau data from early August.

What are the cases?

The first decision dealt with the Biden administration's attempt to end a Trump-era program that forces people to wait in Mexico while seeking asylum in the U.S. With three liberal justices in dissent, the high court refused to block a lower court ruling ordering the administration to reinstate the program informally known as Remain in Mexico.

Days later the court's conservative majority said the Centers for Disease Control and Prevention lacked the authority to reimpose a moratorium on evictions, a temporary ban that was put in place because of the coronavirus pandemic.

And this past week, the court allowed a new Texas law to go forward that bans most abortions in the state and is the biggest curb to the constitutional right to an abortion in decades, despite the fact the justices said there are serious questions about the constitutionality of the law.

Do any justices oppose the abbreviated process?

The liberal wing of the court has been vocal, but Chief Justice John Roberts’ comments in the abortion law case may have been the most straightforward in indicating a desire for the traditional process to give courts time to examine the “not only unusual, but unprecedented” statutory scheme.

“We are at this point asked to resolve these novel questions — at least preliminarily — in the first instance, in the course of two days, without the benefit of consideration by the District Court or Court of Appeals," Roberts wrote. "We are also asked to do so without ordinary merits briefing and without oral argument.”

Justice Elena Kagan joined Roberts in his dissent in the abortion law case and wrote one of her own specifically about the shadow docket. “Today’s ruling illustrates just how far the Court’s ‘shadow-docket’ decisions may depart from the usual principles of appellate process," she wrote. "That ruling, as everyone must agree, is of great consequence."

She added that the majority ruling was missing guidance from the appeals court, included only cursory review of party submissions, and was done hastily and with little explanation for its conclusion. “In all these ways, the majority’s decision is emblematic of too much of this Court’s shadow docket decisionmaking,” Kagan wrote.