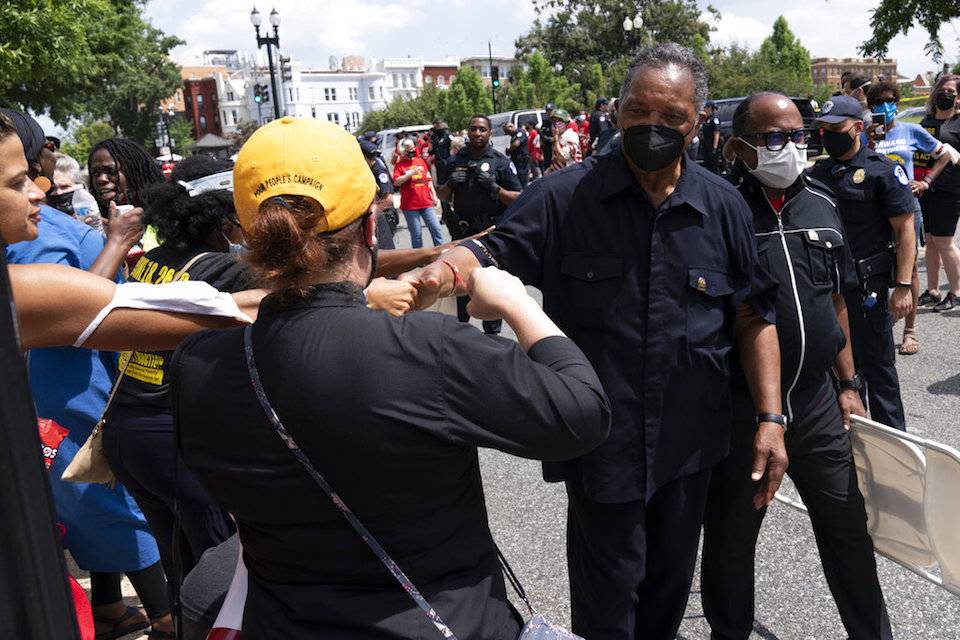 CHICAGO (AP) — The Rev. Jesse Jackson, a famed civil rights leader and two-time presidential candidate, and his wife, Jacqueline, have been hospitalized after testing positive for COVID-19, according to a statement Saturday.

Jesse Jackson, 79, is vaccinated against the virus and received his first dose in January during a publicized event as he urged others to receive the inoculation as soon as possible. He and his wife, 77, are being treated at Northwestern Memorial Hospital in Chicago.

People who have been vaccinated can still be infected with COVID but for the vast majority the illness is far less severe.

“Doctors are currently monitoring the condition of both,” according to the statement from Jesse Jackson's nonprofit, the Rainbow/PUSH Coalition.

“There are no further updates at this time," the statement said. "We will provide updates as they become available.”

A protégé of the Rev. Martin Luther King, Jesse Jackson has been key in guiding the modern civil rights movement on numerous issues, including voting rights.

Despite having been diagnosed for Parkinson’s disease, Jackson has remained active, and has advocated for COVID-19 vaccines for Black people, who lag behind white people in the United States’ vaccination drive.

Earlier this month, he was arrested outside the U.S. Capitol during a demonstration calling for Congress to end the filibuster in order to support voting rights.