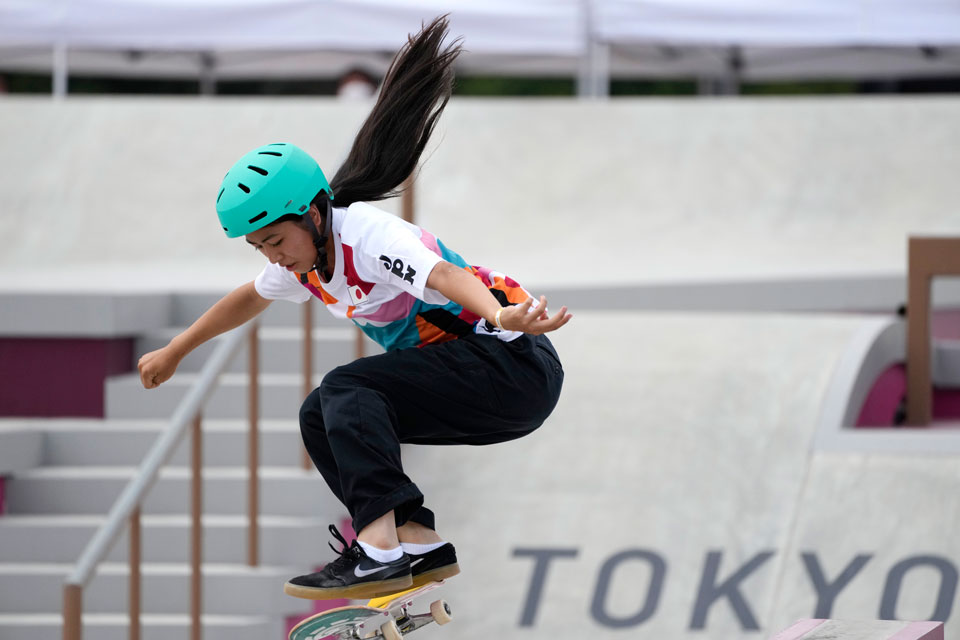 TOKYO (AP) — On the Olympic podium stood three teenage girls — 13, 13 and 16 — with weighty gold, silver and bronze medals around their young necks, rewards for having landed tricks on their skateboards that most kids their age only get to see on Instagram.

After decades in the shadows of men's skateboarding, the future for the sport's daring, trailblazing women suddenly looked brighter than ever at the Tokyo Games on Monday.

It's anyone's guess how many young girls tuned in to watch Momiji Nishiya of Japan win the debut Olympic skateboarding event for women, giving the host nation a sweep of golds in the street event after Yuto Horigome won the men’s event.

But around the world, girls trying to convince their parents that they, too, should be allowed to skate can now point to the 13-year-old from Osaka as an Olympic-sized example of skateboarding's possibilities. 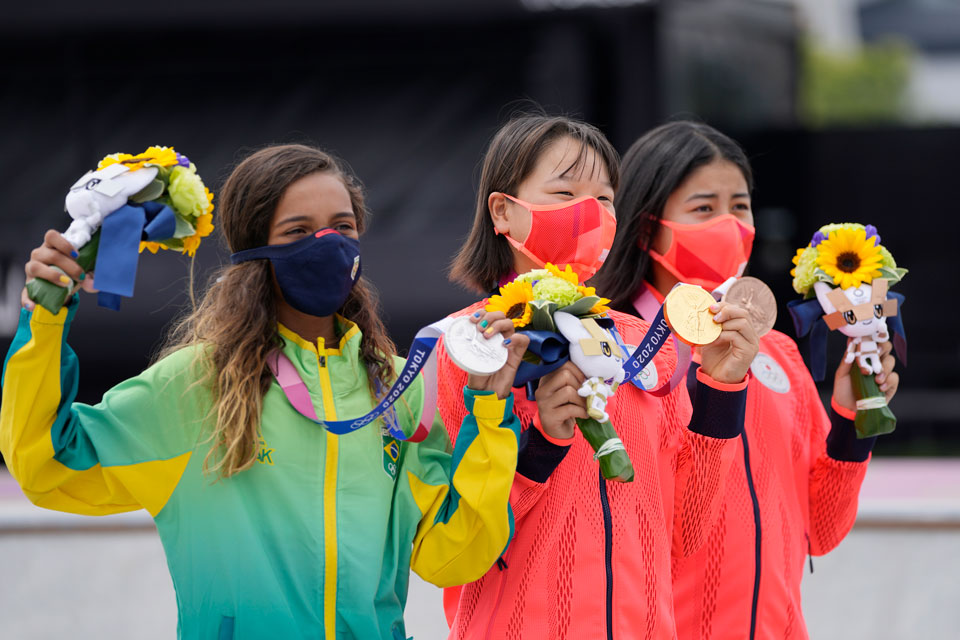 From left, silver medalist Rayssa Leal of Brazil, gold medalist Momiji Nishiya of Japan, center, and bronze medalist Funa Nakayama of Japan show their medals won in the women's street skateboarding finals at the 2020 Summer Olympics, Monday, July 26, 2021, in Tokyo, Japan. (AP Photo/Ben Curtis)A champion of few words — “Simply delighted,” is how she described herself — Nishiya let her board do the talking, riding it down rails taller than she is. She said she'd celebrate by asking her mother to treat her to a dinner of Japanese yakiniku barbecue.

The silver went to Rayssa Leal, also 13 — Brazil’s second silver in skateboarding after Kelvin Hoefler finished in second place on Sunday in the men’s event. 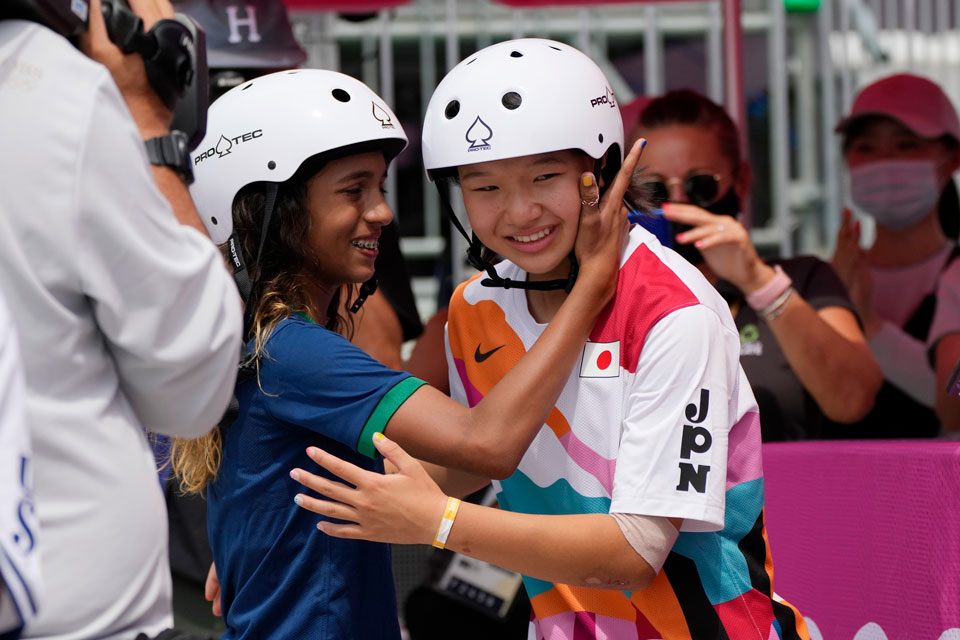 “Now I can convince all my friends to skateboard everywhere with me," Leal said.

She first caught the skateboarding world's attention as a 7-year-old with a video on Instagram of her attempting, and landing, a jump with a flip down three stairs while wearing a dress with angel wings.

“Skateboarding is for everyone,” she said.

But that hasn't always been true for young girls, even among the 20 female pioneers who rode the rails, ramps and ledges at the Ariake Urban Sports Park.

The field included Leticia Bufoni of Brazil, whose board was snapped in two by her dad when she was a kid to try to stop her from skating.

“I cried for hours,” she recalled. “He thought girls shouldn’t skate because he had never seen a woman skate before.”

Bufoni added, half-joking, that getting him to relent had been harder than qualifying for the Tokyo Games.

“So I want be that girl that the little girls can show their parents and be like, ’She can skate. I want to be like her,'” Bufoni said.

Annie Guglia of Canada said she didn't see any other girls skate during her first two years on her board. The first contest she entered, at the age of 13, had no women’s category, so organizers had to create one for her.

Skaters predicted that by time the next Olympics roll around, in Paris in 2024, the women's field will have a greater depth of talent and tricks, built on the foundations they laid in Tokyo.

“It’s going to change the whole game,” U.S. skater Mariah Duran said. "This is like opening at least one door to, you know, many skaters who are having the conversations with their parents, who want to start skating.

“I’m not surprised if there’s probably already like 500 girls getting a board today."

Nishiya is going places with hers. She said she aims to be at the Paris Games “and win.”

But first — barbecue. Her delighted mom didn't take much convincing.

"I’ll definitely take her," she said.