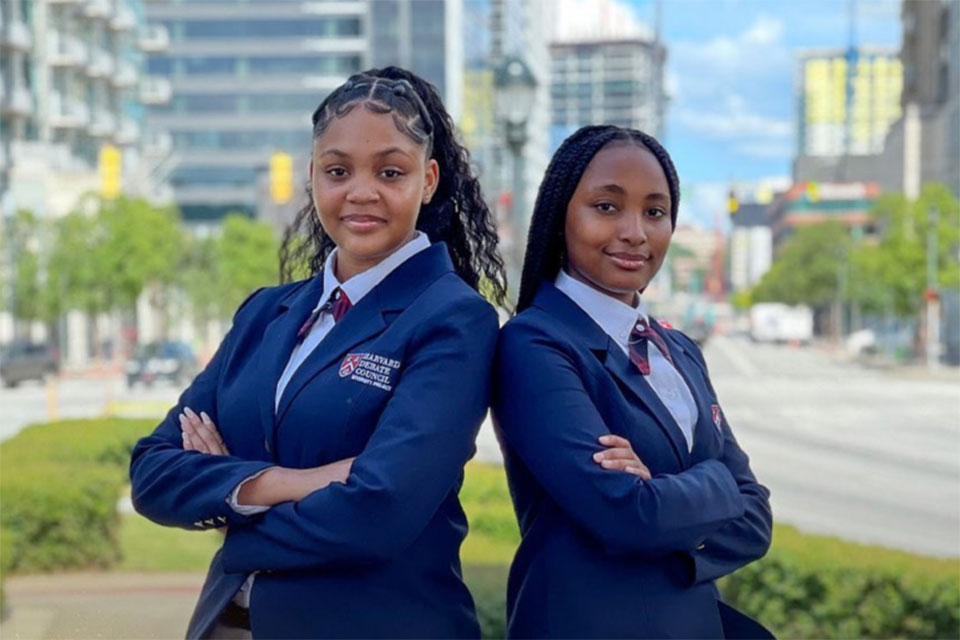 Jayla Jackson and Emani Stanton just made history as the first Black girl duo to win Harvard's International Debate Competition against more than 100 debaters from around the world. To top it off, they won with an undefeated record. The Harvard Debate Council, one of the university's oldest organizations on campus, brings hundreds of talented students from more than 15 countries for a summer intensive that ends in a debate tournament.

Jackson and Stanton both hail from Atlanta and are members of the Harvard Diversity Project, founded by Brandon P. Fleming in 2017. The award-winning debate coach pushed Harvard to create the initiative to promote inclusivity and equity on campus. Fleming finds Black youth in Atlanta who're debate novices and trains them every weekend for a year before the Harvard summer program.

The power of educational equity

This exposure gives them a chance to learn academic disciplines that they wouldn't have access to otherwise. Fleming has raised more than $1 million in the past four years and enrolled more than 100 Black students into the Harvard debate program with full scholarships. All four cohorts that Fleming has trained have won the international debate competition at Harvard. In an interview with Black Enterprise, Fleming said that his program's purpose is "bigger than debate."

"The achievements of this program and our scholars reveals to the world the power of educational equity."

Jackson, a 16-year-old at Holy Innocents' Episcopal School, and Stanton, a 17-year-old attending North Atlanta High School, were challenged to debate this topic "Resolved: The North Atlantic Treaty Organization should substantially increase its defense commitments in the Baltic States."

When Jackson spoke of her win to reporters, she explained that nobody can ever doubt what they are capable of, "We want to use our platform to show people what's possible when the playing field is leveled for those who need it most."

The next cohort of The Harvard Diversity Project has already begun training for the 2022 Harvard debate residency.

We love watching you win!