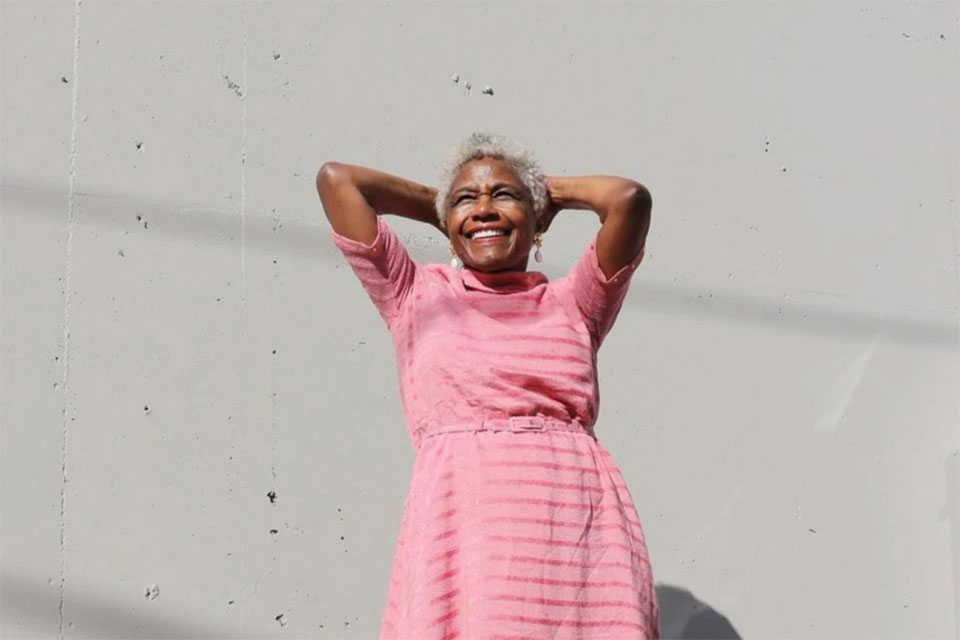 A 74-year-old fashion model is fighting back against ageism and redefining beauty, Today.com reports.

I am not invisible

Carolyn Doelling has had a fulfilling life, spending most of her career working in banking, telecommunications, and various nonprofits. It wasn’t until she retired at 70 that she began to notice that the way the world looked at her had changed.

“It didn’t take me long to realize that people have much lower expectations of what I could accomplish, and I also noticed that I started to feel invisible. So my first thought was I need to do something about that because I’m not invisible,” Doelling told reporters.

Carolyn Doelling is a true "super senior.” She reinvented herself at age 70, and now she's on a mission to change the face of the fashion and advertising industries. @SheinelleJones shares the story. pic.twitter.com/Eh8uGC9BUZ

That’s when she decided to reinvent herself, connecting to a new purpose in ensuring that she was seen, starting with wearing brighter colors. She quickly discovered that she wasn’t the only senior feeling this way, hearing much of the same from other people her age, making Doelling go on a quest to discover a new purpose.

“I think the idea of just not having the purpose and not having kind of that connection is what makes you feel invisible. And I’ve heard so many people say the same thing...My friends and family acknowledged me, of course, but the greater public - the ‘just walking down the street’ public - totally ignored me. No one seemed to notice or care who I was. It was as if everyone in this culture of ageism had agreed:

"You are done, your work is done. You are no longer needed. "

"And with the kids and husband gone, your purpose to us is questionable,” Doelling said.

A quick trip to a California boutique changed her life. There, Doelling was asked if she had ever considered modeling, and the rest is pretty much history. Now, the 74-year-old woman is gracing print covers, all across social media, and on the runway dressed in designer head to toe. Before now, she had never modeled, barely even taking pictures; now, she can’t get enough of it.

“I have to say that modeling was never in the picture. In fact, you’d be hard-pressed to find a picture of me beforehand because I was always on the back row…[But now] just wearing those clothes, and the whole process is just so exciting. Learning how to pose and having the photographer give you great feedback,” Doelling exclaimed.

Now bright colors have become her signature, a stark contrast from the dark, dreary colors she used to wear in retirement. Doelling is on a quest to show people that they can reinvent themselves and fight back against ageism. She joins an elite group of senior models, including 73-year-old Maye Musk, who became an ambassador for CoverGirl, and Ernestine Stollberg, who broke into the fashion world in 2017 at 95 years old.

“My aspiration is just to be the role model for other people to look and say, ‘You know what, she’s 74 years old, she’s rebooted and reinvented herself, and maybe I could do that, too,” Doelling said.

The fashion model’s ultimate goal is to create more representation for seniors to see themselves reflected.

“I’m really hoping that individuals who can make choices about who they use as models will broaden the representation of who can represent their product...I say I’m bucking height-ism, ageism, hair-ism, colorism. I got all the ‘isms’ covered,” Doelling said.

Congratulations! Because of you, we can!

This article was originally posted BOTWC