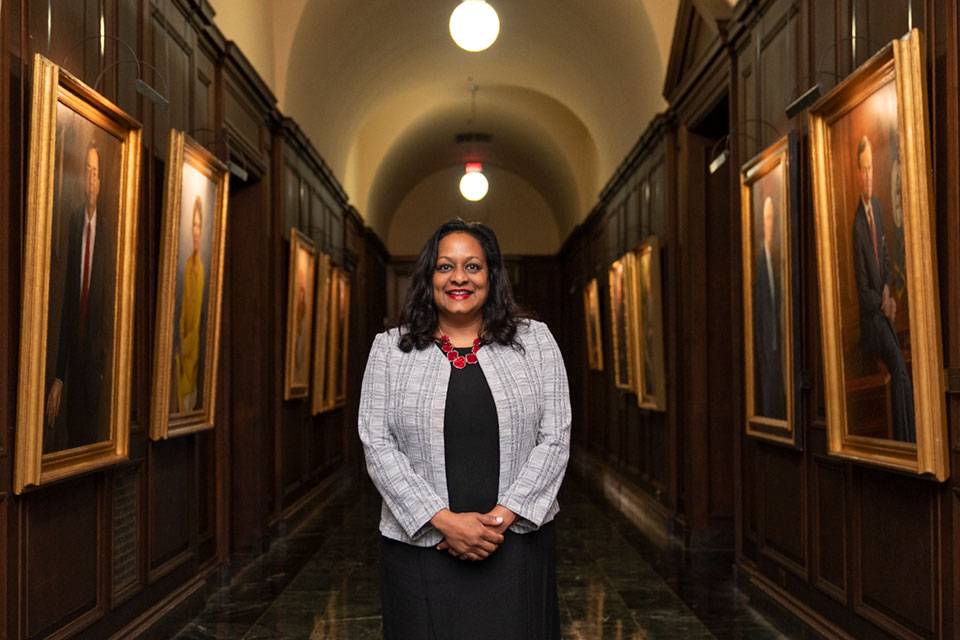 WASHINGTON (AP) — To finally determine a lasting definition of waterways that qualify for federal protection under the Clean Water Act, the Environmental Protection Agency’s new water director says everyone with a stake in the issue will need to be engaged.

Waters of the United States

Radhika Fox recently spoke to The Associated Press about the Biden administration's plan to rewrite the regulation, also called Waters of the United States. The contentious rule was scaled back by the Trump administration after being expanded under President Barack Obama.

Fox joins the EPA as water issues have become a priority under President Joe Biden. She was previously CEO of the conservation advocacy group U.S. Water Alliance and policy director at the San Francisco Public Utilities Commission.

Fox also spoke about the infrastructure plan's goal of eliminating the country’s remaining lead pipes and service lines, which pose a risk for contaminated water in homes and schools. And she spoke about the importance of diversifying water sources in dry regions, such as by recycling wastewater and capturing stormwater.

The interview has been edited for length and clarity.

Q: Regarding the Clean Water Act, how does the administration seek to balance the interests of farmers, ranchers, developers and environmentalists?

A: If we look back 50 years ago, what really prompted us to create the Clean Water Act is that literally rivers were on fire because pollution was so bad. To your question about how we intend to get to a durable definition, it’s really to do it in partnership. The one thing about Waters of the U.S. is nearly every water stakeholder has a stake in that definition. If we don’t reflect on that, and really understand the on-the-ground implementation challenges, I don’t think we can get to a durable definition.

Q: Who is the administration talking to before changes to the rule are made?

A: We are going to have public meetings that will be happening later this summer, where any interested stakeholder can share their views. We’re going to be doing regional roundtables in different parts of the country so we can understand the regional variation. When we do those, we’re going to try to bring all sides together in one discussion.

Q: How do you see the twin challenges of promoting growth in arid places while drought conditions and water scarcity worsen?

A: It’s using every tool in our toolbox when it comes to meeting the water needs for all communities, particularly in the West. There’s incredible innovation that has been happening around diversifying local water supplies and reuse. We need to really double down on a lot of those types of projects.

Q: Is it wise to encourage millions of people to live in places facing aridification and annual wildfires?

A: The reality is we have millions of people living in the West. It is a critical economic center for America. So we really need to invest in those things that are going to promote diversification of water supplies. When I worked at the San Francisco Public Utilities Commission, we were in a drought at the time. A lot of the success that we had is that, as a local water utility, we tried to steward every drop as carefully as we could.

Q: Who isn’t currently served by clean water in the U.S.?

A: If you look at the water access gap in this country, it impacts both urban and rural America. In rural communities, we have places like McDowell County, West Virginia, where communities never got centralized drinking water and wastewater infrastructure. In many urban communities, it’s low-income people and communities of color, particularly African Americans and Latino communities that face many of the contamination issues and aging water infrastructure issues. There’s millions of people who don’t have access to clean, safe, reliable, and increasingly, affordable water service.

Q: How does the infrastructure plan intend to map out where lead pipes and service lines are?

A: There’s a real unevenness around the country in knowing where these lead service lines are. There’s also a lot of new technologies that are emerging that can help the water utility map these things more quickly and more efficiently. In places that have that, they’d be able to move forward with those removal projects. For communities that don’t, we really would like to see some of the resources going to doing that inventory. We are also developing guidance and technical assistance to help states and localities on that inventory. There’s a number of water associations that are also working with their member utilities.