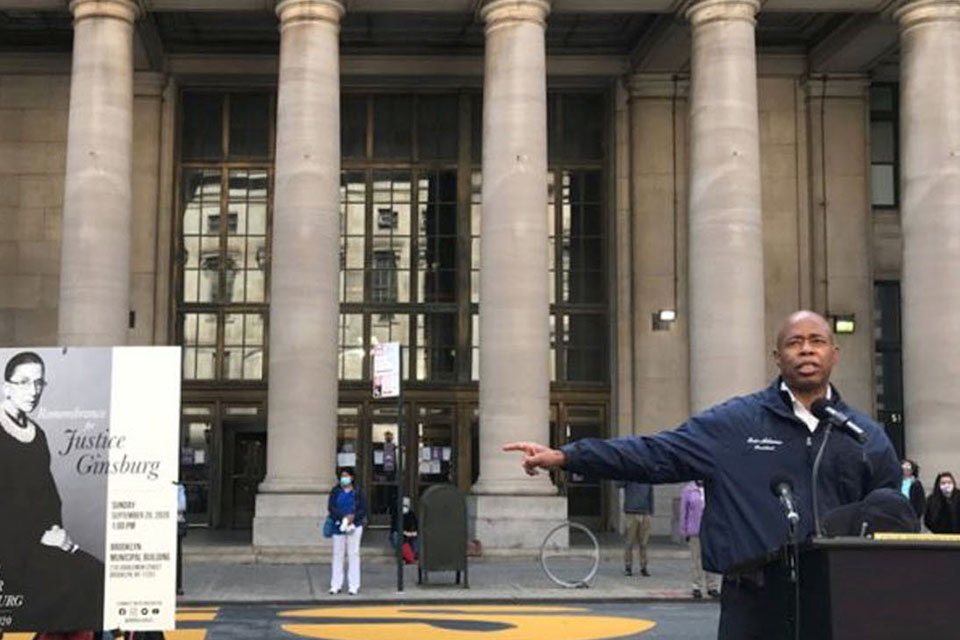 Eric Adams grew up poor. As a teenager, he was abused by the police but later decided to join New York’s Finest ranks.

After serving as a police captain, and in the state Senate and as Brooklyn borough president, Adams is poised to become only the second African American to lead the biggest city in America.

Adams won the Democratic primary for mayor, and political watchers in the Big Apple give Republicans virtually no chance of beating Adams in the fall, which would put him in exclusive company with the late David Dinkins as New York’s only Black mayors.

“While there are still some very small amounts of votes to be counted, the results are clear: a historic, diverse, five-borough coalition led by working-class New Yorkers has led us to victory in the Democratic primary for Mayor of New York City,” Adams said in a statement.

“Now, we must focus on winning in November so that we can deliver on the promise of this great city for those who are struggling, who are underserved, and who are committed to a safe, fair, affordable future for all New Yorkers,” he declared.

Born in the Brownsville neighborhood of Brooklyn in 1960, Adams counts as the fourth of six children for his mother Dorothy, a house cleaner and cook, and his father Leroy, a butcher.

The family later moved to the working-class neighborhood of South Jamaica, Queens, where New York police officers badly assaulted Adams and his brother.

Adams has pointed to that encounter as a 15-year-old as motivation for a law enforcement career.

He earned an Associate in Arts degree in data processing from the New York City College of Technology, a Bachelor of Arts degree in criminal justice from John Jay College of Criminal Justice, and a Master of Public Administration degree from Marist College.

According to his official bio, Adams paid his way through his collegiate studies through several jobs, including work in the mailroom of an accounting firm, as a mechanic, and as a clerk in the Kings County District Attorney’s Office.

According to his bio, Adams also served as president of the Grand Council of Guardians, a statewide fraternal society for African Americans in law enforcement.

“I grew up poor in Brooklyn & Queens,” Adams wrote on Twitter. “I wore a bulletproof vest to keep my neighbors safe. I served my community as a State Senator & Brooklyn Borough President. And I’m honored to be the Democratic nominee to be the mayor of the city I’ve always called home.”