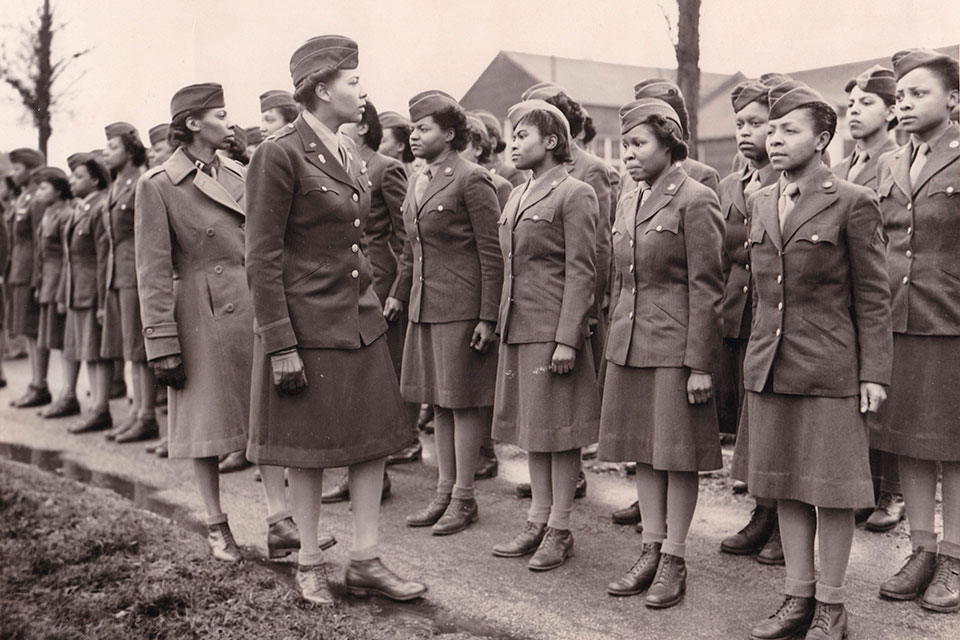 BOSTON (AP) — Maj. Fannie Griffin McClendon and her Army colleagues never dwelled on being the only Black battalion of women to serve in Europe during World War II. They had a job to do.

The 6888th Central Postal Directory Battalion was credited with solving a growing mail crisis during its stint in England and, upon their return, serving as a role model to generations of Black women who joined the military.

But for decades, the exploits of the 855 members never got wider recognition — until now.

The Senate passed legislation that would award members of the battalion, affectionately known as the Six Triple Eight, with the Congressional Gold Medal. 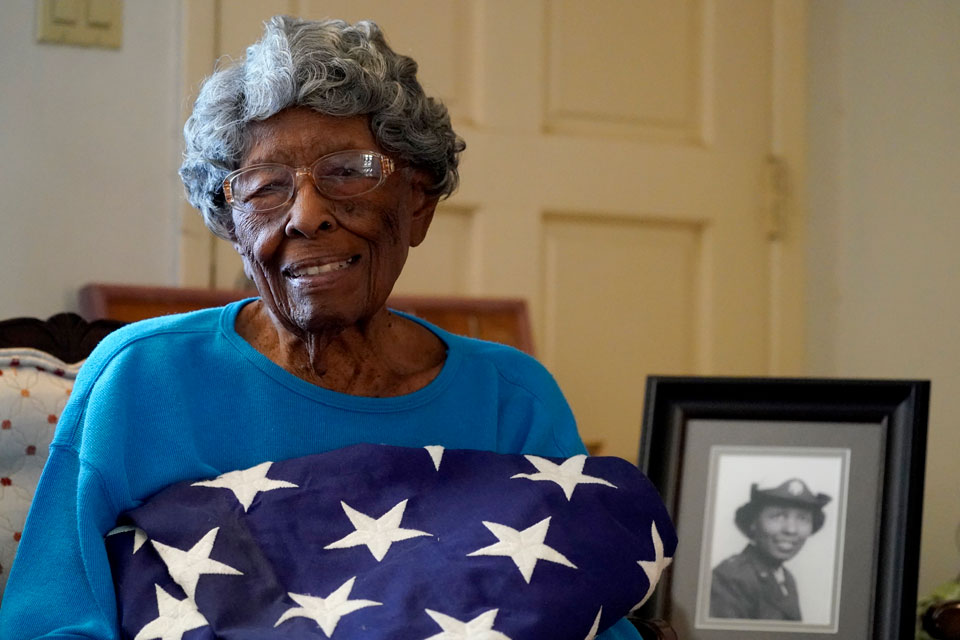 World War II veteran Maj. Fannie Griffin McClendon poses at her home, Thursday, June 10, 2021, in Tempe, Ariz. McClendon had a storied history as a member of the 6888th Central Postal Directory Battalion that made history as being the only all-female, black unit to serve in Europe during World War II. (AP Photo/Matt York)The bill is awaiting action in the House, but is already too late for most 6888 members. There are believed to be only seven surviving, including McClendon.

“Well, it would be nice but it never occurred to me that we would even qualify for it," McClendon said from her home in Tempe, Arizona.

The 6888th was sent overseas in 1945, a time when there was growing pressure from African-American organizations to include Black women in what was called the Women's Army Corps and allow them to join their white counterparts overseas.

“I think that the 6888th, the command inherently knew that their presence overseas meant more than clearing that mail backlog,” said Retired Army Col. Edna Cummings, who was not a member of the 6888th but has been advocating to get them greater recognition. “They were representing opportunity for their sisters at arms back in the United States who were having a hard time dealing with the racism and sexism within the ranks."

The unit dodged German U-boats on their way to England and scrambled to escape a German rocket once they reached a Glasgow port. 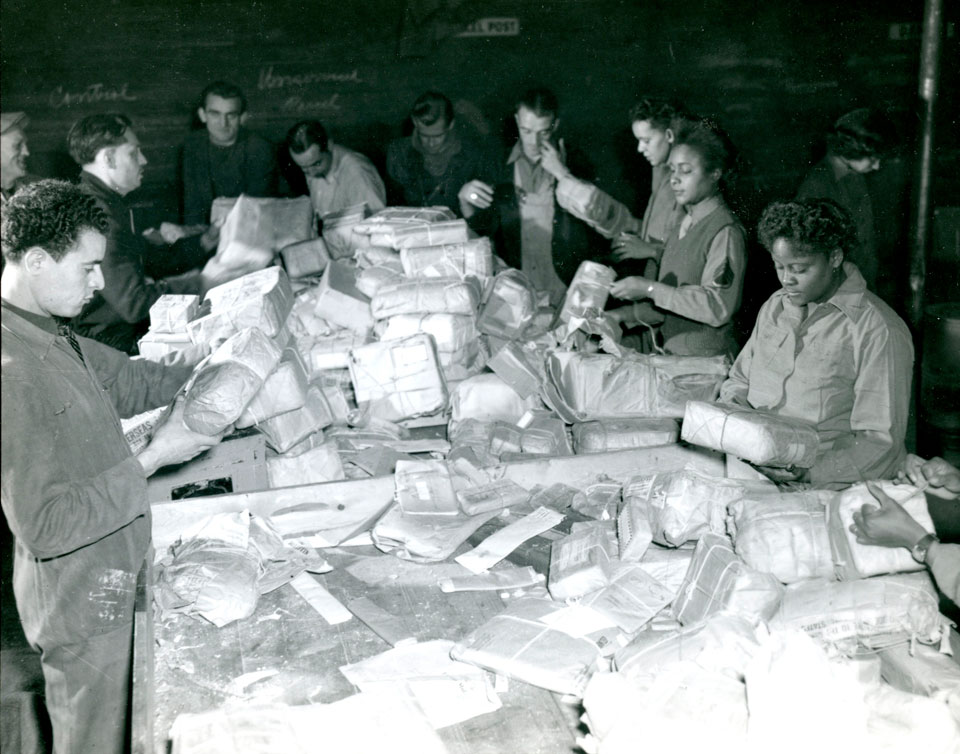 In this photo provided by the U.S. Army Women’s Museum, members of the 6888th battalion sort mail with French civilians in Rouen, France, in 1945. The Women's Army Corps battalion, which made history as the only all-female Black unit to serve in Europe during World War II, is set to be honored by Congress. (U.S. Army Women's Museum via AP)They were deployed to unheated, rat-infested airplane hangars in Birmingham, England, and given a daunting mission: Process the millions of pieces of undelivered mail for troops, government workers and Red Cross workers. The mountains of mail had piled up and troops were grumbling about lost letters and delayed care packages.

“They kept hollering about wanting us to go overseas so I guess they found something for us to do overseas: Take care of the mail,” McClendon said. “And there was an awful lot of mail. ... They expected we were gonna be there about two or three months trying to get it straightened out. Well I think in about a month, in a month and a half, we had it all straightened out and going in the right direction.”

The 6888th toiled around the clock, processing about 65,000 pieces of mail in each of the three shifts. They created a system using locator cards with a service member's name and unit number to ensure mail was delivered. Sometimes, they had to resort to detective work when a parcel only had a common name or a service member's nickname.

Despite their achievements, the unit endured questions and criticism from those who didn’t support Black women in the military.

Housing, mess halls and recreation facilities were segregated by race and sex, forcing them to set up all their own operations. The unit commander, Maj. Charity Adams, was also criticized by a general who threatened to give her command to a white officer. She reportedly responded: “Over my dead body, sir." 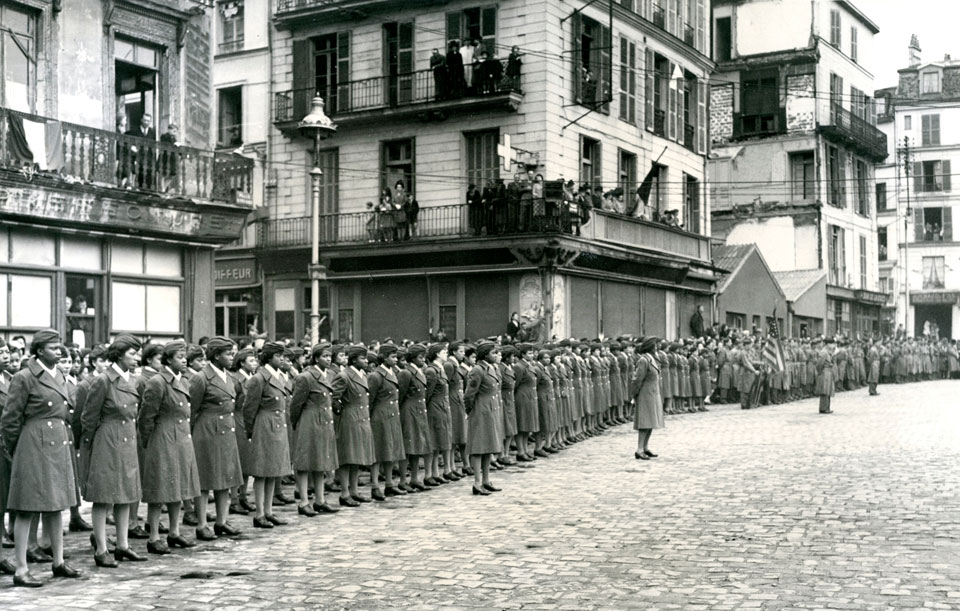 In this photo provided by the U.S. Army Women's Museum, members of the 6888th battalion stand in formation in Rouen, France, in 1945. The Women's Army Corps battalion, which made history as the only all-female Black unit to serve in Europe during World War II, is set to be honored by Congress. (U.S. Army Women's Museum via AP)They cleared out a backlog of about 17 million pieces of mail in three months — twice as fast as projected. The battalion would go on to serve in France before returning home. And like so many Black units during World War II, their exploits never got the attention afforded their white counterparts.

“It is sad to say. They came back to Jim Crow America,” Cummings said.

“Not only the 6888th but a lot of our minority soldiers who returned from the war were not recognized or appreciated until years later. The Tuskegee Airmen, Montford Point Marines. There are so many stories of units of color who were not recognized until decades after the war.”

Still, Cummings said the time overseas with the Army left a lasting impression on the women, many of whom dismantled barriers in their professional lives.

Elizabeth Barker Johnson was the first female to attend Winston-Salem State University in North Carolina on the GI Bill. She took part in the school's graduation ceremony at the age of 99 — 70 years after getting her degree.

McClendon joined the Air Force after the military was integrated and retired in 1971. She was the first female to command an all-male squadron with the Strategic Air Command. Another unit member, the late Doris Moore, became the first Black social worker in New Hampshire, her family said.

The unit's story has also started gaining wider recognition. A monument was erected in 2018 at Fort Leavenworth, Kansas, to honor them, and the 6888th was given the Meritorious Unit Commendation in 2019. A documentary “The Six Triple Eight” was made about their exploits. There is talk of a movie.

A bill would rename a Buffalo, New York, post office after the battalion's Indiana Hunt-Martin, who died last year.

And there is the push for the Congressional Gold Medal.

"These women were trailblazers, and it is past time that we officially recognize them for their incredible contribution to our troops during World War II,” said U.S. Sen. Maggie Hassan, a New Hampshire Democrat who co-sponsored the Senate bill.

Like McClendon, Moore's family said she would be honored but not enamored by the award. She rarely talked about her time with the 6888th when she was alive, preferring to let those achievements speak for themselves.

“She would have said, ‘This is an amazing, wonderful honor and I’m very proud to have served.’ Then she would have went on with her life,” said Moore's niece Elizabeth Pettiford, who grew up next door to Moore in Portsmouth, New Hampshire. “I just don’t think she would have made a huge thing about it because that was her personality. She kept a lot of things in.”