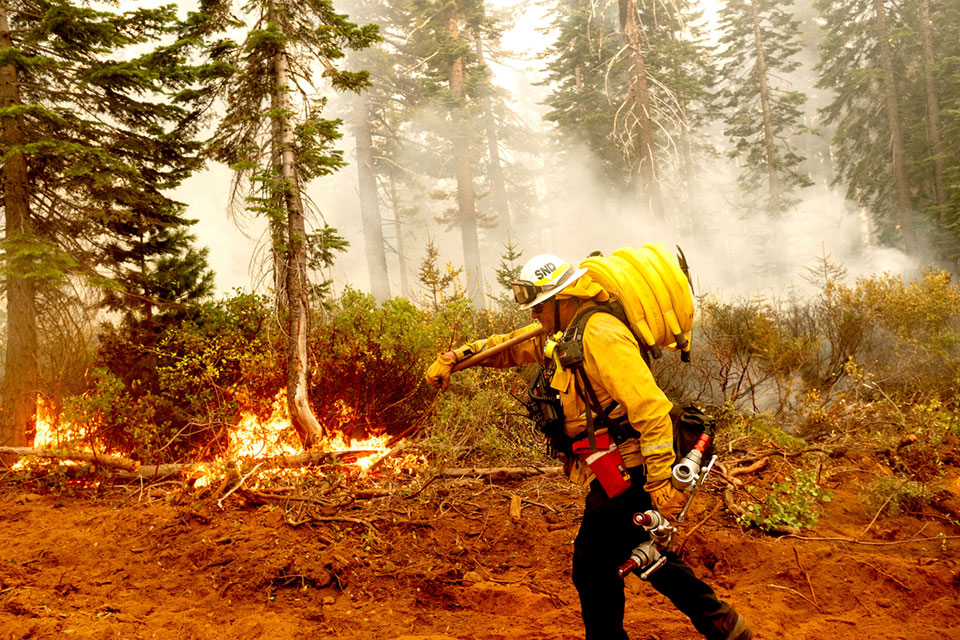 The Biden administration said Wednesday it is hiring more federal firefighters — and immediately raising their pay — as officials ramp up response efforts in the face of a severe drought that is setting the stage for another destructive summer of intense wildfires across the West.

President Joe Biden announced the moves during a virtual meeting with governors from Western states and as a huge swath of the Pacific Northwest endures one of the worst heat waves in recent memory.

“This is an area that has been under-resourced, but that’s going to change and we have to do it,″ Biden told the governors.

“We can’t cut corners when it comes to managing our wildfires or supporting our firefighters."

"Right now we have to act and act fast.″

Biden's plan would ensure that no one fighting wildland fires is making less than $15 per hour and would add or convert to full-time nearly 1,000 firefighters across a host of agencies.

“Because of climate change, wildland firefighting is no longer a seasonal endeavor,'' the White House said in a statement. “With fire seasons turning into fire years, it is imperative to have a year-round workforce that is available to respond at any time, that is supported and equitably compensated and is available to undertake preventive actions" such as cutting down small trees and brush that serve as fuel to fires that are increasing in size and intensity.

“Climate change is driving a dangerous confluence of extreme heat and prolonged drought,''

Biden has expressed dismay at the starting pay for federal firefighters, which is significantly lower than many local and state fire agencies. Pay for new federal firefighters typically starts at $11 per hour to $14 per hour and they are overtime eligible, according to the Interior Department. 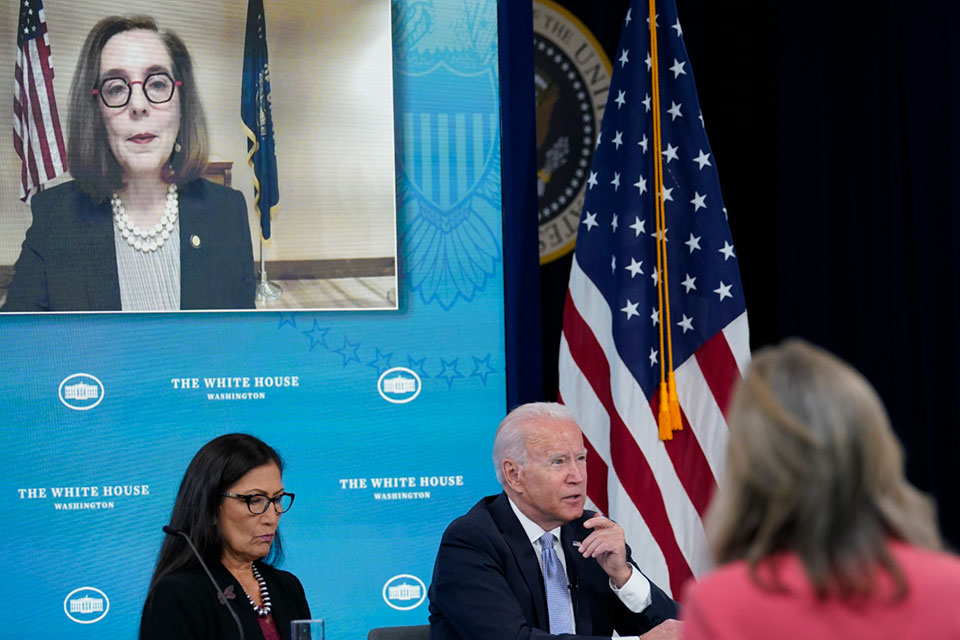 President Joe Biden, right, sitting next to Interior Secretary Deb Haaland, left, asks a question of Oregon Gov. Kate Brown, on screen, during an event in the South Court Auditorium on the White House complex in Washington, Wednesday, June 30, 2021, with cabinet officials and governors from Western states to discuss drought and wildfires. (AP Photo/Susan Walsh)

Newsom, a Democrat, said he was pleased to be working with the White House, rather than as “sparring partners,'' as he described his state's relationship with the Trump administration. “We were debating raking policies'' in forests, Newsom said, referring to comments by then-President Donald Trump that the state should “rake” its forests to reduce the risk of wildfires.

With climate change, the wildfire seasons are only to get worse, Newsom and other governors said. “The hots are getting hotter, the dries are getting drier,” Newsom said.

Two Republican governors, Greg Gianforte of Montana and Brad Little of Idaho, said they were disappointed not to receive an invitation to the White House meeting, which included six Democrats and two Republicans.

“No state in what it faces and how it responds is like another,” they wrote in a letter to Biden.

The meeting with the governors comes as the White House released a memo confirming its commitment to a clean energy standard, tax credits and 500,000 charging stations for electric vehicles, among other climate goals as officials pursue a two-track approach on infrastructure.

The memo responds to criticism from environmental groups and other progressives who are frustrated that many climate-related initiatives were cut out of a bipartisan infrastructure plan announced last week.

“We know more work needs to be done, which is why President Biden will continue championing,” the memo says, both the nearly $1 trillion bipartisan infrastructure bill and a separate, larger plan Biden and fellow Democrats aim to approve along party lines. 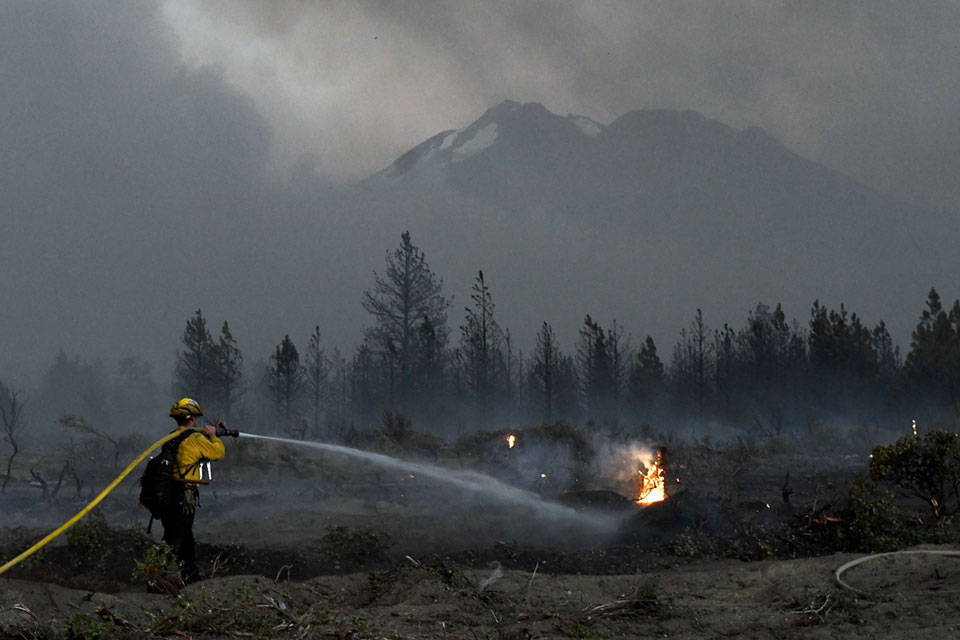 With Mount Shasta in the background, a firefighter cools down hot spots on Monday, June 28, 2021, after the Lava Fire swept through the area north of Weed, Calif. (Scott Stoddard/Grants Pass Daily Courier via AP)

On wildfires, administration officials have pledged to work with Congress to find a permanent fix to increase firefighter pay and convert more seasonal wildland firefighters to year-round workers as fires have grown more severe.

The U.S. Forest Service and Interior Department combine to employ about 15,000 firefighters. Roughly 70% are full time and 30% are seasonal. Those figures used to be reversed, but have changed as fire seasons have grown longer and more severe.