US Hitting Encouraging Milestones on Virus Deaths and Shots 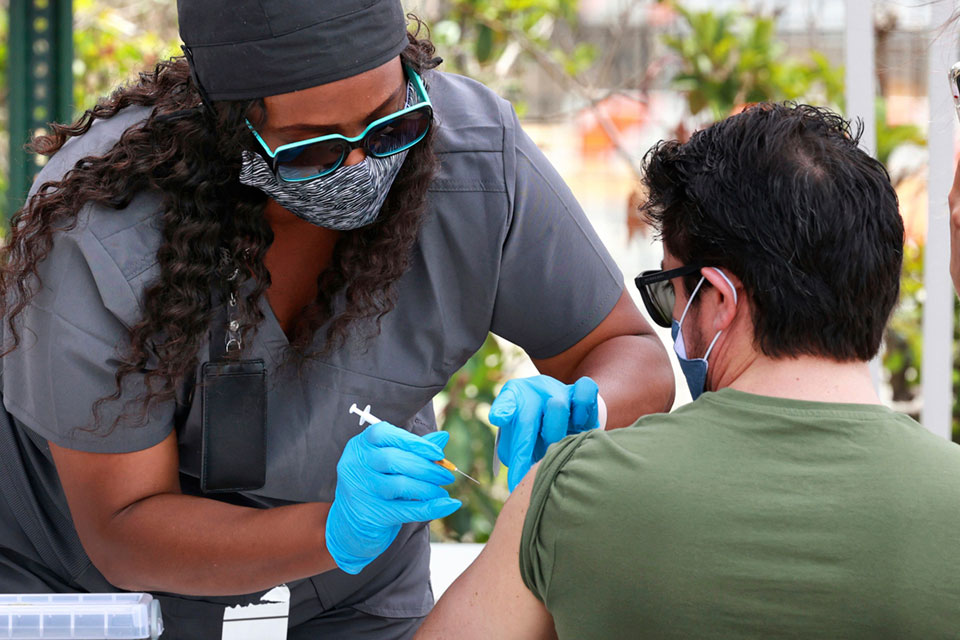 COVID-19 deaths in the U.S. have dipped below 300 a day for the first time since the early days of the disaster in March 2020, while the drive to put shots in arms approached another encouraging milestone Monday: 150 million Americans fully vaccinated.

The coronavirus was the third leading cause of death in the U.S. in 2020, behind heart disease and cancer, according to the Centers for Disease Control and Prevention. But now, as the outbreak loosens its grip, it has fallen down the list of the biggest killers.

CDC data suggests that more Americans are dying every day from accidents, chronic lower respiratory diseases, strokes or Alzheimer’s disease than from COVID-19.

Numbers are down, but the risk is not

The U.S. death toll stands at more than 600,000, while the worldwide count is close to 3.9 million, though the real figures in both cases are believed to be markedly higher.

About 45% of the U.S. population has been fully vaccinated, according to the CDC. Over 53% of Americans have received at least one dose of vaccine. But U.S. demand for shots has slumped, to the disappointment of public health experts.

Dr. Ana Diez Roux, dean of Drexel University’s school of public health, said the dropping rates of infections and deaths are cause for celebration. But she cautioned that the virus still has a chance to spread and mutate given the low vaccination rates in some states, including Mississippi, Louisiana, Alabama, Wyoming and Idaho.

“So far it looks like the vaccines we have are effective against the variants that are circulating,” Diez Roux said. “But the more time the virus is jumping from person to person, the more time there is for variants to develop, and some of those could be more dangerous.” 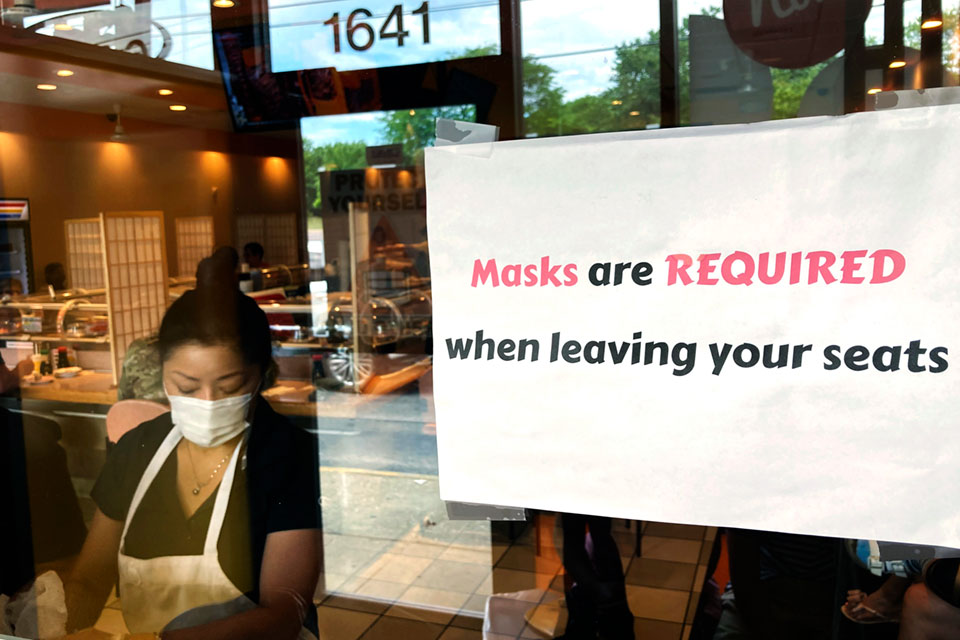 FILE - In this June 17, 2021, file photo, a sign is displayed at a restaurant in Rolling Meadows, Ill. COVID-19 deaths in the U.S. have dipped below 300 a day for the first time since the early days of the disaster in March 2020, while the number of Americans fully vaccinated has reached about 150 million. (AP Photo/Nam Y. Huh, File)

New cases are running at about 11,400 a day on average, down from over a quarter-million per day in early January. Average deaths per day are down to about 293, according to Johns Hopkins University, after topping out at over 3,400 in mid-January.

In New York, which suffered mightily in the spring of 2020, Gov. Andrew Cuomo tweeted on Monday that the state had 10 new deaths. At the height of the outbreak in the state, nearly 800 people a day were dying from the coronavirus.

Some states are faring worse than others. Missouri leads the nation in per-capita COVID-19 cases and is fourth behind California, Florida and Texas in the number of new cases per day over the past week despite its significantly smaller population.

The fall will bring new waves of infection, but they will be less severe and concentrated more in places with low vaccination rates, said Amber D’Souza, a professor of epidemiology at the Johns Hopkins Bloomberg School of Public Health.

“Anyone who is not vaccinated can become infected and transmit the virus.”

Meanwhile, because of regulatory hurdles and other factors, President Joe Biden is expected to fall short of his commitment to share 80 million vaccine doses with the rest of the world by the end of June, officials said Monday.