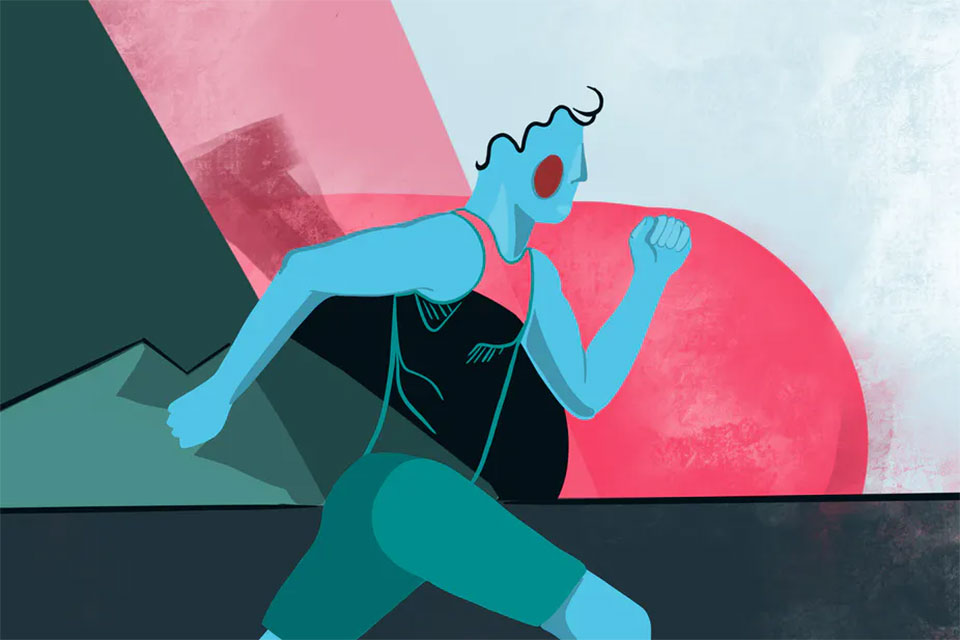 In a majority of U.S. states, bills aiming to restrict who can compete in women’s sports at public institutions have either been signed into law or are working their way through state legislatures.

Caught up in this political point-scoring are real people – both trans athletes who want to participate in competitive sports and those competing against them.

As a professor of ethics and public policy, I spend much of my time thinking about the role of the law in protecting the rights of individuals, especially when the rights of some people appear to conflict with the rights of others.

How to accommodate transgender athletes in competitive sports – or whether they should be accommodated at all – has become one of these conflicts.

On one side are transgender athletes who want to compete in the gender division with which they identify. On the other are political activists and athletes – especially biologically female athletes – who believe that allowing trans athletes to compete in women’s divisions is inherently unfair.

So why is this issue so fraught? What’s so special about women’s sports? Why do women’s divisions even exist? And is it possible to protect women’s sports while still finding a way to allow transgender athletes to compete in a meaningful way?

Let’s be clear: Few Americans would care about how to best accommodate transgender athletes if they were not winning events.

But that’s exactly what has happened. In 2017 and 2018, Terry Miller, a trans woman, won the Connecticut women’s high school track championships in the 55-meter, 100-meter, 200-meter and 300-meter events. Her closest and only real competitor those two years was Andraya Yearwood, who is also a trans woman.

In 2017 and 2018, Mack Beggs, a trans man, dominated the Texas 6A 110-pound girls wrestling division, capturing two state championships while compiling a record of 89 wins and 0 losses. Unlike in Connecticut, where athletes may compete as they identify, athletes in Texas must compete in the gender listed on their birth certificate.

While Miller, Yearwood, Beggs and others have triumphed in their respective sports, the number of transgender high school athletes is very low. Nor is there any evidence that athletes have transitioned for the purpose of gaining a competitive advantage. 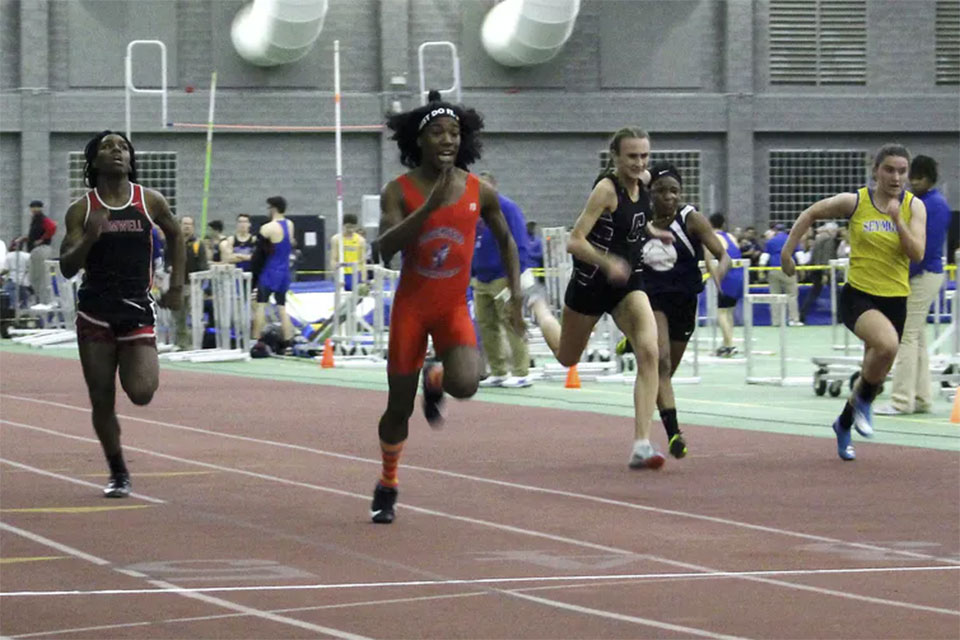 Yet some legislators have latched onto these examples, using them as a basis for bills that ban all transgender teens from participating in gendered divisions that differ from their birth sex. But these bills don’t solve the competitive imbalances that can occur with athletes like Beggs. Worse, they might prevent transgender teens from competing altogether.

Since studies have shown that kids who participate meaningfully in athletics have better mental and physical health than their peers who don’t – and teens who identify as transgender are at a significantly greater mental health risk than their peers – it’s a worthy goal to try to accommodate their desire to compete.

Youth sports organizations exist because we don’t believe kids should compete against adults, and kids are further separated by age because age, for children, is a reasonably good proxy for skill and ability. Organizations like the Special Olympics and Paralympics exist to provide opportunities for people with physical and mental disabilities to participate meaningfully and compete against people with similar skill sets.

Male and female athletes are separated for the same reason.

The rise of women’s sports

In 1972, the U.S. Congress extended Title IX of the Educational Amendments to the 1964 Civil Rights Act to prohibit discrimination in all federally funded education programs, including their associated athletics programs. 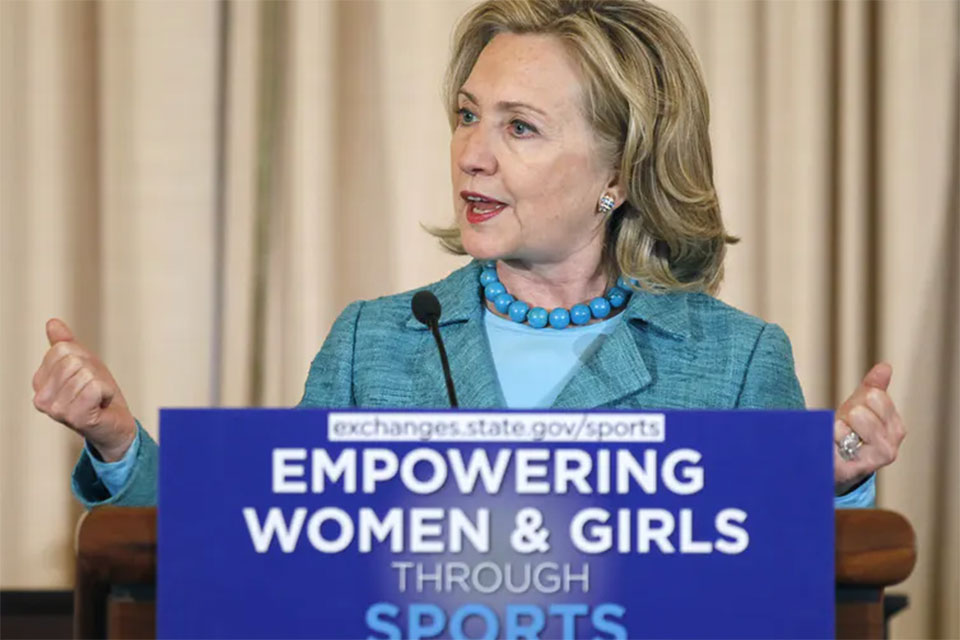 Secretary of State Hillary Clinton speaks at an event celebrating the 40th anniversary of Title IX in 2011. AP Photo/Alex Brandon

Separating athletes by biological sex is necessary because the gap between the best male and female athletes – at all levels – is dramatic.

Serena Williams is not only one of the best female tennis players in history, she’s one of the best female athletes in history. In 1998, both Serena and her sister Venus famously claimed that no male ranked outside of the ATP Top 200 could beat them. Karsten Braasch, the 203rd-ranked player ATP player at the time, challenged each to a set. Braasch beat Serena 6-1 and Venus 6-2.

“I didn’t know it would be that difficult,” Serena said after the match.

“I played shots that would have been winners on the women’s circuit, and he got to them very easily.”

At the 2019 New Balance Nationals Outdoor, the national track championship for U.S. high school students, Joseph Fahnbulleh of Minnesota won the men’s 100-meter with a time of 10.35 seconds. That same year, Olympic Gold Medal winner Shelly-Ann Fraser-Pryce ran the fastest 100-meter time of any female in the world – 10.71 seconds. Her time would have tied for 19th at that U.S. boys high school event.

As a seventh grader, Pilaro made the school’s JV team. As an eighth grader, he made the varsity team. But players and coaches from other schools argued he had a significant advantage because he was a boy. During the summer before his ninth grade year, the league agreed. It ruled Pilaro could no longer participate because his “advanced field hockey skills” had “adversely affected the opportunities of females.”

I point to these examples because, put together, they show that no fitness regimen, no amount of practice, and no reallocation of financial resources could allow the best female athletes at any level to compete against the best male athletes at that same level.

This advantage isn’t simply a difference in degree – it’s not just that male athletes are bigger, faster and stronger – but it’s a difference in kind. Pound for pound, male bodies are more athletic.

So, how can we allow trans athletes to compete without giving them an unfair advantage over their competitors?

One proposed solution, as if taken from the pages of novelist Kurt Vonnegut’s “Harrison Bergeron,” is testosterone-based handicapping for events. Competitors would have their testosterone levels measured and then algorithms would determine their advantage. Then, competitors would be fitted with weighted clothes, compete on a different track or otherwise receive an appropriate handicap before competing.

But having a higher level of testosterone does not automatically make you a better athlete. Beyond this, while handicapping may be fine for a golf outing with friends, it isn’t appropriate for serious athletic contests. The point of athletic competitions is to determine who is actually the best, not who is the best relative to handicaps.

Another proposed solution entails replacing gender divisions entirely with ability-level divisions. Yet this could hinder women’s participation in sports. In a world with no female-only divisions, Serena Williams would still win some tennis tournaments, but they likely wouldn’t be tournaments you’ve heard of. 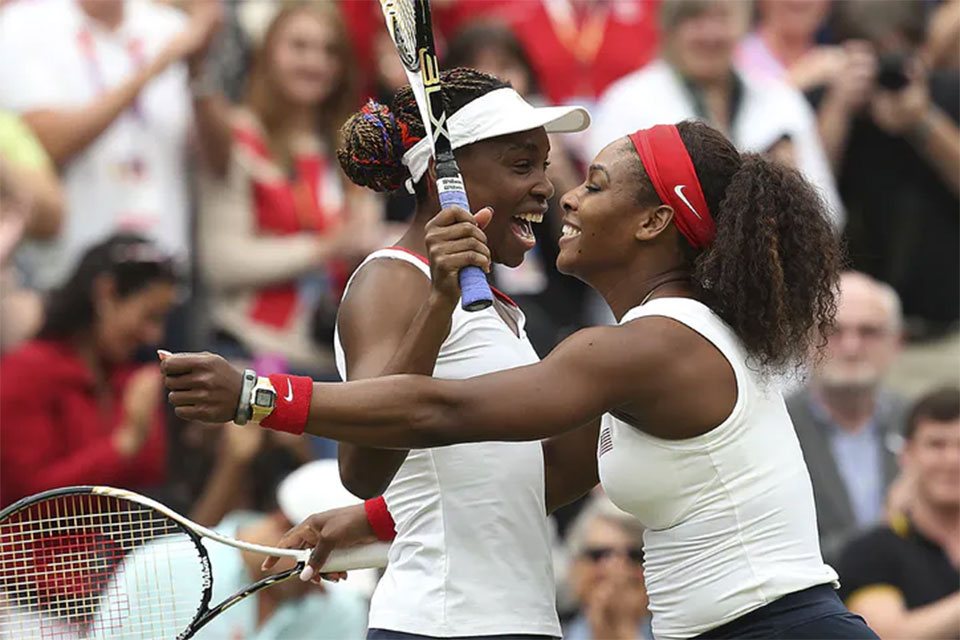 Would Serena and Venus Williams be household names if there weren’t female-only divisions? Robert Gauthier/Los Angeles Times via Getty Images

So what’s the most viable solution to this debate?

Instead, language similar to the Equal Employment Opportunity Commission’s disability accommodation policy could be used for transgender athletes: “The decision as to the appropriate accommodation must be based on the particular facts of each case.”

“Men’s” divisions could be eliminated and replaced with “open” divisions. Any athlete could be allowed to compete in that division.

Then, transgender athletes could be evaluated on a case-by-case basis. Based on their athletic ability, a tournament organizer could determine which division is most fair for them to compete in, “women’s” or “open.”

For trans women athletes, at issue is their athletic ability, not their womanhood. If a tournament organizer determines that a trans woman athlete is too good to compete against other women because of her biological advantage, requiring her to compete in an “open” division does not undermine her humanity.

Instead, this acknowledges – and takes seriously – that she identifies as a woman, but that respect for the principles of fair competition requires that she not be allowed to compete in the women’s division.

While whatever decision is made is unlikely to make all competitors happy, this approach seems to be the most fair and feasible given the relatively small number of transgender athletes and the unique circumstances of each athlete.