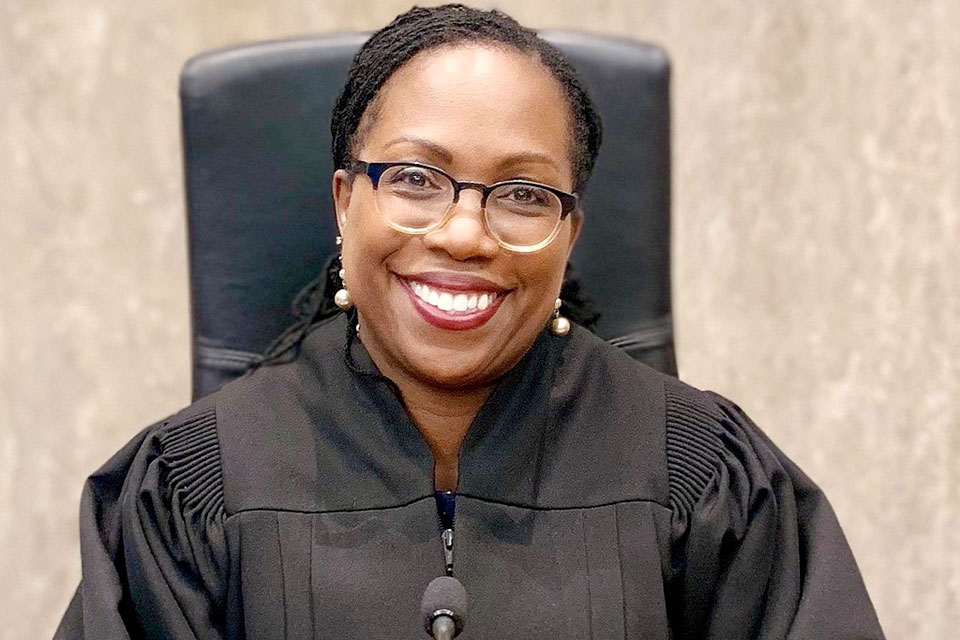 The U.S. Senate on Monday, June 14, confirmed Judge Ketanji Brown Jackson to the United States Court of Appeals for the District of Columbia.

President Joe Biden nominated Judge Jackson to fill one of the vacancies on the District appellate court, considered one of the most powerful courts in the nation.

Most view the U.S. Court of Appeals for the District of Columbia as a kind of farm system for Supreme Court justices.

President Biden stated his desire to fill any Supreme Court vacancy with a woman of color throughout his campaign.

Judge Jackson’s nomination cleared the Senate with a 53-44 vote.

“I think she’s qualified for the job,” Graham conceded, noting that “she has a different philosophy than I do.”

Rejoice for the new voice

Since 2013, Judge Jackson has served on the U.S. District Court for the District of Columbia, where she has written more than 550 opinions.

A 2013 nominee to the U.S. District Court for the District of Columbia, Judge Jackson previously served as an assistant federal public defender, and vice chair for the U.S. Sentencing Commission.

“We applaud the Senate’s confirmation of Judge Ketanji Brown Jackson to the U.S. Court of Appeals for the D.C. Circuit,” stated Damon Hewitt, president and executive director of the Lawyers’ Committee for Civil Rights Under Law.

“Her extensive litigation experience, service as a federal public defender, and distinguished career as a judge on the U.S. District Court for the District of Columbia make her preeminently qualified for this position.”

Hewitt continued: “Judge Jackson, who has clerked at every level of the federal judiciary and is a champion for justice, will be an excellent addition to what is considered the nation’s second-highest court.

“For too long, the Senate has gone without confirming Black women to the federal appellate bench."

"The Biden administration’s commitment to appointing fair-minded jurists committed to equal justice and the rule of law, and who represent the rich racial and ethnic diversity of America, is a welcome departure from the past four years and signals a brighter future for our nation.

”Judge Jackson fills the seat of Merrick Garland, who now serves as U.S. Attorney General.With Republicans controlling the Senate at the time and Mitch McConnell (R-Kentucky) serving as Majority Leader, the chamber declined to consider Garland’s nomination by President Obama to the Supreme Court.

Under President Trump, McConnell and Republicans confirmed two Supreme Court nominees, including one pick just weeks before Trump lost to Biden in the November election.

“I’m methodically and intentionally setting aside personal views, any other inappropriate considerations, and I would think that race would be the kind of thing that would be inappropriate to inject into my evaluation of a case,” Judge Jackson told senators during her confirmation hearing.

“I’ve experienced life in perhaps a different way than some of my colleagues because of who I am, and that might be valuable – I hope it would be valuable – if I was confirmed to the court.”