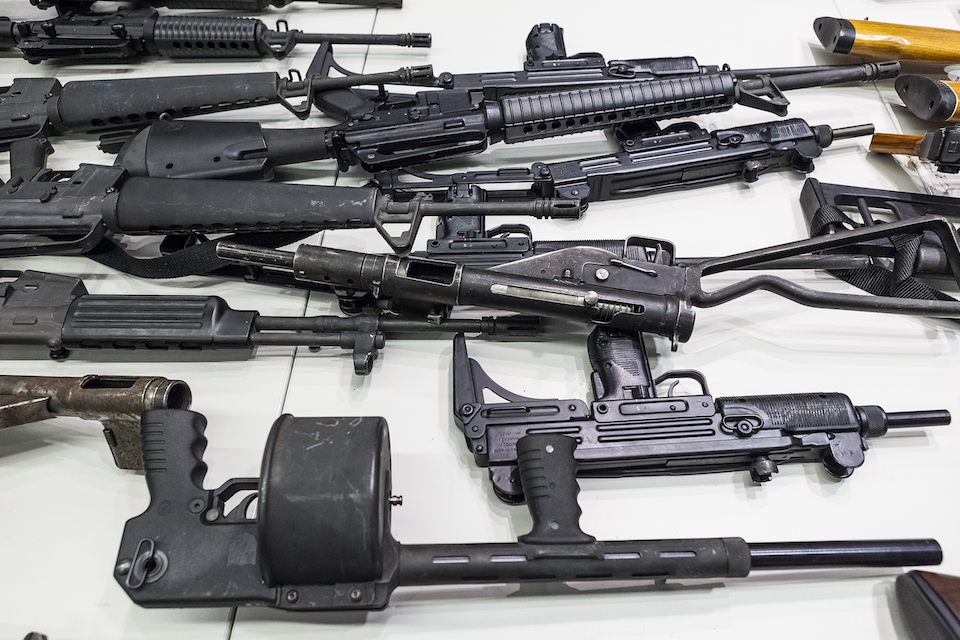 U.S. District Judge Roger Benitez of San Diego ruled on Friday that the state’s definition of illegal military-style rifles unlawfully deprives law-abiding Californians of weapons commonly allowed in most other states and by the U.S. Supreme Court.

“Under no level of heightened scrutiny can the law survive," Benitez said. He issued a permanent injunction against enforcement of the law but stayed it for 30 days to give state Attorney General Rob Bonta time to appeal.

A threat to lives

Gov. Gavin Newsom condemned the decision, calling it “a direct threat to public safety and the lives of innocent Californians, period."

In his 94-page ruling, the judge spoke favorably of modern weapons and said they were overwhelmingly used for legal reasons.

“Like the Swiss Army knife, the popular AR-15 rifle is a perfect combination of home defense weapon and homeland defense equipment. Good for both home and battle," the judge said in his ruling's introduction.

That comparison “completely undermines the credibility of this decision and is a slap in the face to the families who’ve lost loved ones to this weapon," Newsom said in a statement. “We’re not backing down from this fight, and we’ll continue pushing for common sense gun laws that will save lives.”

Bonta called the ruling flawed and said it will be appealed.

California first restricted assault weapons in 1989, with multiple updates to the law since then.

Assault weapons as defined by the law are more dangerous than other firearms and are disproportionately used in crimes, mass shootings and against law enforcement, with more resulting casualties, the state attorney general’s office argued, and barring them “furthers the state’s important public safety interests.”

A surge in sales of more than 1.16 million other types of pistols, rifles and shotguns in the last year — more than a third of them to likely first-time buyers — show that the assault weapons ban “has not prevented law-abiding citizens in the state from acquiring a range of firearms for lawful purposes, including self-defense,” the state contended in a court filing in March.

Similar assault weapon restrictions have previously been upheld by six other federal district and appeals courts, the state argued.

Overturning the ban would allow not only assault rifles, but things like assault shotguns and assault pistols, state officials said.

“This case is not about extraordinary weapons lying at the outer limits of Second Amendment protection. The banned ‘assault weapons’ are not bazookas, howitzers, or machine guns. Those arms are dangerous and solely useful for military purposes," his ruling said.

The judge said despite California's ban, there currently are an estimated 185,569 assault weapons registered with the state.

They were grandfathered in before California's evolving definition of an assault weapon.

“This is an average case about average guns used in average ways for average purposes," the ruling said. “One is to be forgiven if one is persuaded by news media and others that the nation is awash with murderous AR-15 assault rifles. The facts, however, do not support this hyperbole, and facts matter."

“In California, murder by knife occurs seven times more often than murder by rifle," he added.

He also called the ban “a continuing failed experiment which does not achieve its objectives of preventing mass shootings or attacks on law enforcement officers.”

In a preliminary ruling in September, Benitez said California’s complicated legal definition of assault weapons can ensnare otherwise law-abiding gun owners with criminal penalties that among other things can strip them of their Second Amendment right to own firearms.

"The burden on the core Second Amendment right, if any, is minimal,” the state argued, because the weapons can still be used — just not with the modifications that turn them into assault weapons.

Modifications like a shorter barrel or collapsible stock make them more concealable, state officials said, while things like a pistol grip or thumbhole grip make them more lethal by improving their accuracy as they are fired rapidly.

The lawsuit filed by the San Diego County Gun Owners Political Action Committee, California Gun Rights Foundation, Second Amendment Foundation and Firearms Policy Coalition is among several by gun advocacy groups challenging California’s firearms laws, which are among the strictest in the nation.

It was filed on behalf of gun owners who want to use high-capacity magazines in their legal rifles or pistols, but said they can’t because doing so would turn them into illegal assault weapons under California law. Unlike military weapons, the semi-automatic rifles fire one bullet each time the trigger is pulled, and the plaintiffs say they are legal in 41 states.

The lawsuit said California is “one of only a small handful states to ban many of the most popular semiautomatic firearms in the nation because they possess one or more common characteristics, such as pistol grips and threaded barrels,” frequently but not exclusively along with detachable ammunition magazines.

Brandon Combs, the president of the Firearms Policy Coalition, said in a statement that the ruling “held what millions of Americans already know to be true: Bans on so-called ‘assault weapons’ are unconstitutional and cannot stand.”

An 'alarming and insulting' ruling

A gun control advocacy group called the judge's ruling alarming and “especially insulting” because it was handed down on National Gun Violence Awareness Day.

“Too many families across the nation have lost loved ones in shootings carried out with assault weapons. They can attest to the reality that these weapons are not like ‘Swiss Army knives’ nor are mass shootings only a ‘very small’ problem,” said Robyn Thomas, executive director of the Giffords Law Center to Prevent Gun Violence, a group led by Gabrielle Giffords, the former congresswoman from Arizona who was shot and wounded in a mass shooting 10 years ago.

The state is appealing Benitez’s 2017 ruling against the state’s nearly two-decade-old ban on the sales and purchases of magazines holding more than 10 bullets. That decision triggered a weeklong buying spree before the judge halted sales during the appeal. It was upheld in August by a three-judge appellate panel, but the 9th U.S. Circuit Court of Appeals said in March that an 11-member panel will rehear the case.

The state also is appealing Benitez’s decision in April 2020 blocking a 2019 California law requiring background checks for anyone buying ammunition.

Both of those measures were championed by Newsom when he was lieutenant governor, and they were backed by voters in a 2016 ballot measure.