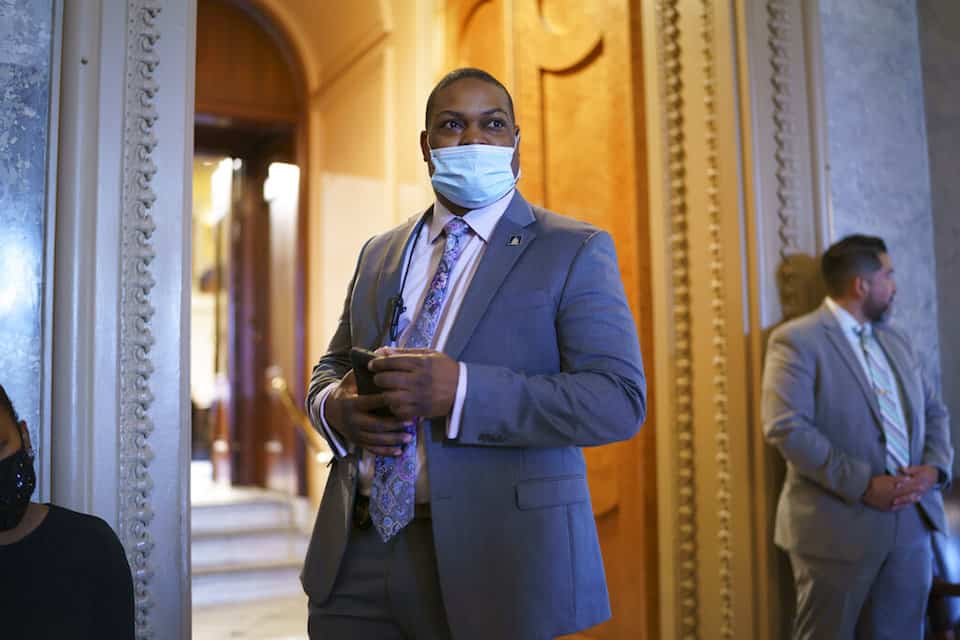 WASHINGTON (AP) — Senate Republicans on Friday blocked creation of a bipartisan panel to investigate the deadly Jan. 6 attack on the Capitol, displaying continuing party loyalty to former President Donald Trump and firm determination to shift the political focus away from the violent insurrection by his GOP supporters.

The Senate vote was 54-35 — six short of the 60 needed — to take up a House-passed bill that would have formed an independent 10-member commission evenly split between the two parties.

It came a day after emotional appeals for the commission from police who fought the mob, the family of an officer who died and lawmakers in both parties who fled Capitol chambers in the worst attack on the building in two centuries.

Investigation will move forward in committees

The Republicans were mostly but not totally united: Six voted with Democrats to move forward. Eleven senators — nine Republicans and two Democrats — missed the vote, an unusually high number of absentees for one of the highest-profile votes of the year.

At least one of the missing Republicans would have voted in favor of considering the commission, according to his office.

The GOP opposition means that questions about who should bear responsibility for the attack could continue to be filtered through a partisan lens — in congressional committees — rather than addressed by an outside, independent panel modeled after the commission that investigated the Sept. 11, 2001, terror attacks.

The vote was in part a GOP attempt to placate Trump, or avoid his reprisals, as he has kept a firm hold on the party since his defeat by Democrat Joe Biden.

The former president told his supporters to “fight like hell” to overturn his defeat before the siege and continues to falsely say he won the election — claims shouted by his supporters as they stormed the building. Trump called the commission legislation a “Democrat trap.”

Friday’s vote — the first successful use of a Senate filibuster in the Biden presidency — was emblematic of the profound mistrust between the two parties since the siege, especially among Republicans, with some in the party downplaying the violence and defending the rioters.

The vote also is likely to galvanize Democratic pressure to do away with the filibuster, a time-honored procedure typically used to kill major legislation. It requires 60 votes to move ahead, rather than a simple majority in the 100-member Senate.

With the Senate evenly split 50-50, Democrats needed support from 10 Republicans to move to the commission bill.

Democrats "will find the truth"

Speaking to his Republican colleagues, Senate Democratic leader Chuck Schumer said after the vote they were “trying to sweep the horrors of that day under the rug” out of “fear or fealty” to Trump.

He left open the possibility of another vote in the future on establishing a bipartisan commission, declaring, “The events of Jan. 6 will be investigated.”

Though the bill to form the commission passed the House earlier this month with the support of almost three dozen Republicans, most GOP senators said they believed the bipartisan panel would eventually be used against them politically.

While initially saying he was open to the idea, Senate Republican leader Mitch McConnell turned firmly against it in recent days, arguing that the panel’s investigation would be partisan despite the even split among party members.

McConnell, who once said Trump was responsible for provoking the mob attack on the Capitol, said dismissively of Democrats, “They’d like to continue to litigate the former president, into the future.”

Still, six in McConnell's caucus defied him, arguing that an independent look was needed, and Pennsylvania's Pat Toomey would have brought the total to seven but for a family commitment, his office said.

In addition to Cassidy, the Republicans who voted to move forward were Lisa Murkowski of Alaska, Susan Collins of Maine, Ben Sasse of Nebraska, Rob Portman of Ohio and Mitt Romney of Utah.

Murkowski said Thursday evening that she needed to know more about what happened before and on the day of the attack, and why.

“Truth is hard stuff, but we’ve got a responsibility to it,” she said. “We just can’t pretend that nothing bad happened, or that people just got too excitable. Something bad happened. And it’s important to lay that out.”

Some Republican colleagues strongly disagree, defending the rioters who supported Trump and his false insistence that the election was stolen from him.

House Republican, Rep. Andrew Clyde (R-GA), said this month that one video of the insurrection looked like “a normal tourist visit.”

In reality, the attack was the worst on the Capitol in 200 years.

The protesters interrupted the certification of Biden’s win over Trump, constructed a mock gallows in front of the Capitol and called for the hanging of Vice President Mike Pence, who was overseeing the proceedings inside. Lawmakers hid on the floor of the House balcony as the rioters tried to break in, and senators evacuated their chamber mere minutes before it was ransacked.

Four of the protesters died that day, including a woman who was shot and killed by police as she tried to break into the House chamber. Dozens of police officers were injured, and two took their own lives in the days afterward.

Capitol Police Officer Brian Sicknick collapsed and died after engaging with the rioters, and video showed two men spraying Sicknick and another officer with a chemical. The Washington medical examiner said he suffered a stroke and died from natural causes.

Senate Democrats angrily questioned how the Republicans could vote against an independent investigation.

“An insurrection without consequences — without even a proper investigation — is a dress rehearsal for another insurrection,” said Illinois Sen. Dick Durbin, the No. 2 Democrat in Congress. “When the Capitol police, who protect us with their lives, ask for this commission, we are ingrates to refuse.”

The Republicans' political arguments over the violent siege — which is still raw for many in the Capitol, almost five months later — have frustrated not only the Democrats and some of their Republican colleagues but also those who fought off the rioters. Sicknick’s mother, girlfriend and two police officers who battled the rioters alongside him went office to office and asked Republicans to support the commission.

In between meetings with Republican senators, he said a commission is “necessary for us to heal as a nation from the trauma that we all experienced that day.” Fanone has described being dragged down the Capitol steps by rioters who shocked him with a stun gun and beat him.

In interview on CNN after the vote, she asked of the Republicans: “What kind of country do they want?”