"The Foundation of the Wealth:" Why Black Wall Street Boomed 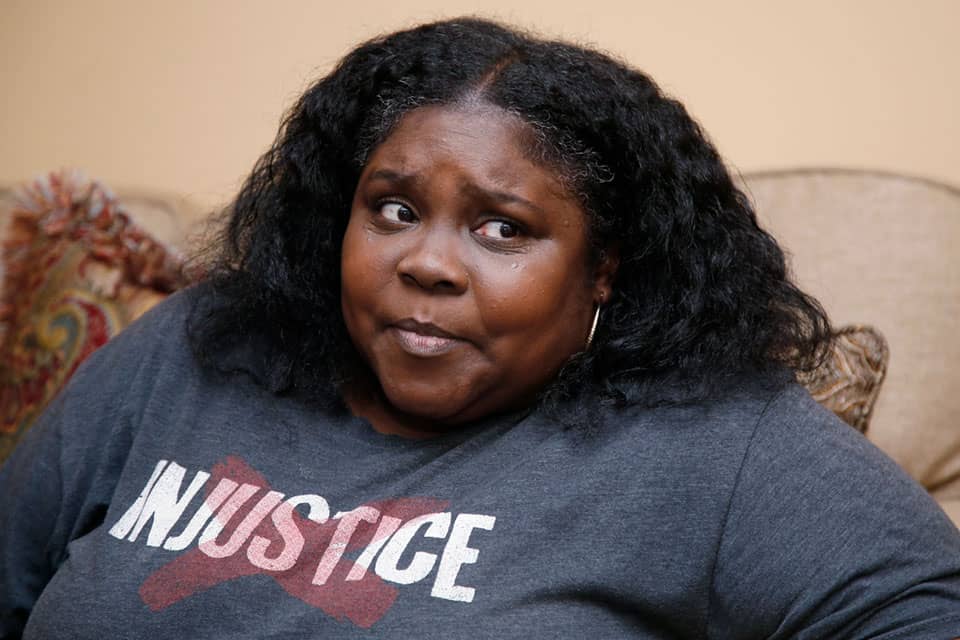 TULSA, Okla. (AP) — In a century-old family story about a teenage aunt who liked to drive her luxury car down the trolley tracks of Tulsa, Kristi Williams still savors a tiny, lingering taste of how different life could have been for all Black Americans after slavery.

On Monday, Tulsans commemorate the 100th anniversary of a two-day assault by armed white men on Tulsa's prosperous Black community of Greenwood, known around the country as Black Wall Street, calling attention to an era of deadly mob assaults on Black communities that official history long suppressed.

But Williams, and other descendants of the freed Black people enslaved by Native American nations who once owned much of the land under Tulsa, say there's another part of Black Wall Street's history that more Americans need to know about. 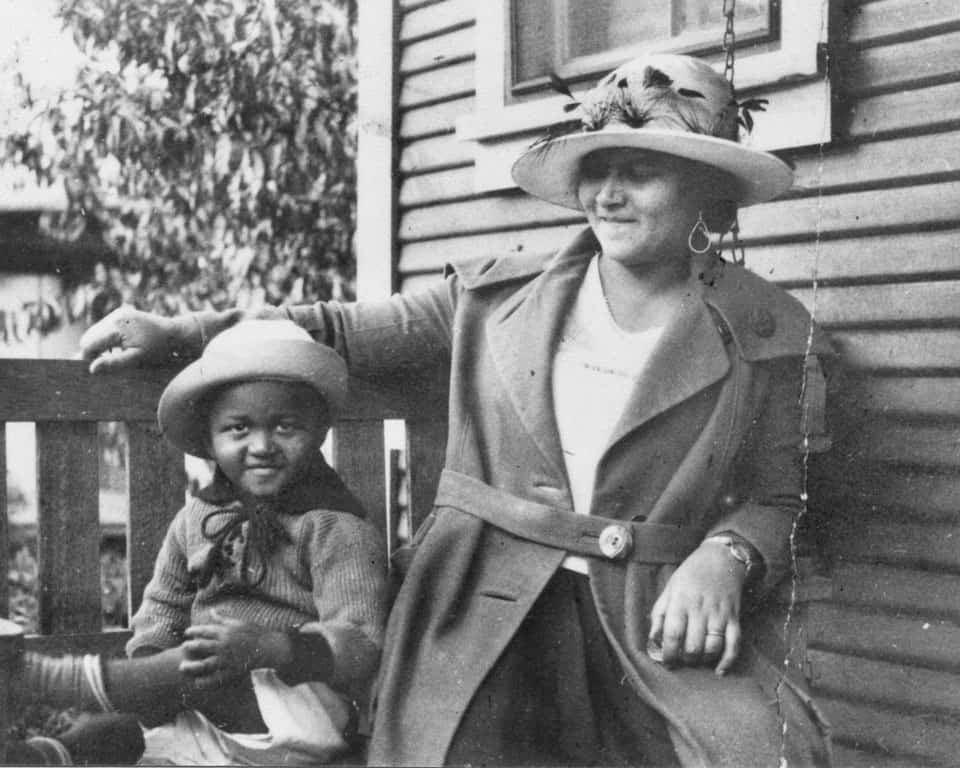 That bit of the story: where much of the seed money that made Black Wall Street boom came from. 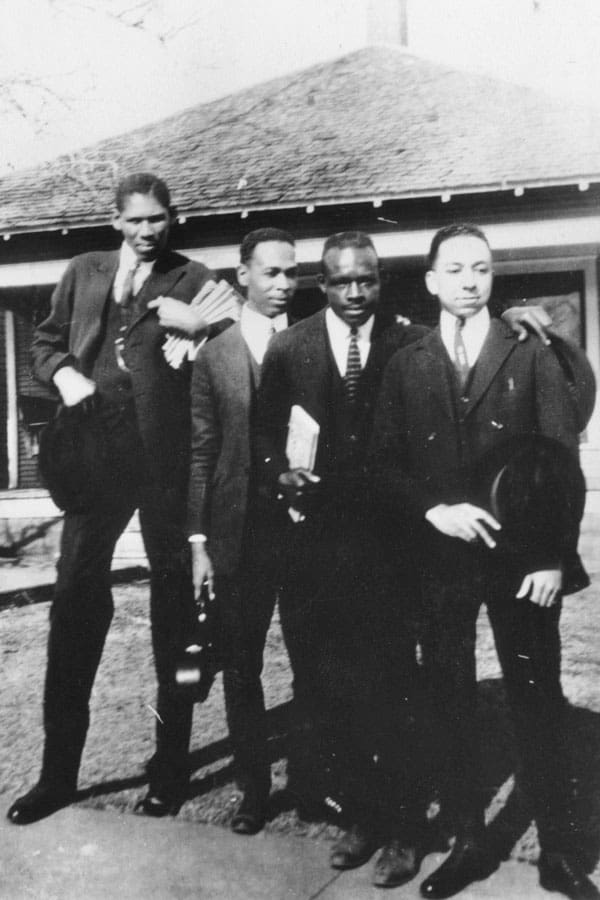 "And that was huge — a great opportunity and you’re thinking this is going to last for generations to come. I can leave my children this land, and they can leave their children this land,” recounts Williams, whose ancestor went from enslaved laborer to judge of the Muscogee Creek tribal Supreme Court after slavery.

In fact, Alaina E. Roberts, an assistant professor at the University of Pittsburgh, writes in her book "I’ve Been Here All the While: Black Freedom on Native Land,” the freed slaves of five Native American nations “became the only people of African descent in the world to receive what might be viewed as reparations for their enslavement on a large scale.”

Why that happened in the territory that became Oklahoma, and not the rest of the slaveholding South: The U.S. government enforced stricter terms for reconstruction on the slave-owning American Indian nations that had fully or partially allied with the Confederacy than it had on Southern states.

By 1860, about 14% of the total population of that tribal territory of the future state of Oklahoma were Black people enslaved by tribal members. After the Civil War, the Black tribal Freedmen held millions of acres in common with other tribal members and later in large individual allotments.

The difference that made is “incalculable,” Roberts said in an interview.

“Allotments really gave them an upward mobility that other Black people did not have in most of the United States.”

The financial stability allowed Black Native American Freedmen to start businesses, farms and ranches, and helped give rise to Black Wall Street and thriving Black communities in the future state of Oklahoma. The prosperity of those communities — many long since vanished —“attracted Black African Americans from the South, built them up as a Black mecca,” Roberts says. Black Wall Street alone had roughly 200 businesses.

Meeting the Black tribal Freedmen in the thriving Black city of Boley in 1905, Booker T. Washington wrote admiringly of a community “which shall demonstrate the right of the negro, not merely as an individual, but as a race, to have a worthy and permanent place in the civilization that the American people are creating.”

And while some tribes reputedly gave their Black members some of the worst, rockiest, unfarmable land, that was often just where drillers struck oil starting in the first years of the 20th century, before statehood changed Indian Territory to Oklahoma in 1907. For a time it made the area around Tulsa the world's biggest oil producer.

For Eli Grayson, another descendant of Muscogee Creek Black Freedmen, any history that tries to tell the story of Black Wall Street without telling the story of the Black Indian Freedmen and their land is a flop.

“They're missing the point of what caused the wealth, the foundation of the wealth,” Grayson says.

The oil wealth, besides helping put the bustle and boom in Tulsa's Black-owned Greenwood business district, gave rise to fortunes for a few Freedpeople that made headlines around the United States. That included 11-year-old Sarah Rector, a Muscogee Creek girl hailed as “the richest colored girl in the world” by newspapers of the time. Her oil fortune drew attention from Booker T. Washington and W.E.B. Dubois, who intervened to check that Rector's white guardian wasn't pillaging her money.

The wealth from the tribal allotment also gave rise to Williams' family story of great-aunt Janie, “who learned to drive by going behind the trolley lines” in Tulsa, with her parents in the car, Williams' uncle, 67-year-old Samuel Morgan, recounted, laughing.

"It was real fashionable, because it was one of the cars that had four windows that rolled all the way up,” Morgan said.

In May 1921, 100 years ago this month, Aunt Janie, then a teenager, had to flee Greenwood's Dreamland movie theater as the white mob burned Black Wall Street to the ground, killing scores or hundreds — no one knows — and leaving Greenwood an empty ruin populated by charred corpses.

Black Freedmen and many other American Indian citizens rapidly lost land and money to unscrupulous or careless white guardians that were imposed upon them, to property taxes, white scams, accidents, racist policies and laws, business mistakes or bad luck. For Aunt Janie, all the family knows today is a vague tale of the oil wells on her land catching fire.

Williams, Grayson and other Black Indian Freedmen descendants today drive past the spots in Tulsa that family history says used to belong to them: 51st Street. The grounds of Oral Roberts University. Mingo Park.

That's yet another lesson Tulsa's Greenwood has for the rest of the United States, says William A. Darity Jr., a leading scholar and writer on reparations at Duke University.

If freed Black people had gotten reparations after the Civil War, Darity said, assaults like the Tulsa Race Massacre show they would have needed years of U.S. troop deployments to protect them — given the angry resentment of white people at seeing money in Black hands.